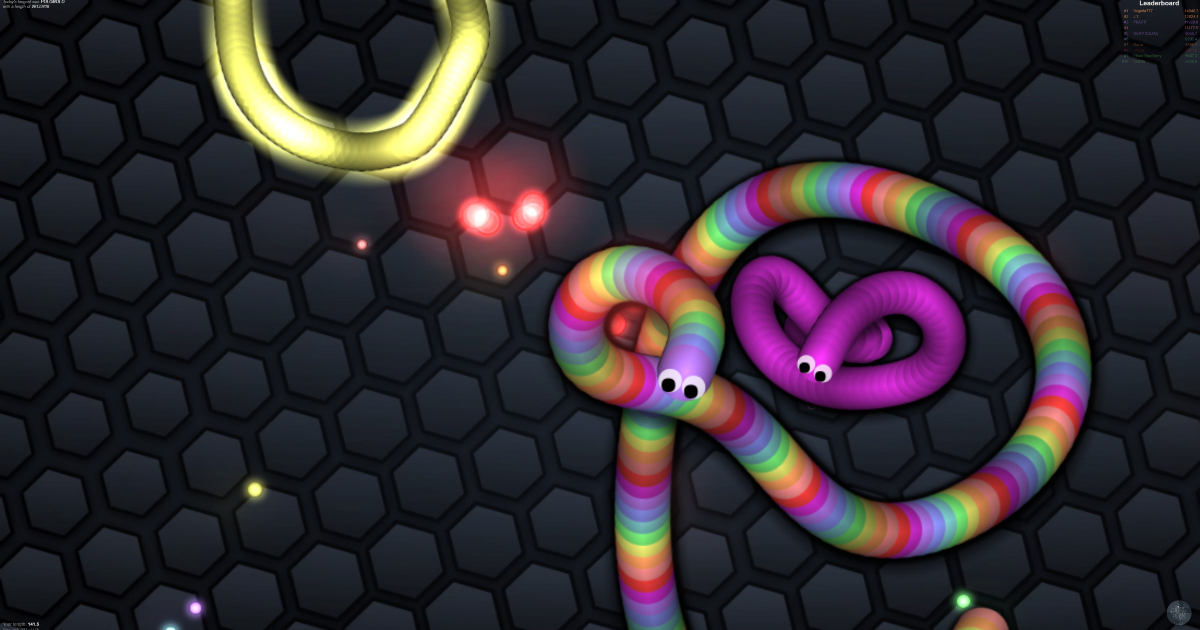 Slither.io was only released in March of 2016, but it’s one of the biggest web-based games out there right now. Slither.io combines the basic principles of Agar.io (another massive multiplayer browser game) with Snake, the classic arcade game. People have been drawn to the game’s simplicity, and it’s surprisingly addictive once you get into it. Not only that, but Let’s Plays from YouTube personalities like Markiplier and Achievement Hunter have served as free advertising for the web game.

In Slither.io, players use their mouse (or their finger, in the mobile app) to eat as many orbs as possible. As they eat, their snake grows. It’s really that simple. Although Slither.io may look like a game for kids, there’s actually a lot of strategy and gameplay involved. Players will sometimes spend hours at a time carrying out a single life, trying to become the longest snake in their room. If you have the longest snake of the day, you’re able to write a custom message that displays for everyone else playing the game. Are you looking to top the Slither.io leaderboards? In this article, I’ll share some tips and tricks on how to maximize your snake’s potential. 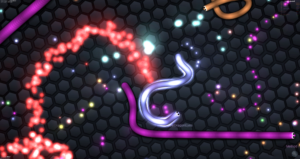 There are a lot of different strategies that you can exercise to live as long as you can in Slither.io. I’ll cut right to the chase and say that they key to long-term survival is patience. It’s easy to play aggressive in this game, but it’s important that you remain as calm as possible. By staying out of trouble, the game may not be quite as exciting, but you remain as safe as possible. When another snake dies and you see dozens of other players scrambling for their remains, you should mostly stay behind and just pick up whatever is left over. Being a bottomfeeder may not be the most glorious way to the top, but it will get you there very reliably.

Keep in mind, though, that this is a very slow method. Picking up the small orbs is fine when you just start off, but once you get bigger, you’ll find that you end up growing really slowly. So, it isn’t an entirely flawless strategy. However, for those of you with a lot of patience and with a lot of time on your hands, it should work perfectly. 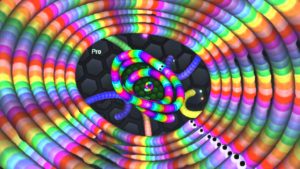 If the patient strategy isn’t for you, then there are plenty of ways to be a more aggressive Slither.io player. One of the biggest tools at an aggressive player’s disposal is the boost. On a PC, you boost by clicking in your mouse. On a mobile device, you boost by double tapping. Boosting isn’t advisable when you’re a smaller worm, because it causes you to lose orbs. However, when you’re a larger worm, the difference is too marginal to really matter. Boosting allows you to move quickly and snap up larger chunks before others do.

Not only that, but boosting opens up the world of attacking in Agar.io. By boosting you’re able to quickly jump in front of other worms, which instantly gives you first dibs on their remains. If you’re up for the task, you can also try your hand at the circling technique. The circling technique involves finding a smaller worm and circling around them over and over, tightening the loop until the smaller worm has no choice but to hit against your body. It’s not really an easy thing to do, but once you have it down, you’ll be able to grow very quickly.

As weird as it might sound, people take Slither.io really seriously. As a result, you’re not going to be the only one who is employing different strategies. You should be especially wary of the other snakes around you, especially once you become larger. As you grow, you’ll be considered a larger threat, and you’ll have people pursuing you relentlessly. Even if you’re trying to go the more passive route and stay on the outskirts of the map, people will hunt you down. Taking down a large snake usually means jumping high onto the leaderboard, and everyone is going to be looking for that opportunity. Just keep in mind that the other snakes you’re facing off against are human, too.

Just like with any other game, the best way to improve is through practice. Slither.io is really addictive to begin with, it shouldn’t be much of a chore to sit and grind out a few games. The more you get used to the game’s general culture and physics, the more success that you’ll have in this game. Just be smart, be alert, follow some of these tips, and I’m sure you’ll be topping the leaderboards in no time.