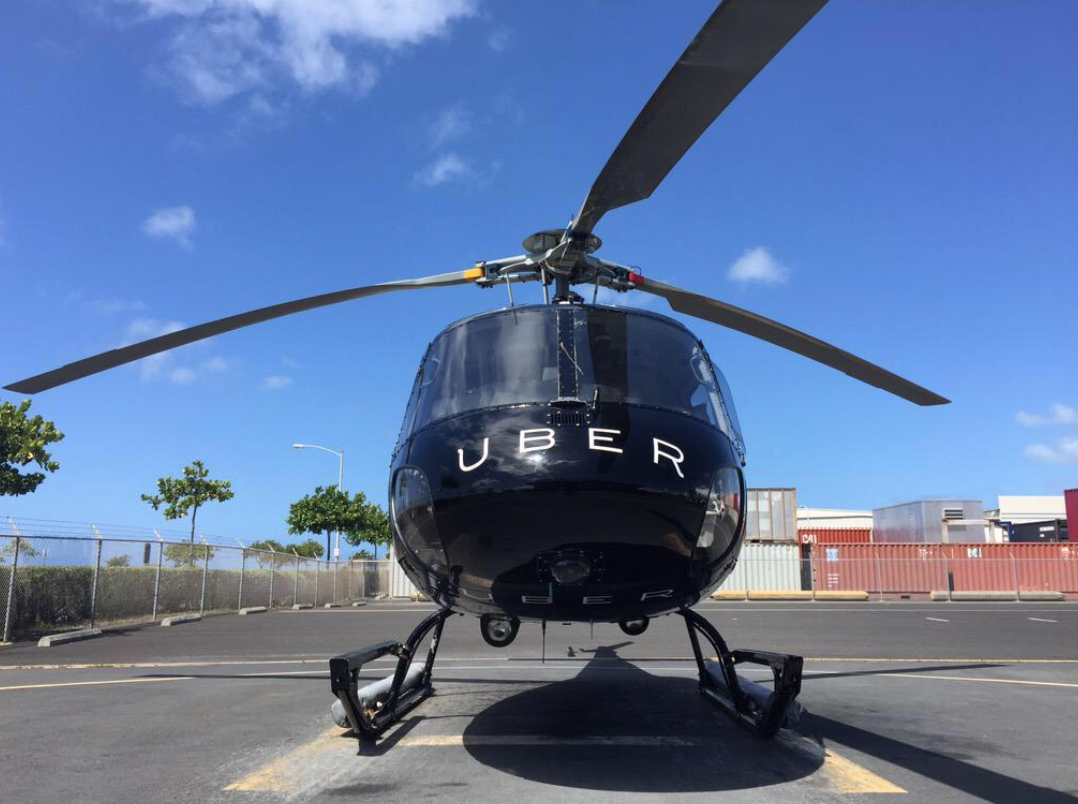 Uber has introduced a few services in the past but the latest allows customers to order a helicopter service in Brazil’s biggest city, Sao Paulo.

On Monday, the city became the first in the world where the company offers helicopter rides. The service takes customers to convention centers, hotels and airports. In the city, many buildings have helipads and there are hundreds of helicopters but this option is mostly used by millionaires.

Uber plans to change that soon and will test the service for a month. Starting prices are $26 per seat, not bad but that is just for a lift from one of Sao Paulo’s most popular neighborhoods to a hotel near the river. The distance for that ride is 6 kilometers.

One of the most expensive rides is to the airport, which costs $105. But that could be one of the most requested as car rides can take one or two hours. Uber representatives did not reveal the prices after the promotion ends on Thursday. They also didn’t reveal how many helicopters would be available for the service.

Uber recently partnered with Airbus Group and this service, which will take customers to airports and other places, will be tested for one month. But this isn’t the first time the company brings a helicopter service, in the past, they have helped take people to music festivals.

Uber isn’t the only one working on a helicopter service in the city. One of its rivals is also in talks with a few companies to bring helicopter rides to Sao Paulo. Their plan is to offer the service by the end of the year. which would give customers even more options to travel faster.

The popular app has faced a number of protests in Brazil these last few months. Taxi drivers in Brazil have said the service is taking their rides and jobs. This is one of the biggest reasons taxi drivers around the world have protested against the ride-sharing apps. But Uber’s idea is a new one for the city and should help customers get from one side of the city to the other in just a few minutes. Uber’s Sao Paulo helicopter service promotion ends on Thursday, so customers will know more about the regular prices in the next few days.

What do you think about Uber’s new service in Brazil? Let us know in the comments.