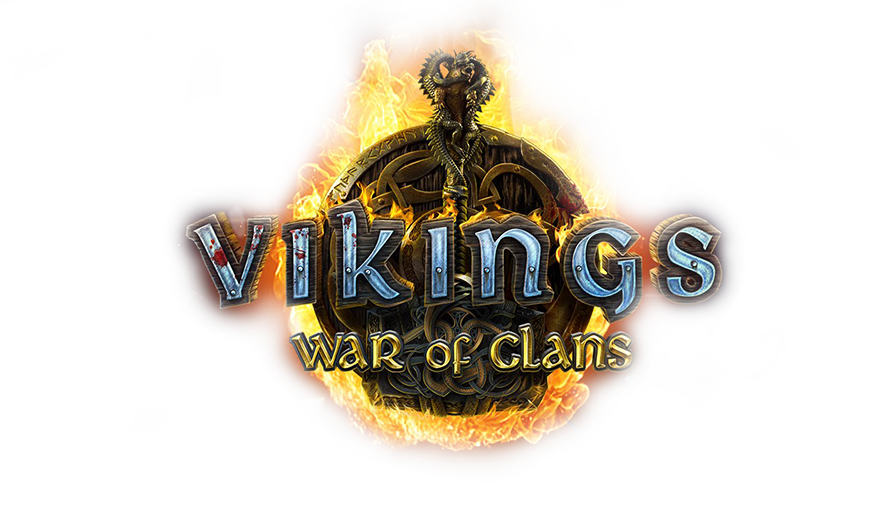 Vikings: War of Clans is a mobile strategy game where you are tasked in building a powerful army and conquering other players while managing your town and resources. It has the usual bits you see in other mobile games of the same genre like long waiting times, completing quests, allying with other players, and of course being tempted with premium currency to speed things up.

If you are new to this game in 2017 or a veteran who is looking for a couple of pointers about the game then read on. 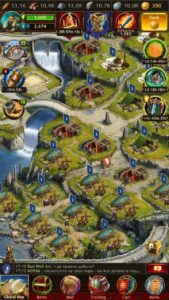 Building resource-gathering structures in your town is one of the ways in amassing resources in Vikings: War of Clans. There are 25 tiles reserved for these structures on the east side of your town. One good thing about this game is that you can easily construct and demolish these resource gatherers (and the other buildings as well) so your town can easily adapt to any economic situation.

Having a crisis on a certain resource like iron or stone? Why not dedicate all 22 tiles for mines or stone quarries? The remaining 3 tiles are where the farm and the other gatherers will be placed. This will ensure a huge flow of a certain resource but at the cost of slowing down the income on the others. This kind of setup also works when you are in a clan that practices the sharing of resources. Each of you clan members will dedicate your towns in producing a certain resource and split it with the others who gather the remaining resources.

Or if you want to be on the safe side you can just build an equal number of resource buildings. Doing this will land you with 6 of each building with one extra tile left which is best reserved for another farm. Alternatively you can build more farms and leave the balanced numbers on the three remaining resources (10 farms, 5 lumber mills, stone quarries, and mines). This setup will give you adequate food production without sacrificing the other resources, considering how important food becomes in the later stages of the game.

Keep in mind that you should plan first on what resource building to place in a tile. Demolishing and reconstructing takes time and costs you resources which could be wasted if you fail to do some careful planning.  Also don’t forget to make the most out of the free instant completion of constructions when the building time becomes less than five minutes. 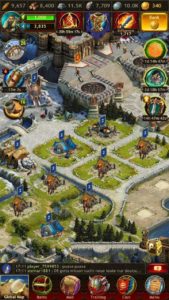 On the left side of your town are the tiles for the buildings that deal with military aspects. The only ones that you can build multiple times are the barracks, manor, and infirmary.

Building many barracks does not really provide any useful benefit. It only increases the maximum amount of troops you can train per batch. You are better off with only two or three barracks that are fully upgraded.

The manor not only provides you with silver (used in researching knowledge at the Oracle) it also grants a 1% increase to the speed of your troops’ training time. A fully upgraded manor provides a 25% increment and it stacks between multiple manors. There is no reason to not build many manors as the benefits it grants is undoubtedly useful in all parts of the game.

Infirmaries ensure that your fallen troops can still be revived. The usual strategy is to have an equal number of beds with how many troops you have. You might think that you can just re-train troops that you lost but reviving them is of course faster. If you are a player who always uses a peace treaty then you won’t need too many infirmaries and vice versa. Keep in mind that you will need to pay for resources to bring back defending troops. If it is troops that you lost outside of your town then you will have to fork out Gold.

You will need a powerful army to dominate the opposition and to defend your town. Troop counts in Vikings: War of Clans can reach up to six digits so it is imperative that you have enough resources to train huge hordes and to make sure that you can get them up and running as fast as possible.

Aside from building multiple manors there are other ways to speed up training times. The hero skills Training Speed I and II provide an additional 120% when fully upgraded. The Oracle has three Training Speed upgrades as well.

Certain hero equipment can benefit troop training times like the Lion Lockets and Khazar’s Bow. Try to get them to Legendary rarity so you can have the best possible boost percentages.

Don’t forget to strengthen your forces with hero skills and the boosts found in the Oracle’s Military Knowledge.

One of the best ways to amass a large force is to build three to four barracks and upgrade them until your training time for an entire batch clocks at around 8 or more hours. Once you have achieved it you can train your forces before you sleep so when you wake up you will be greeted by a massive horde of battle-ready Vikings. 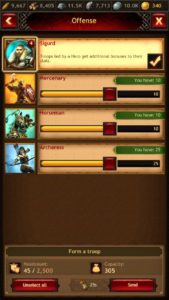 Before deciding to attack a target you should scout first to see what kind of units are defending. In Vikings: War of Clans you can’t just amass one type of unit and expect victory in every attack unless your opponent only has one troop type defending his town. Each of the troop types in this game has corresponding strengths and weaknesses versus the other types. Here is a quick cheat sheet for you:

Joining a clan and working with other players is better than going lone wolf. Not only your clansmen can help you with defenses and resources, being in a clan also allows you to start or join an Onslaught. The Onslaught allows clansmen to band together and attack a specific target, thus bolstering their forces immensely. Up to four allies can join while additional slots can be unlocked. After an Onslaught the surviving troops return back home unscathed.

Prey on towns that look like they’re abandoned by their players. This is pretty obvious if you see a town that has a good amount of resources yet without even a single troop defending it. Talk about easy money. 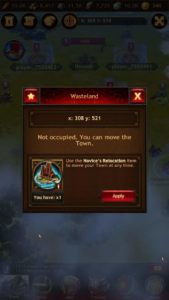 Don’t forget to use the Novice’s Relocation while you still have it. This function allows you to move to a new Kingdom. It is ideal if you want to relocate somewhere where you are at equal footing with your neighbors or if you want to stick together with your friends or fellow clansmen. Once your Palace is upgraded to level six you will no longer be able to use this.

If you are new to the game it is usually ideal to finish the quests without claiming their rewards. This way you’ll have some reserves that you can get if you are short on dough.

Link your Facebook account to the game. This will ensure that you will not lose progress if ever you change devices or lose the game for some reason. Also you will be rewarded with 1,000 Gold for doing so.

Peace Treaties are the best purchases you can make with Gold. With it your town becomes protected from enemy attacks and saving your precious resources from being pillaged. Don’t waste it in instantly finishing construction or training times unless absolutely necessary.

Avoid cheats or hacks that offer unlimited amounts of resources and Gold. These programs usually contain keyloggers or other potential dangers to your device. You could also risk getting banned in the game.

There we go with the tips and tricks for Vikings: War of Clans. Set up your resource collectors properly, build up your army, and destroy anyone who gets in your way. Good luck and be the most feared Jarl the world has ever seen.