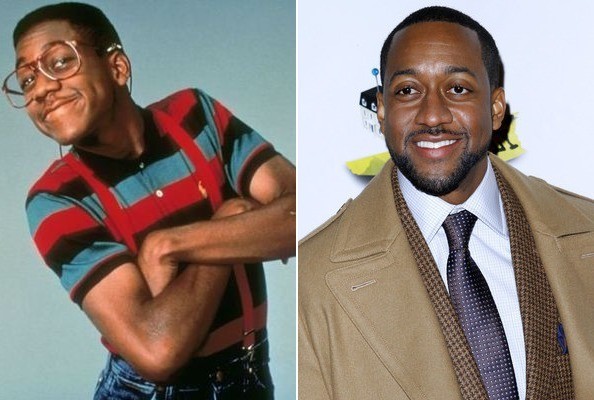 Jaleel Ahmed White, more commonly known as “Steve Urkel” his television name, was one of the most memorable TV character in the 80’s and 90s. The guest star that was supposed to make a one-time guest appearance in the show, Family Matters, became the show’s ensemble dark horse, almost single handedly fueling the show’s nine year long run. But what happened to this lovable, suspender wearing, nerdy child star after the end of Family Matters? 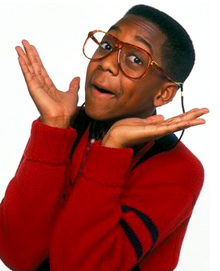 Jaleel White was born in Culver City, California. He was the only child of Dr. White and Gail. Jaleel attended South Pasadena High School and graduated from UCLA in 2001 with a degree in Television and Film.

Jaleel entered showbiz at the age of 3 with the encouragement of his preschool teacher. He did a few commercials in his early years, of which he most notably appeared in a Jell-O commercial alongside Bill Cosby.

In 1984, at the age of 8, he starred in his first TV series called The Jeffersons where he portrayed a piano playing child prodigy. He went on to perform in another TV series, Charlie & Co. He was almost cast as a Huxtable in The Cosby Show before Bill decided that he wanted the cast to mirror his own family, and was rejected in favor of a female actor.

He didn’t rise to national stardom until he guest starred on Family Matters. His one-time appearance as a date of one of the three children on the show, boosted the networks ratings and secured him a permanent position. Since his appearance on the show, it became a hit. Steve Urkel became a household name. Urkel delighted the audience with his goofy ways, his awkward outfits and his torturous catchphrase, “DID I DO THAT?”, seriously how long can you last on this video?  Merchandise of Steve Urkel began to sell in the stores. Everything from t-shirts to lunch boxes to talking dolls. He even had his own brand of cornflakes. During that time, he also voiced Sonic the Hedgehog in many cartoon iterations of the character.

Jaleel White had quite a successful career from the age of 12 to 22. Jaleel also wrote one episode for the show at the age of 19, which became the top rated episode for that year. Family Matters became one the most popular shows featuring an African American family, depicting their lives and struggles on a daily basis. It rivaled The Cosby Show.

In the later years though, Jaleel had become quite tired of being associated with the nerdy character that everyone was used to see him do. Jaleel had outgrown the character that he played and was quick to distance himself from it. He didn’t want to be known as a 1 trick pony. At the age of 22, when the show ended, Jaleel infamously stated in an interview, “If you ever see me do that character again, take me out and put a bullet in my head and put me out of my misery.” He also had to make several physical sacrifices to maintain his nerdy looks.

“I wasn’t changing my hair; I was staying out of the gym,” he said.

“To be honest, I was retarding my own growth as a man in order to maintain the authenticity to what I thought that character should be.”

After the end of Family Matters, Jaleel went on to star in many other TV series but none of them were as well received as Family Matters. The following ten years of his life mostly comprised of guest appearing in various other shows, which included Grown ups, Big Fat Liar, Boston Legal, House M.D., NCIS and Hawaii Five-0. He even hosted a show on the channel SYFY called Total Blackout, but it was given the axe after two seasons. He was also known as one of the worst cooks in America.

People are wondering now if he will ever reprise the role of Steve Urkel again, but Jaleel says that, “I can’t envision how I could do it in a way that would be irreverent and fun for both me and the viewing audience,” 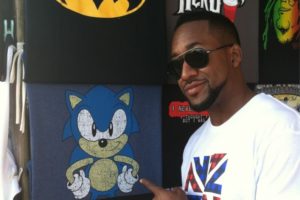 Now at the age of 39, Jaleel is as handsome as ever. He has had a busy career since his role of Steve Urkel, but none as memorable as Steve himself. He recently filmed for an animated movie called Guardians of Luna. His most recent claim to fame was in 2012 when he competed in the US version of dancing with the stars and went on to win several rounds. Jaleel is still trying to get the versatile actor tag in his name, but the role of Steve Urkel stinted that growth. Nevertheless, Jaleel has never stopped acting in his 31 long years of career in the entertainment industry. We are looking forward to see him in his upcoming movies The Preachers Son and The Choir Director.