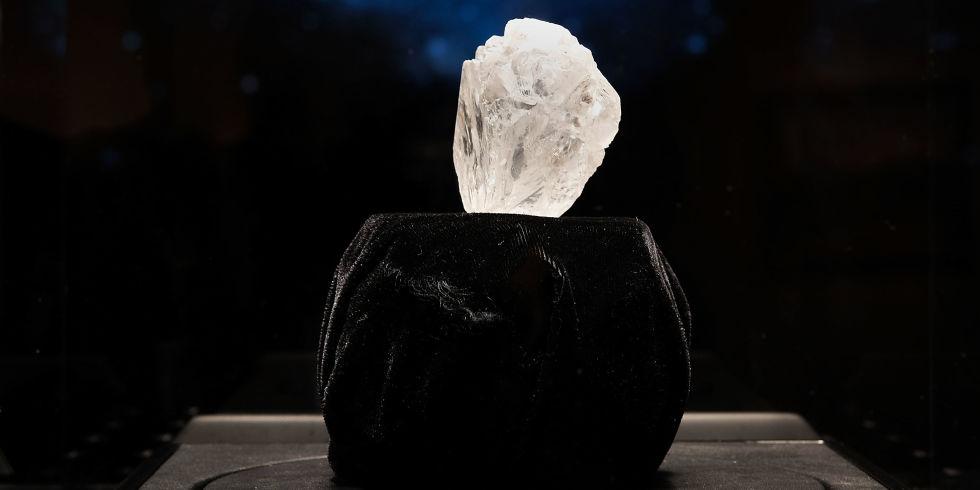 The largest diamonds usually sell for millions at auctions but the world’s largest is still waiting for the right bid.

The world’s largest uncut diamond went on sale at a public auction yesterday at Sotheby’s in London. The 1,109-carat stone did not sell because it did not meet the minimum price. Details about the minimum were not revealed but a few were interested, bidding millions of dollars for the stone.

The last bid was $61 million but the total cost would have been $68 million with the 12 percent fee. The bid wasn’t enough to buy the stone and buyers will have to wait for another auction. Henri Barguirdjian, president and chief executive of Graff Diamonds, said that if you divide the 1,109 carats, it is about $62,000 per carat. He added that it is a very high price for a rough diamond stone, so obviously the reserve was too high.

The world’s largest uncut diamond was discovered in the Lucara mine in Botswana. The stone went on sale at the public auction instead of being sold to those working in the diamond industry. This move rarely happens but it didn’t work for this stone as it didn’t reach the minimum.

Lucara and Sotheby have sold other diamonds in the past for millions of dollars and hoped the world’s largest would catch the attention of those who love luxury. A few weeks before the auction, those interested in buying the stone had a chance to examine it. But after yesterday’s auction, it seems like the price was too much, receiving one last bid for $61 million.

The world’s largest diamond was actually given the name Lesedi La Rona, which means Our Light in the Tswana language. The company announced the discovery in November 2015 and a few months later it was revealed that it would be sold at an auction. It is the second largest diamond ever found and experts believed it would sell for as much as $70 million at the auction. The last bid was $9 million less but did not meet the minimum, which means Lucara will retain the historic diamond.