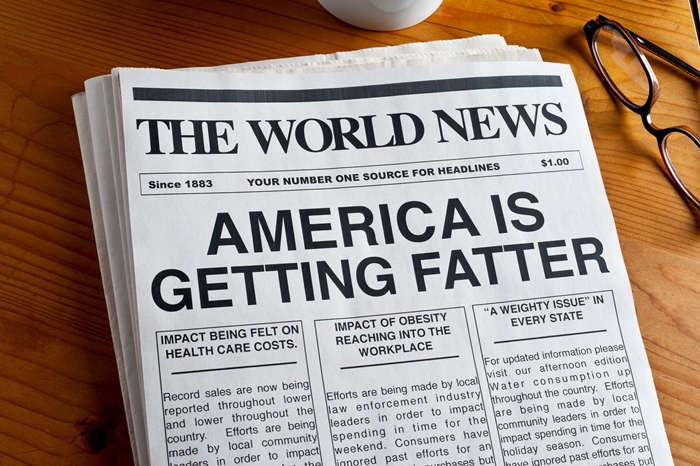 It’s clear that the United States has an obesity problem. Despite the fact that it is the richest and most powerful country in the world, it is also one of the fattest. The rate of obese Americans has constantly been on the rise over the years. The CDC says that, over the course of a lifetime, the medial costs for someone who is obese will be around $1500 more than someone who is not obese on average. When you consider that more than one in every three Americans are obese, you can easily imagine the extent of the costs incurred by America’s obesity problem.

When we look at the list of the top 10 fattest cities in America, one thing is immediately clear. Nearly all of them are in the south. When you look at the percentage of obese people in a state like Washington or Oregon compared with a state like Texas or Louisiana, the different is startling. There are many factors that could be contributing to this disparity. For starters, the south is poorer on average. Lower incomes leads to less healthy eating which leads to obesity problems. Additionally, the south has a history of unhealthy food, with a style of eating based on fried chicken, barbecue, and fast food. Also, southerners don’t walk as much as people in places like New York or California. With people living in the suburbs and the places they need to travel to being more spread out, there is less chance to walk or bike around so southerners need to rely on their cars more. Additionally, it’s obviously really hot in the south. Fewer people want to be outside getting active and walking around when its miserably hot; they’d rather sit around inside with the air conditioning on.

For these reasons and more, the southern part of the United States is much fatter than the north. Let’s take a look at which cities have it worst when it comes to obesity.

Arkansas has, for years, been one of the fattest states in America, so it makes sense that its capital and most 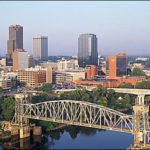 populous metro area is one of the ten fattest cities. A number of social programs have popped up in Arkansas and in Little Rock specifically over the last decade or so to try to tackle the obesity problem in the state and city. One study says if Arkansas could knock around five percent off of its overall obesity percentage, it could save around six billion dollars in medical costs.

Greenville is one of the smallest city on this list of America’s fattest cities. It has a population of only around 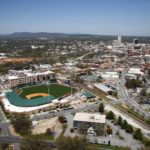 sixty thousand, so its not even in the top five biggest cities in South Carolina. Greenville saw a worryingly large jump in its obesity rate a few years ago. Betwen 2005 and 2011, the obesity rate grew by eight percent, from 58% to 66%. However, it’s considered to be one of the fastest growing cities in the United States, one of the cities with the best job market, and one of the best cities to be in as a young professional. These are positive signs, as increased prosperity can usually be counted on to bring forward better health programs and lower obesity rates.

There’s that old saying about how everything is bigger in Texas. There are multiple videos on YouTube of 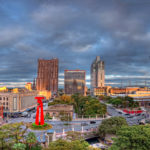 retired basketball star and current analysts Charles Barkley laughing hysterically and making jokes about how the women in San Antonio are generally overweight. The comments were clearly offensive and angered many. Sexism aside, there clearly is a weight issue in the city of San Antonio. Over thirty one percent of the people in San Antonio are obese, which is well over the national average. What is also concerning is that, while a city like Greenville has a small population and a high rate of obesity, San Antonio has both. San Antonio is the seventh largest city in the United States, which means that it has the most obese people on this list in terms of sheer numbers, not as a percentage.

Alabama is said to be the sixth most obese state in the United States, so it isn’t surprising that one of its 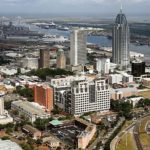 biggest cities finds its way onto this list of the ten fattest cities in America. Earlier on this article, I touched on the fact that all of the cities on this list are in the southern half of America, which is strange but explainable. A further distinction that can be made is that a disproportional amount of these cities lay on the Gulf Coast when compared to other parts of the south. According to health reports from Mobile, the obesity rate in the city is on the rise, overweight rates are on the decline, and healthy weights are constant. What this means is that further weight problems are developing in people who already have weight problems, but the rest of the population is under control.

Tennessee has the forth worst obesity rates of any state in America, and they also have the second highest 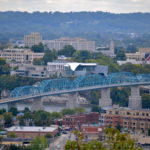 diabetes rate. They are also in the top ten for instances of hypertension, childhood obesity, and physical inactivity. These things are all related, of course. The problems with obesity in Chattanooga are often overshadowed by those in Memphis, which is the fattest city in Tennessee by far. However, Chattanooga has a real problem with childhood obesity and asthma, and are taking steps as a city to implement programs to turn things around in the city.

Ok, this one makes sense, doesn’t it? New Orleans is famous across the world for its food. Gumbo, po-boys, 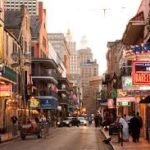 and beignets are delicious, but none of them are part of a healthy diet in any way. New Orleans has a large number of fast food restaurants in the city, and high unemployment. It’s unbearably hot and muggy in the summer, so people don’t like to move around a whole lot. According to recent statistics out of New Orleans, less than fifteen percent of their population are getting enough activity and exercise. Almost half of the population don’t eat fruit on a daily basis, and around a third of the population don’t eat vegetables every day. They have, however, established Fit NOLA. Fit NOLA is a multi-faceted approach to tackle their obesity program that includes creating safe exercise spaces, encouraging healthy lifestyles for kids, and supporting healthy eating establishments like farmer’s markets.

Right now, the fattest state in America by percentage of obese people is Arkansas. However, for years that 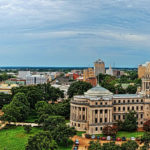 distinction has been held by Mississippi, and Mississippi is still in the top three now. Jackson is the capital of Mississippi, and the largest city in the state. Mississippi also has the highest rate of childhood obesity in America right now. It is sad to hear, but around half of the children in the state are overweight or obese. Health officials in Mississippi have said that if the state can’t turn around its obesity epidemic soon, it will have profoundly bad implications for both the health care system and the overall economy of the state. 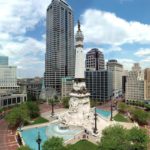 the United States overall. Indianapolis is kind of outlier on this list because it is the northernmost state, and is surrounded by states that don’t have nearly as bad of obesity problems. It also doesn’t have the same kind of problems with childhood obesity and diabetes that other cities on this list have. Still, it has a very high adult obesity rate, and is the seventh most obese state overall.

Shreveport is the third biggest city in Louisiana, after New Orleans and Baton Rouge. It has appeared on 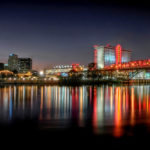 various lists in recent years as being the fattest city in the entire country. Shreveport is second overall when it comes to the percentage of its population that can be classified as obese. It is forth in diabetes, and has the second most instances of high blood pressure. Troubling statistics across the board like this means that a large scale, systematic change is needed in a city like Shreveport to prevent a further health epidemic.

Memphis has become known as the fattest city in America in recent years. This legacy could be traced back 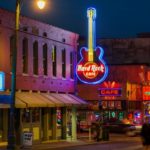 to the lifestyle habits of its most famous resident, Elvis Presley. Elvis, a healthy youth, slowly became very overweight through his affinity for fried peanut and banana sandwiches, lack of exercise, and generally unhealthy life habits. Memphis is also considered to be the barbecue capital of the world. A diet heavy in saucy, barbecued meat is obviously not the healthiest idea. However, the problem is obviously a lot more complex than just a fondness for unhealthy food. Poverty, lack of access to exercise facilities, and an abundance of unhealthy fast food have all contributed to making Memphis the fattest city in the United States.