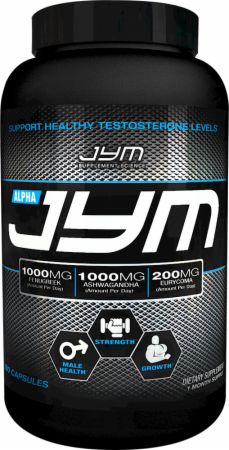 Alpha JYM by Jim Stoppani’s supplement company JYM is a new testosterone increasing supplement filled with natural ingredients aimed at men.  Many of the ingredients shown on the bottle may be foreign for many individuals new to testosterone boosters and I’m here to help you understand what each substance does.  Let’s dive in!

Fenugreek is derived from the plant Trigonella foenum-graecum L and its use has been prevalent in both Ayurveda and Traditional Chinese Medicine.  Similar to how we use curcumin (turmeric) and capsaicin (peppers), fenugreek seeds are also used as a condiment which is where their effects were historically studied by older generations.  In the Arabic regions as well as India in particular recommended fenugreek for increasing libido and enhancing masculinity.  These effects were studied in a more controlled setting and the results were published in the Journal of Phytotherapy Reseach back in 2011.  The double blind study consisting of 60 male subjects were given either 600 mg of Fenugreek extract (‘Testofen’) or a placebo daily over the course of 1 – 6 months.  The age groups spanned from 18 – 64 and the findings indicated that those given the fenugreek extract experienced increases in both arousal and libido.  It’s still unclear if the treatment would carry over to those with problems with erectile dysfunction but the findings were significant and definitely promising for a natural alternative.

This ingredient is also very active in women, specifically for breast milk production.  A study published in 2011 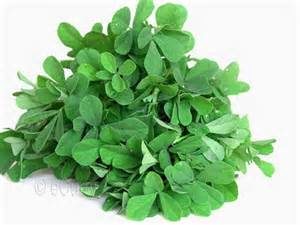 compared fenugreek to a control and a placebo on 66 women between the ages of 18 – 44.  The findings were overwhelming, resulting in more than double the average milk production in women taking fenugreek compared to the other two groups in the week long study.

As far as increasing testosterone levels go, I was able to find a few papers (here’s one) which seemed positive and could result in increased levels.  Unfortunately, there was an overwhelming amount of evidence to support that fenugreek supplementation would result in little to no testosterone levels.  It seems that aside from increasing libido and breast milk production, fenugreek’s only other use where its effective is for normalizing blood sugar levels.

On an interesting note, fenugreek may cause your urine to small like maple syrup after prolonged use.  The specific condition is called maple syrup urine disease (yes, it’s a real thing!).  The aromatic compound in fenugreek is called sotolon and exists in urine of those who have such a condition.  It may not boost your testosterone, but at least you have a cool story bro.

Damiana is another extract that’s derived from the leaves of the plant Turnera diffusa.  Similar to fenugreek, damiana has been traditionally used as an aph 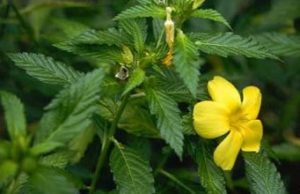 rodisiac and was commonly used in Central and South America.  Based on historic use and anecdotal evidence, damiana may also be a stimulant and possess qualities that allow it to be used as a diuretic and a laxative.

After a bit of probing, it was difficult to find very much evidence for damiana as a testosterone supplement.  Even more interesting, despite its historic use as an aphrodisiac the evidence was very underwhelming in terms of its effectiveness.  For complete disclosure, damiana has not been widely studied so the effects of supplementation are still likely unknown.

Diindolymethane is a metabolically-active molecule found in kale, broccoli, and other members of the Brassica genus of plants.  It’s particularly useful for controlling estrogen levels in the body and at lower dosages (100 mg), this molecule may act as an aromatase inhibitor which would prevent the conversion of testosterone into estrogen.  I suppose this is why JYM decided to include diindolymethane into Alpha JYM.  It’s important to note that very high dosages of diindolymethane can result in the opposite effect where estrogen synthesis can increase, though it’s an unlikely scenario with the 250 mg dose present in this testosterone booster.  Unlike the previous two ingredients we’ve covered, diindolymethane does seem to have a significant effect on testosterone levels.

As a side note, diindolymethane is one of the reasons why Brassica plants are considered so healthy.  It has a lot of anti-carcinogenic effects in the body when consumed.  Eat your broccoli!

Ashwagandha, or Withania somnifera, is an herb that’s also widely used in Ayurveda medicine.  This herb has had a number of studies performed on it and it’s widely regarded as an adaptogen which are substances that combat stress (physically and chemically).  As far as adaptogens go, ashwagandha is quite potent.  A double blind study published in 2000 studied the effects of ashwaganda supplementation of 250 mg dosed twice a day for six weeks in 21 subjects who have been diagnosed with generalized anxiety disorder.  The test subjects reported significant improvements in both depression and anxiety symptoms.  In addition the supplementation did not have any more adverse effects on the subjects when compared to the placebo group and was generally tolerated well.  Many drugs used to treat anxiety tend to have side effects such as nausea, headaches, dizziness, and drowsiness so the results with this supplement are very encouraging.

I have not been able to find a study performed on men with normal testosterone levels who’ve taken ashwagandha and experienced increases in testosterone.  If you’ve been in the market for a supplement to help increase your levels of testosterone, keep in mind that the majority of supplements are simply there to aide those who are naturally low in testosterone by fixing a nutrient deficiency or have effects on your libido to give the impression of increased ‘manliness’.  Fortunately, this herb is beneficial in a number of ways outside of treating anxiety, stress, and depression.

Keeping in line with our long list of ‘boner’ medicine, eurycoma longifolia root is a plant derived extract that’s been traditionally used as an aphrodisiac.  In terms of increasing libido, this proerectile supplement is quite effective.  A randomized clinical trial was published in 2012 studying a total of 109 male subjects between the ages of 30 and 64.  This double blind study tested daily supplementation of 300 mg of eurycoma l 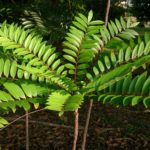 ongifolia extract for 12 weeks.  The results noted erections and libido increased by roughly 8% compared to the control group and weight loss was also observed in subjects with a BMI above 25.  In addition to increased libido, decreases in both subjective stress perceptions was noted along with reductions in cortisol levels have been reported in clinical trials.
As for increasing testosterone, eurycoma longifolia has little to no evidence to suggest its effective in this regard.  Similar to ashwagandha, supplementation with eurycoma longifolia would likely only be effective increasing testosterone levels in men with naturally low testosterone levels to begin with based on the mechanisms at play in the human body.  I found a total of three studies exploring use for increasing testosterone levels and they were consistent in their findings for suggesting no relationship between supplementation and testosterone concentrations.  Again another ingredient that’s wonderful for boners just not for testosterone.

Quercetin is a bioflavonoid compound notably found in apples and onions.  Bioflavonoids are often linked to having antioxidant and anti-carninogenic properties and quercetin is no exception.  Specifically, this compound has been linked to helping fight against cancer and free radicals in the body as well as normalizing cholesterol levels.  It’s generally a very healthy compound for supplementation and it’s good to see it present in Alpha JYM due to that reason alone. 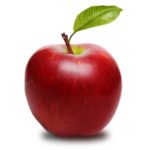 Quecetin may be one of the few ingredients in this cocktail that may actually result in increased testosterone levels.  While the evidence is very limited, a study performed on rats showed increased testosterone levels after 20 days of supplementation with 4 grams of quercetin per kilogram of bodyweight.  While this dose is relatively high, smaller doses of 20 mg per kg of bodyweight has been shown to prevent decline in testosterone levels in rats.  Again, the literature available is still limited and most of the evidence has only been shown in rats but the early signs are very promising.

A 60-serving bottle of Alpha JYM will run you about $30 when purchasing online, this equates to about $1 a day as the company recommends you take one serving twice a day.  For a testosterone booster, this puts this product on par with most of the competitors in the market though the ingredients list leaves much to be deserved based on the amount of scientific evidence that’s lacking with many of the compounds present.

Alpha JYM is a promising new supplement for increasing testosterone levels in men.  While many of the ingredients are considered very cutting-edge, there is still a limited amount of scientific evidence in regards to its ability to actually increase testosterone levels in normal, healthy men.  If you suffer from naturally low testosterone levels, Alpha JYM should have a tremendous effect on you and it comes at a fair price for naturally increasing your levels.  At the very least, it’s a bottle packed with potent aphrodisiacs so at least your lady will love it!