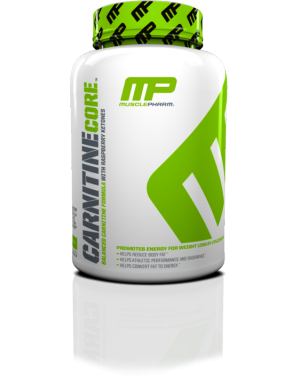 Carnitine Core from MusclePharm is a weight loss and performance enhancing supplement that claims to turn fat into energy.  Its main ingredient is the amino acid L-Carnitine and it’s marketed as a stimulant free fat metabolizer.  I’ve been a fan of MusclePharm for quite some time now, especially for their Shred Matrix weight loss supplement, and I’m excited to review one of their latest products and see what science has to say about L-Carnitine for weight loss.  Let’s dive in!

L-Carnitine is an amino acid naturally found in meat products, dairy, and human breast milk.  Carnitine exists in two forms in the human body: L-Carnitine or the acetylated form, Acetyl-L-Carnitine (ALCAR).  Generally speaking, carnitine is an essential compound in the body and deficiency is typically found in malnourished infants due to lack of breastfeeding and vegetarians & vegans due to insufficient protein consumption.  Carnitine deficiencies tend to manifest itself in humans in the form of muscle weakness, liver problems, and cardiomyophathy where the heart has problems delivering blood throughout the body.  If you’re meeting your nutritional needs, likelihood of you suffering from a deficiency is pretty minute as the symptoms are very severe.

Carnitine supplementation is a heavily studied area in science as carnitine-related compounds are related to the effects of aging and mitochondrial disease.  One of the effects aging has on our bodies is our mitochondria begin to lose efficiency.  Mitochondria are energy producing organelles found in our cells which su 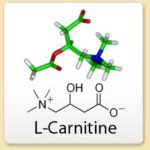 pply us with energy in the form of ATP and heat.  As we age, several defects begin to occur within our mitochondrial cells and our bodies have to work much harder to supply us with the same amount of energy.  Carnitine, or more specifically ALCAR, is hypothesized to fix these defects, thus allowing our mitochondria to maintain their efficiency.  In addition, ALCAR is also proposed to be very beneficial to our heart muscles as an anti-aging compound.  While the effects have yet to be directly proven, in vitro studies suggests positive results.

Ingesting carnitine has also shown positive effects in the liver.  In several studies performed in patients suffering from hepatic issues as well as healthy individuals, reductions in ammonia levels in the body were always recorded after carnitine supplementation.  While most of the tests recorded changes in ammonia levels after 90 days of supplementation, one test showed positive signs two weeks.

Another benefit of carnitine supplementation in men are improvements in sperm quality.  Multiple studies have been published on the subject and all signs have been very positive.  In one double blind study lasting six months, carnitine was given to a group of infertile male subjects while another group was given a placebo.  The ages of the men ranged from 18 – 44 though most were overweight.  After six months, noticeable improvements in sperm quality were reported with the groups taking 3 grams of carnitine daily.

While carnitine supplementation has been proven to increase fat oxidation in the body in subjects who are deficient, it has had virtually no success on otherwise healthy individuals who currently follow a well-balanced diet.  On the other hand people who are vegetarian/vegan or elderly may experience strong benefits with carnitine and in which case, carnitine supplementation is strongly recommended.  As for MusclePharm’s claim to ‘turn fat into fuel’, it simply isn’t the case.  They may be referring to carnitine’s ability to transport acetyl groups out of a cell and into the blood stream, where acetyl groups are typically a part of fatty acids.  Unfortunately, additional carnitine in people who suffer from such deficiencies are unlikely to enhance this process even further as it’s tightly regulated by the body.  Sorry MusclePharm, but additional carnitine is unlikely to provide any fat burning benefits for its targeted consumer.

Used commonly in processed foods as a flavoring agent, raspberry ketones have become popular in the last decade due to a study where it showed increased ketones in a cell, an indirect measurement of increased fat burning in the body.  The research has yet 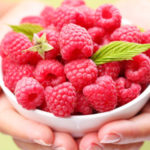 to show and significant effects in the human body and the original test required a very high dose before a response was observed.  As a fat burning supplement, I can’t recommend raspberry ketones but it does serve some beneficial purposes.  In several studies, raspberry ketone supplementation have resulted in increased hair regrowth and better skin elasticity when tested against a placebo.  For aesthetics, this ingredient does have a pleasant upside but just don’t expect to burn any more fat with it. 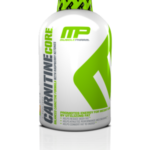 Carnitine Core comes in both liquid and capsule forms.  If you choose to take the liquid form, I found the citrus flavor in the sample I received to be very pleasant and easy to take.  Remember, raspberry ketones are widely used in the food industry and it comes as no surprise that a supplement that includes it tastes great.  This product uses sucralose as a sweetener so if you enjoy products flavored with Splenda, you’ll be sure to like this product.

Carnitine Core from MusclePharm would be an amazing weight loss supplement… if it worked.  I would gladly pay the $14 per 30 serving bottle if it lived up to its claim of utilizing fat for fuel.  Unfortunately, both ingredients listed on the bottle have yet to show any significant impacts for helping healthy individuals lose weight.  If you fall into the category of having an incomplete diet and/or elderly, Carnitine Core may be beneficial to you.  For the rest of us, save your money for a weight loss supplement that actually works.  MusclePharm makes a great thermogenic supplement which we’ve reviewed here in the past.  Give that a try!