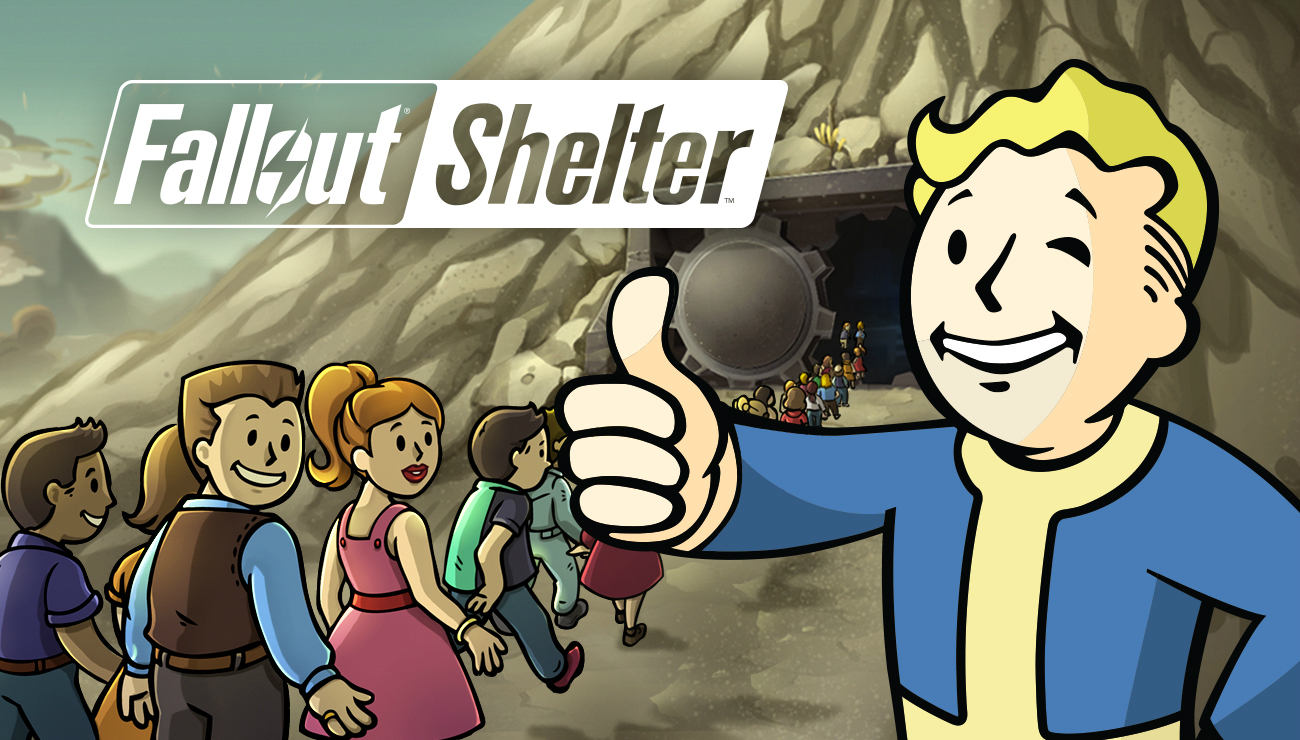 Since Fallout Shelter has just updated and recently released for the PC under Bethesda’s own network, now might be a good time to help get you updated on some tips, tricks, and cheats to maintaining your vault and surviving in the wasteland.

Fallout Shelter is a game where you play as the Overseer, maintaining a Vault of Vault Dwellers that perform common tasks such as generating electricity, creating food, and purifying water to create a better quality of life for your other vault dwellers. It is up to you to maintain all your resources and oversee the development of your vault to ensure a happy, healthy place to live. Here are some tips, tricks and cheats to get you started:

Think ahead for the future

Think ahead for what you might need to build in a few days, not necessarily what you need for right now. For example, I built most of my stimpak production and my training facilities in a 2-wide slot, where it could and should be a 3-wide slot; this has messed me up in the long term unless I want to destroy my buildings and elevators, and start fresh. So, think ahead about your vault design for the long-term – it might not be a good idea to build an elevator or another building in a slot, as another building might be better used there and might be critical to the success of your vault.

When certain rooms are touching the dirt and they fail a rush, they have a higher chance to generate mole rat and giant radroach attacks. It’s a smart idea to insulate your entire vault with elevators and buildings that you don’t need to rush, such as housing and your training facilities. If your room is not touching dirt whatsoever, you will always generate a fire during a failed rush, which is great since fires are the least harmful incident to your vault dwellers.

Invest in weapon and armor production

Invest in your armor and weapon workshops early to unlock rare and legendary armor and weapon production – this can drastically affect how long your dwellers survive in the wasteland, and even stop those pesky deathclaw attacks dead in their tracks. When you have two heavily armored and armed guards in your vault, you can almost always kill off two of the three deathclaws before they move on to the rest of your base, and with a good dweller, you can begin to accumulate a mass of rare and legendary weapon and armor blueprints quickly.

Invest in the future generation of vault dwellers

Be smart about how you intend to breed and produce more vault dwellers; it is often smart to create a “model citizen” with incredibly high stats, although this may take some time. By breeding this citizen over and over again, typically as a male, you can cut the training time for your vault dwellers in half with already-trained stats.

In addition to breeding the best your vault has to offer, also be smart about your placement of SPECIAL attribute training rooms; it might make economical sense to place some rooms in a 2-wide slot, but certain rooms, such as the endurance and perception raising rooms, make sense in a 3-wide slot. This allows you to train more people at a much faster rate, and even cuts down on the cost required to upgrade the room.

Since you can send out vault dwellers into the wasteland to gather supplies and caps, make sure they are appropriately armed with your best gear and weapons – this is why investing in your armor and weapon workshops so early on is vital. When you send a wanderer to the wasteland, you have the option of equipping them with armor, weapons, and a pet – make sure they have a pet that will increase their healing speed, make them more effective in combat, or boost the amount of items they can find in the wasteland. Each wanderer sent into the wasteland can also be equipped with a reserve of 25 stimpaks and 25 rad-aways, which should allow your most disciplined wanderers to exist in the wasteland for several days before requiring attention. 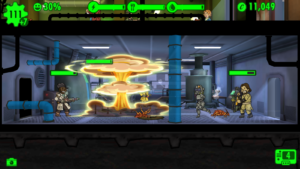 Also keep in mind that you are rewarded daily for playing Fallout Shelter. Based on the status of your vault, you will receive rewards in the form of caps or even lunchboxes. You will receive one lunchbox weekly if the happiness of your vault maintains at least 50% daily, and your vault will be judged once every 24 hours.