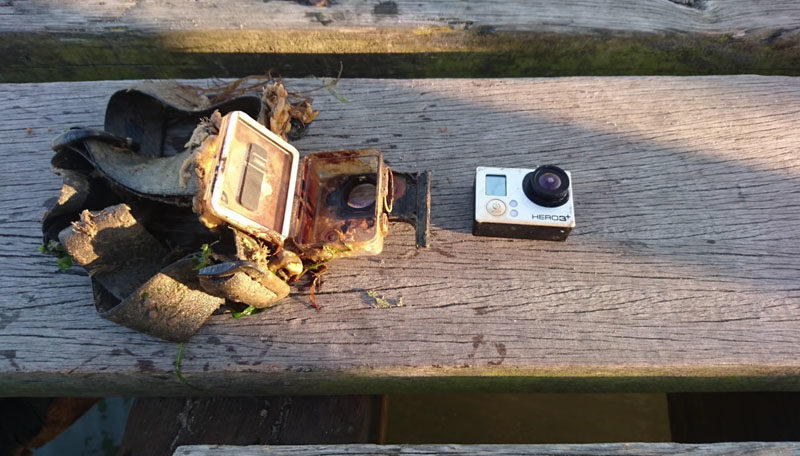 When you go fishing, you expect to catch fish. But one fisherman at Poole, England caught something else. It was not a rare or record setting fish, but a device people use to record videos. That device is a GoPro camera, which kept recording for 30 minutes after it was dropped in the water.

In the beginning of the video, the YouTuber explains that the camera was covered in barnacles and looked like it had been down there for at least a year. He added that water had seeped through the housing. The camera did not work when it was found but the SD card did have a cool video to show. The footage, filmed on August 13, shows what it’s like at the bottom of the sea.

The video begins with two people and a kayak going by but the person with the GoPro accidentally drops it in the water. The camera sinks to the ocean floor and lands in the sand. The camera records the sand after it lands on ocean floor but is later flipped over by the current. After that happens, the text in the video says that for a while, not a lot happens.

The footage gets interesting when a crab comes to see the GoPro camera. The crab stands in front of it for some time and decides to leave after seeing how the camera works. The appearance of the crab is the only interesting part of the video but that has been enough to get one million views and thousands of likes.

This isn’t the first time a GoPro has been lost at sea and there are similar videos on YouTube. The video ends with a text saying that even tough the camera looks beyond repair, he would love to be able to give the guy his footage back.

Here is the video found on the GoPro: