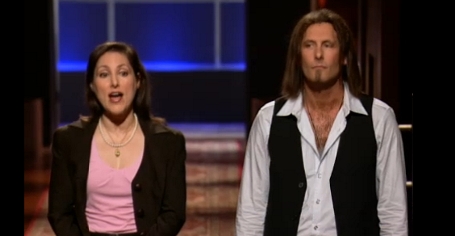 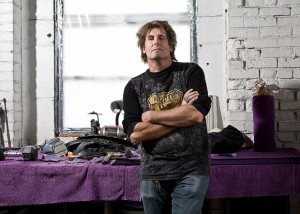 Marix Stone is a sculpture artist and motorcycle fanatic who wanted to put his talents and appreciation to good use. Stone first began designing motorcycle helmets in 1993 and has been experimenting with the art ever since. It became his mission to create custom helmets for bikers and eventually he crafted a made to order business where each helmet is unique. Marix Stone and Dr. Nancy Tanchel joined together in order to build their company Hells Bells Helmets. Each piece of merchandise is patented and custom designed in addition to being certified in safety by the Department of Transportation. Hells Bells Helmets has experienced some success since the initial launch of the business, but Marix is taking it to the Shark Tank in hopes that he might find someone to invest enough money into the company so they could begin mass producing helmets.

Stone and Tanchel enter the Shark Tank seeking $500k for a 20% equity in the business. Stone begins by explaining his standing within the custom motorcycle merchandising business. It is because of him that there are now 3D designs on motorcycle helmets because he crafted not only the process of making this kind of art, but also the actual 3D designs themselves. According to him, he made a standard safety helmet into one that was not only more visually appealing, but also safer as well. However, once Stone finishes explaining the product itself, he begins to stammer and Daymond John makes a comment in jest, tell him “not to worry, only millions of people are watching”. Despite being given a moment to regain his composure, Stone’s nerves continue to get the best of him which forces his partner and CEO of the business, Tanchel, to take over the discussion.

Tanchel starts off by telling the Sharks that they own the rights to a patent that allows them to apply 3D designs to motorcycle helmets in addition to any sort of sporting helmet. Kevin O’Leary inquires on what sales they have made so far, to which Tanchel explains how they are currently on track to making $300k in sales, profited solely from the manufactured motorcycle helmets. Both John and O’Leary ask to take a closer look at two of the helmets while Tanchel explains that they are looking for an investment because they want to begin mass producing their products. O’Leary has some concerns though, using Robert Herjavec as an example, to state that not everyone is going to want a death related design on their helmet. That does not prove to be much of an issue though, because both Stone and Tanchel ensure that the 3D design on the helmet can be whatever the prospective customer desires.

Moving onto pricing matters, Kevin Harrington asks what the average price for a custom helmet is. The standard Hells Bells Helmet goes for around $175 and the profit margin is over the 50% mark. This profit margin would also increase if they were given the ability to mass produce. O’Leary asks around how much they would make in revenue by the end of the year, which Tanchel estimates to be about $175k. Harrington admits that he does see the potential within the company to become something bigger than what it is, but he sees too much risk in writing a check for .5 million dollars, and so decides not to invest into their company. Next to make his decision is O’Leary. He says that he likes the energy that the duo has and did enjoy trying on the helmet, but believes that if he were to invest into their company today, he would only wake up to regret it tomorrow because there is not enough evidence to prove that Hells Bells will make a successful standing on the market. With that in mind, he also does not invest into the company.

Lori Greiner doesn’t even entertain them with some long, thought out explanation as to why she isn’t going to invest, she just simply tells them no. So, in a last ditch attempt to regain the interest of the last two Sharks, Tanchel tries to tell them that Hells Bells will become a large and successful business if they have the proper funding to begin mass producing the helmets. Despite having such a large asking price for a relatively small stake in the business, they do have a broad patent that allows them to be the only players on the market with the right to create 3D designs on any kind of sporting helmet. John tells them that even though they have big plans for the business, they are valuing the company at $2.5 million when they only have $300k in sales. Herjavec asks them whether they want to produce a lot of helmets or sell a lot of helmets, and argues that if they were to strike up a deal where they license the patent to another company, then they could just sit back and collect a hefty royalty on profits. Stone replies by saying they would be more than interested in doing something like that, which allows John to speak up and make his offer. For 50% of the company and having the power to license the patent to a large amount of companies, he would give them the $500k they are looking for. Herjavec was going to make them an offer, but decides ultimately to not put it on the table because he was going to ask for 75% in exchange for the $500k. Stone has some worries that the quality of the product will be lost if the patent is leased to a plethora of manufacturing companies, but in the end they both decide to take John up on his offer and partner up with him. 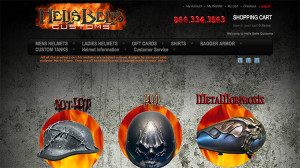 After the show ended, there came some issues with finalizing a deal between Marix Stone and Daymond John. They continued to argue back and forth over the details of the deal until eventually both parties walked away with no contract in tact. However, that didn’t exactly spell bad new for the Hells Bells Helmet business. In fact, they actually continued to grow after the Shark Tank experience.

In addition to creating 3D sporting helmets, Hells Bells also makes custom 3D designs for gas tanks and fenders on motor cycles. Several other fabricators are now employed by Hells Bells in order to mass produce their products. The company received so much attention after the show that they even struck up a designing deal with FX TV show “Sons of Anarchy”, which was a show about a group of outlaw bikers. On the show, a few of their custom motorcycle helmets were featured.

Their products can be viewed and purchased at http://www.hellsbellscustoms.com/, their online website.