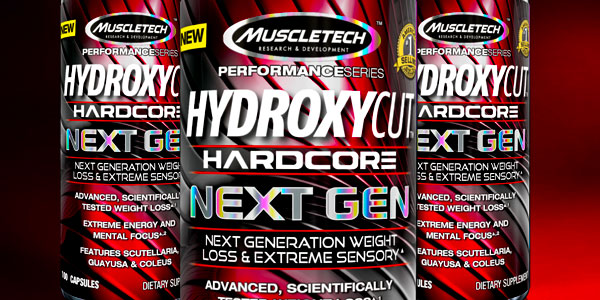 Hydroxycut Hardcore Next Gen is MuscleTech’s most powerful weight loss, thermogenic supplement.  The Hydroxycut product line has been in the game since 2002 and it’s been a popular weight loss supplement amongst bodybuilders and fitness enthusiasts alike.  Original formulations included the very potent ephedra extract, which is one of the few compounds which had a tremendous effect on fat loss.  Unfortunately ephedra has been banned by the FDA in 2004 as a dietary supplement and MuscleTech had to find alternatives to this ingredient which would still allow their consumers to lose weight.  Let’s look at their latest formulation with Hydroxycut Hardcore Next Gen and let’s dive into the science behind its ingredients.

Also be sure to check out all the current discounts on Hydroxycut Hardcore Next Gen by clicking here.

A food product derived from green coffee beans, this extract is similar in composition to coffee but is high in molecules known as chlorogenic acid.  Chlorogenic acids are quickly absorbed in the body when ingested and have been shown in clinical studies to have interactions within the cardiovascular system.  There was a study published in 2007 showing appreciable fat mass loss after supplementing green coffee extract.  The double blind study was used on 30 healthy but obese individuals and enriched coffee was dosed between 440 – 495 mg in a test group while a placebo was given to the control group.  While the placebo group was able to lose 3.7 pounds over the course of a 12 week study, the test group given the chlorogenic acid lost 11.9 pounds on average over the same period of time.  While the study was performed on obese individuals, there have been many indirect studies to suggest that athletes may be able to reap the same benefits.

Supplementation of chlorogenic acids through coffee extracts have shown reductions in both blood pressure and heart rate when administered to individuals in closely controlled clinical settings.  Improvements in vascular function and weight were also a result of such studies.  One important note: if you’re allergic to coffee-based products, it’s very likely that you will suffer an allergic response with consuming green coffee bean extract.

Hydorxycut Hardcode Next Gen contains 400 mg of green coffee bean extract, which equates to approximately 180 mg of the active chlorogenic acids.  While the dose is low compared to the amounts administered in the studies referenced above, it’s likely that the average user of this weight loss product will take two to three servings spread out over the course of the day.  At multiple servings per day, similar results are expected to those that loss weight in such settings.  The amount of fat and weight loss observed will likely be much less than those observed in obese individuals, but every little bit helps.

Also naturally found in coffee beans, caffeine is a potent stimulant which works by suppressing receptors in the brain which trigger sedation and relaxation.  Caffeine usage has been widely studied and reported in literature, and the consensus is generally pretty positive.  The health benefits for caffeine include the following:

You really can’t go wrong by including caffeine in a weight loss supplement.  Just understand that habitual caffeine use tends to result in increased tolerance and you’ll eventually stop feeling some of its effects.  At 290 mg per serving of Hydroxycut Hardcore Next Gen, the caffeine content is quite potent and can double as a pre-workout supplement.

Colleus extract is derived from the herb Coleus forskohlii which has been prevalent in Ayurvedic medicine.  While quite common historically, it’s really only recommended as a fat burning supplement in modern times.  If you’ve ever heard of supplements with ‘forskolin’, that’s what this stuff is.  Forskolin supplementation has been shown to increase the levels of cycloc adenosine monophosphate (cAMP) in the bod 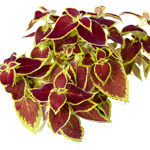 y, an enzyme used in many biological processes.  Increased levels of this particular enzyme has been associated with higher rates of fat oxidation and may have other indirect effects which may lead to fat loss.

Other potential benefits of forskolin include higher testosterone levels and it may act as further protection against inflammation and certain types of cancer.  The science is still inconclusive on these side benefits, but the effects on body fat are fairly reliable.  Either way, these are very nice side benefits!

The recommended dose for Coleus forskohlii is 250 mg containing 10% forskolin taken twice daily.  The 100 mg included in this product is a fairly low dose compared to the doses used in literature, but as I’ve noted in the previous section it’s very likely that you’ll be getting between 200 – 300 mg of coleus forskohlii since you’ll be taking multiple doses per day.

Blue skullcap extract is derived from the plant Scutellaria baicalensis, which has been heavily used in Tradi 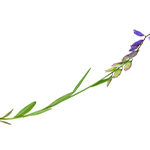 tional Chinese Medicine for treating various diseases (reffered to as Huang qin).  The active ingredient is baicalin and has had very positive results in studies performed in vitro, or ‘in a test tube’.  One particular study showed increase production of nitric oxide in isolated endothelial cells, which would essentially help with blood flow throughout the body.  Other in vitro studies have shown significant interactions in mechanisms that regulate fatty acid synthesis and oxidation, which are responsible for regulating fat loss.

Unfortunately, studies performed on humans have yet to show a relationship between weight loss and blue skullcap extract supplementation.  At this time, I can’t recommend this ingredient to anyone without further evidence showing its efficacy.

Yohimbine extract (or yohimbe) comes from the bark of the tree Pausinystalia yohimbe and also a plant known as Rauwolfia serpentina.  Traditionally used as an aphrodisiac and an aid for those suffering from erectile dysfunction, yohimbe is also classified as a stimulant and has strong effects on both adrenaline and fat burning.  Before you read further, I’ve personally used yohimbine in addition to other supplements and have experienced its aphrodisiac effects.  Hopefully this added side-effect is a welcome one, as many bodybuilders who follow a strict calorie restriction during contest prep tend to have a hard time getting in the mood for sex.  Be warned!

Reductions in fat mass due to yohimbe supplementation 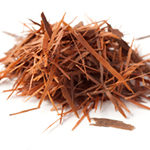 is well documented in literature and the results are very noticeable compared to other ingredients in this product.  A double blind study published in 2006 tested 20 soccer players with 20 mg of yohimbe using two 10 mg doses taken daily.  These were considered elite soccer players and they lost an average of 2.2% fat mass over the course of 21 days compared to a group of similar players given a placebo.  This study has been replicated amongst athletes and obese individuals with similar success, so it’s likely that it can work for you.

Though the concentration of yohimbe is not shown on the bottle, the 40 mg of yohimbine extract is likely enough to illicit a response for fat loss.  Potential side effects of yohimbe include the following:

Ophiopogon extract is a substance that is commonly found in Traditional Chinese Medicine for treating cardiovascular issues and inflammation.  Unfortunately scientific studies have yet to show any positive effects of ophiopogon supplementation in humans and only limited amounts of literature is available involving rats.  I can’t recommend this ingredient for fat loss at this time until further evidence. 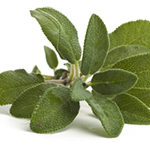 Like ophiopogon, guayusa supplementation has yet to show any benefits in human studies.  Traditionally consumed in Central and South America in teas, this plant may show some promise as it’s been measured with a very high ORAX antioxidant content.  Time will tell where the research goes, but I wouldn’t expect much with guayusa.

After analyzing the individual components in Hydroxycut Hardcore Next Gen, it’s crammed with highly active fat loss ingredients that have been proven to be effective for fat loss in controlled studies performed by trained scientists.  I’m particularly impressed with the amount of caffeine in this product and in inclusion of yohimine extract, coleus extract, and green coffee extract.  As far as fat burners go, Hydroxycut Hardcore Next Gen is near the top.

A 100 capsule container of Hydroxycut Hardcore Next Gen will cost you about $40.  That said you can find it for a pretty huge discount at Amazon.com – Just click here to apply the discounted price automatically. Assuming you take two servings daily, this comes out to a 25-day supply.  For a highly effective fat burner, this is a more than fair price and you should definitely stock up on it when it comes on sale.  You’ll likely need to cycle off this product every couple of weeks or so due to the high caffeine content and it’s best to follow the directions on the bottle to not exceed two servings per 24 hour period.

Hydroxycut Hardcore Next Gen is about as good of a fat burner as you’re going to find in stores today.  There may be more effective fat burners out there, but they’ll likely include some obscure products that may have some questionable ingredients if you plan to compete in sports.  This product comes at a very competitive price and its formula is packed with proven ingredients to help athletes and non-athletes lose weight.  Definitely give Hydroxycut Hardcore Next gen a try!