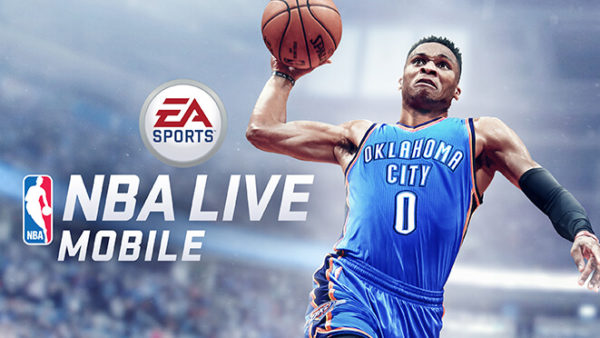 March Madness may be far away from us, but that doesn’t mean your enjoyment of basketball ever has to. With NBA Live Mobile brought to you by EA Games, you can play or create your favorite teams and become the manager you’ve always dreamed of being. Here, we will give you five tips and tricks to take your NBA game from lame to baller status.

Tip One: The Auction House is Your Friend

With NBA Live, there is a marketplace to buy players that fluctuates as it would in a fantasy sports market. However, with a bit of a quick hand, you can turn this to your advantage. Your first manuever should be as a starting player to snipe Silver Grade players. To do this, you need to keep your eye on the clock. Every five minutes, the roster of players up for bid changes. One second before the timer resets, refresh your page on the auction section. By the time it loads, the new players will have appeared. Quickly snatch up the lowest cost players within the 600-3000 coin range and then wait a minute before reselling them. Since the cheaper ones tend to go up in value faster, you will get a decent profit in quick order.

Let’s face it, as much as we’d all love to be GM’s for our favorite teams, life gets in the way. Chores, work, and driving can all get in the way of a properly played game. That being said, NBA Live has a solution in terms of the Autoplay option, which allows for games to be played while you tend to whatever else needs to be done. This can be an easy way to essentially farm for resources per game and thus build up a steadier roster.

While not quite explicitly mentioned in the game, NBA Live rewards those who collect players to form the actual teams. The easiest team to do this and garner massive rewards at time of writing is the current roster of the Golden State Warriors who are significantly cheaper than most other teams while providing a high enough rating to allow for wins even when on autoplay for a good portion of the time. When you’ve saved up enough as a result of this team, rinse and repeat for a higher rated team roster and you can sell off team members as a means for more resources.

Tip Four: The Best Offense is a Good Defense

Unlike the real game, a vast majority of your skills and practice on NBA Live should be focused on defense. Some tricks that serve players well are to always press the joystick away while holding the guard button to provide coverage, to tap the guard button the very moment an opponent stops moving to perform a steal, and tapping guard towards a ball that’s being passed to block it or intercept it. Similarly, if an attempt to score has been made, rapidly tap the guard button for a shot at getting the rebound and gaining possession. From there the offensive skills are pretty straightforward and should allow you a point advantage in no time. As a side note, do also make sure to keep an eye on player stats and tend to field those who happen to have higher defense stats as they will typically make up for a lower score average if by no other method than blocking the shots and regaining possession from the other team.

Say you have just started the game and after playing the auction for a bit, can afford a team you’re comfortable with. Now you have two choices, either face off against other players, or run through the campaign (seasons) as a GM. It is advised you do the latter, as the season will provide you plenty of practice, and the completion of each season rewards a high amount of resources and card packs that can be of great value as well.

With these tips in mind, we wish you the best of luck and seasons where play-offs are only the start. If you enjoy this game greatly, EA has a multitude of other basketball titles on other platforms that may be worth checking out, from NBA Jam to the NCAA Basketball series games.