The current Nexus smartphones from LG and Huawei were released ten months ago. Now, we’re hearing more and more rumors about the next Nexus Google smartphone, which will be made by HTC this time.

The company will release not one but two smartphones, just like last year. The difference this time could be that the two phones will be the same but with a different size. Last year, LG and Huawei released a different design. Codenamed Marlin and Sailfish, the two phones have already seen a number of rumors on how it could look like when it is released.

The LG 5X and Huawei 6P Nexus smartphones were different. The LG phone was smaller than the Huawei device. That could change this year with the release of the HTC Nexus smartphones as they could arrive with the same design and hardware, according to Android Police. The upcoming smartphones could look the same, with the only difference being the size. This has led to  a few renders of what the smartphone could look like. Android Police created a render of the two smartphones, which look similar to the current 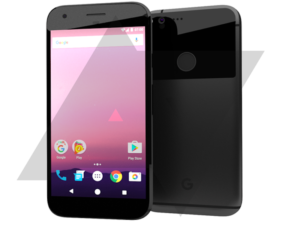 The render shows a metal body and the G from Google in the back. The camera has three holes next to it, which could be auto focus and sensors. The part that stands out the most seems to be the top of the back, which looks like it is made of glass or plastic. The top part also has the fingerprint sensor. But a few will not be happy with the gloss on that part of the phone. As we all know, gloss looks good but is easily scratched.

The Nexus 2016 smartphones do not have a release date but rumors say they may arrive in August. That is next month but other rumors say they might be released later. We’ll keep you updated on all the rumors and details about the upcoming Nexus smartphones.

Are you waiting for the new Nexus smartphones? Let us know in the comments.