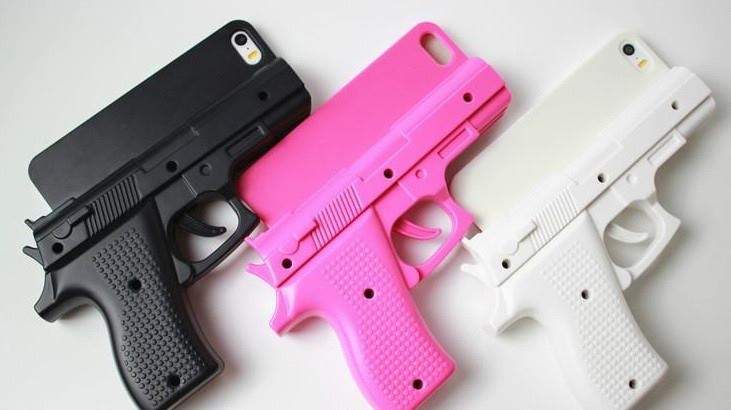 Smartphones need cases because one drop can simply break the screen or leave scratches all over the phone. There are plenty of cases to choose from but one man decided to take a smartphone case shaped like a gun to an airport. Not the greatest idea in the world and he caught the attention of police right away.

The passenger was immediately stopped at Stansted Airport on Wednesday after police saw the cell phone gun case. Essex Police decided to tweet a picture of it, so no one else makes that mistake. They also suggested that the traveler, whose name was not revealed, could have been mistaken for someone looking to attack passengers in the airport and shot by police.

The smartphone case is nothing new and has been in the news in the past for the same thing. The case would have attracted looks in a public place, especially if it’s sticking out of the pocket. But the man decided to bring it to an airport, where security is always alert for any suspicious activity.

The police officers who spotted the gun case did not reveal if it was sticking out of the pocket when they stopped the man. Essex Police posted a picture of what the gun case looks like and added that the item was found during a normal security search.

The police officers did not say if the passenger would face action over this but it looks like he missed his flight according to another tweet that said bringing this to an airport made it less likely that you’ll catch your plane.

The first tweet from Essex Police with a picture of the smartphone gun case in a back pocket, was retweeted by hundreds of people. The users also had a few things to say about his bad idea, including one that said he had seen some daft things in his time at Stansted but that was just pure stupidity.

Using a smartphone case shaped like a gun is not a good idea, whether it’s a public place or airport. This isn’t the first time either, this gun case has been in the news a few times already. The item is usually confiscated by police officers when spotted but it could get that person in more trouble.