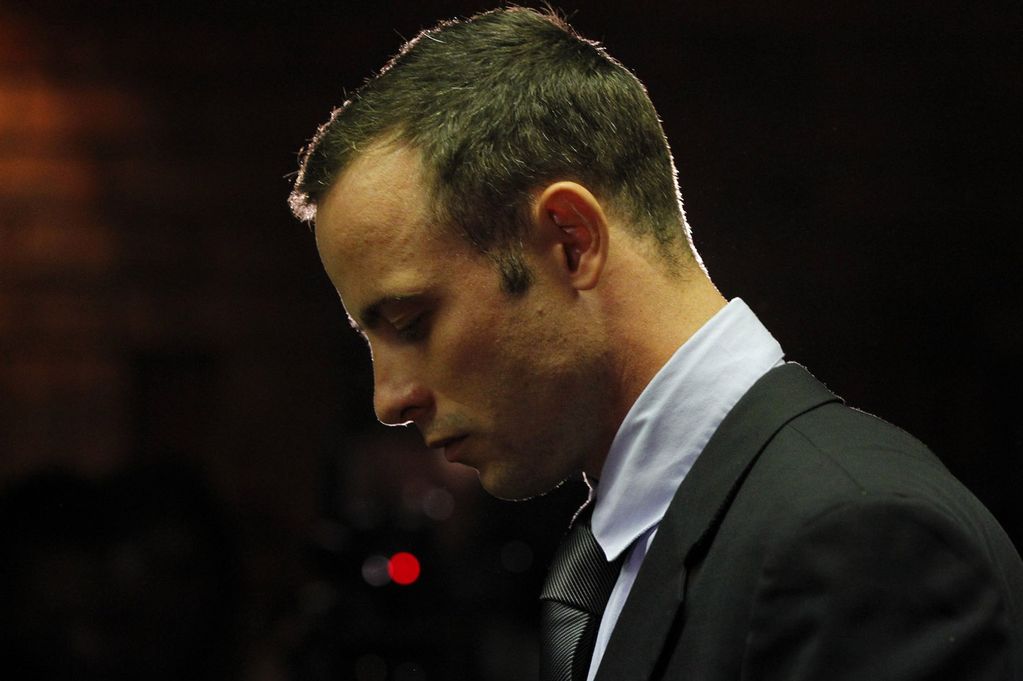 Oscar Pistorius was given a six year murder sentence on Wednesday but South Africa and the rest of the world are still in shock over the sentence. Many expected the Olympic sprinter to get a lot more years for the murder of his girlfriend three years ago.

The six year sentence left many South Africans in shock. Social media also saw hundreds of comments, with many complaining that lesser crimes usually get longer sentences and calling it an embarrassment. People also believe money and his celebrity status helped him in the case.

Pistorius spent 12 months in prison before he was released and put under house arrest.  He caught the attention of the world during the 2012 Olympics, where he competed against other athletes while wearing carbon fiber prosthetic legs. On February 14, 2013, he was arrested after killing his girlfriend Reeva Steenkamp in his home. He said he mistook her for someone breaking in their home and hiding in the bathroom. Pistorius got out of bed and shot through the door. He was first charged with manslaughter and given a five year sentence. In December, the Supreme Court of Appeal changed his conviction from manslaughter to murder.

Prosecutors requested a minimum of 15 years but that was declined by the judge, who acknowledged that it was difficult to find the appropriate sentence and that nothing will diminish the pain this has caused to Steenkamp’s family.

Pistorius watched as the six year sentence was given and his lawyers later revealed that they would not appeal. Steenkamp’s legal team has the chance to appeal in the next two weeks.

The six year sentence is still a big topic on social media, where many are still complaining about the decision. The judge mentioned before the sentence that their courts are courts of law and not of public opinion. Pistorius was recently seen in the courtroom walking without his prosthetic legs, which he didn’t have on when he jumped out of the bed and shot through the door.

Oscar Pistorius was sent back to the same cell where he served one year in prison. A spokesman for the Department of Correctional Services, said he will be imprisoned with sick and disabled inmates. Pistorius began his sentence yesterday in the hospital section, which is separate from the rest of the prison. He is eligible for parole after serving half or two thirds of his sentence.

What do you think about the six year sentence? Let us know in the comments.