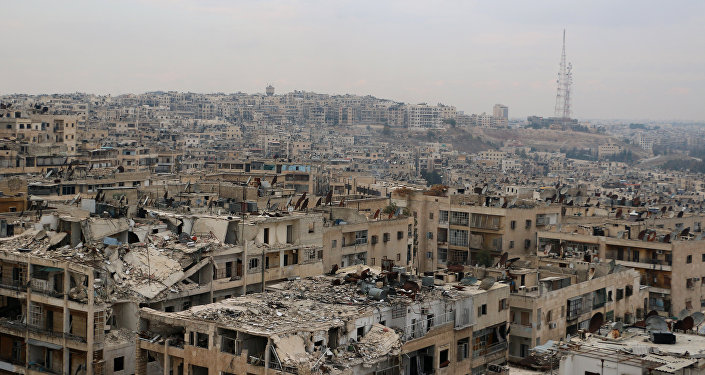 Families have started to leave the eastern areas of Aleppo through the humanitarian corridor, according to Syrian state media.

The families that decided to leave, boarded buses and were sent to shelters. It was recently reported that thousands of civilians were trapped in the city and running out of food and water. Dozens of families left a few rebels reportedly surrendered to government forces.

It was recently reported that UN and other organizations were having trouble entering the areas to help civilians. A percentage of them are trapped in areas where they can’t receive any help. The move allows the trapped civilians to leave the areas but Syria’s opposition is not convinced, they believe this is a move to take back all of the city.

The UN and other organizations have welcomed the idea of opening corridors to allow the people to leave. Yesterday, a United Nations representative said the humanitarian corridors should be led by the UN and added that there should be a suspension of fighting for two days. The 48 hour ceasefire would allow people to leave the areas of the city safely.

Estimates say there are close to 300,000 people trapped in eastern Aleppo. The UN says food supplies could run out in two weeks. A Syrian state news agency reported that this morning, dozens of families had left through the corridors. They showed pictures of the families leaving and entering buses. They did not give details on where they were taken but they did reveal that the families were taken to temporary shelters. It was also reported that a few rebels in the area had surrendered.

Hours later a Russian army spokesman said 85 civilians had left via the humanitarian corridors yesterday. On Saturday, 52 civilians left the city. He gave details on the temporary shelters and said that six of them had been set up. Four more corridors will be opened soon and the shelters can accommodate around 3,000 people. Almost 140 civilians have left since Friday. 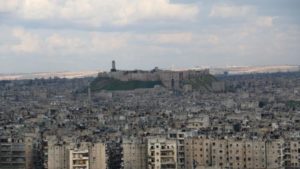 Rebels have had control of eastern Aleppo for four years but they have lost some areas these last few months. Other reports said the rebels were stopping civilians from leaving the city.

The armed conflict in Syria began five years ago and more than 250,000 Syrians have lost their lives. Estimates say there are 4.5 million Syrians in hard to reach areas. Millions more have fled to nearby countries.