Tap Baseball 2016 is a sports management mobile game which is part of the Tap Sports series of developer Glu. In this game you will be taking care of a roster of baseball players by improving their attributes and finding the best new additions to the team. You will be going toe to toe against human and AI teams, and there will be times when your direct intervention becomes the deciding factor of victory or defeat.

If you are a new player or a veteran looking for cheats, tips and tricks to ace in the game then read on. 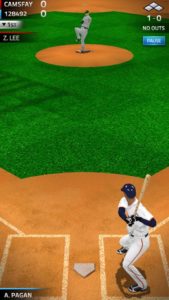 Tap Baseball 2016 may be primarily a sports management game but it lets you in on the action by allowing you to control the batter when you are up against other human players. Auto play is only available when you are playing against AI teams. For the latter high attributes generally equate to better chances of winning provided that your players are not dead tired yet. You can still opt to control the batter manually if that auto play game is not going so well.

A trick in hitting the ball when you control the batter manually is to watch the shadows. The best time to swing the bat is when the ball’s shadow is above the plate. This will guarantee a very high chance of striking the ball.

Not all pitches are meant to be struck. Watch out for the ball’s trajectory. If it looks pretty awkward then you can just ignore it. One trick you can practice here is to tap the Pause button at the top-right of the screen after the pitcher has thrown the ball. This gives you a good look on what kind of throw was done so you can better anticipate what to do. Be alert as once you unpause the game the ball will immediately continue its flight. This trick takes a lot of practice as it could potentially delay your swing and cost you a strike or two.

Do not risk a game by using exhausted players. It is always wise to substitute them with rested ones. A popup will always warn you about this. Extremely fatigued players will only cost you the game if you still force them to pitch.

Don’t hesitate to play multiple games. Tap Baseball 2016 is pretty much turn-based hence you will be subject t a long wait when your opponent is not that active. Also competing in more than one game makes it easier to advance in the leagues as you can easily meet their required number of wins. Also if there is a bonus game available then go play it immediately. You will have more of it in the long run and there is no reason to keep them in your pockets. 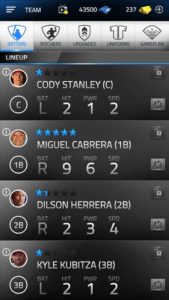 The players in your roster are equipped with their own attributes that denote how they perform in the field. You should judge the situation based on the numbers on their attributes. Does your current batter have low Power and Hitting numbers? Perhaps it would be best to just let the ball pass by and not hit it. Does the batter lack a high value in Bunting when the prompt to bunt pops out? Keep an eye on the numbers.

As for pitchers they are always controlled by the AI unlike your batters. With this in mind you should always get those who have good attributes.

Once you earned enough money you should replace the least-skilled players on your roster with better ones. If the resources permit then it is recommended to get a franchise player especially if you are going to participate in a rather tough game with high rewards, although they will only be around temporarily.

Free agents are a hit or miss especially considering some of their prices. If you are on the hunt for a new addition to the roster then don’t forget to check the available free agents first. You might be lucky enough to stumble upon a high-attribute player there.

Remember that the upgrades you purchase affect the entire roster. The percentages are small and each upgrade you buy gets more and more expensive. Still it is a very solid investment in the long run after you’ve acquired better players.

For the players you least use you can have them traded off as long as they are part of the requirements. Don’t forget to tap the lock on the player you don’t want to be traded.  Make sure you choose wisely though as you will be exchanging three of your people for only one new player.

Always adjust the Gameplan under the Team section to better control the behavior of your players when the AI plays for you or during defenses. 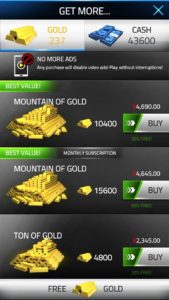 Make it a habit to visit the Stats to claim rewards. Most players forget that they have a lot of unclaimed goodies after completing objectives. The Cash and Gold rewards you can obtain here are quite generous.

Tap the icon next to the Stats to watch an advertisement video in exchange for a small amount of Gold. There are times when a lot of videos are available, and there are also instances when nothing is available for viewing.

The game provides offers that range from answering surveys to downloading and installing apps. You can amass a serious amount of Gold through this method, although some offers require you to pay using real money.

If you are willing to spend actual money on the game then it is suggested that you buy Investments. With this you can ensure a steady trickle of Gold for one whole month plus a massive bonus that is given to you upon purchase.

Download Tap Baseball 2015 and open its Settings menu. There you can obtain a Welcome Pack Code which you will input in the Settings of Tap Baseball 2016. You will be given a Bonus Game, 2,000 Cash, and a First Round Draft Pick. I’m not sure if codes are exclusive for only one use, but if not then try this one that I redeemed my pack with: 299B9.

Always join tournaments whenever you can for a chance to win exclusive rewards. If you get eliminated you can always hop back in using Cash or by watching an advertisement video. Do not hesitate to use your Energy Drinks or Ice Packs especially during crucial moments in a game.

Check out the Daily Challenges to see if you won Cash or Gold. Same goes for its weekly counterpart. These challenges keep track of your performance and the rewards depend on your position on the leaderboards. Think of this as an extra motivation to do well in your games.

There we go with the cheats, tips and tricks for Tap Baseball 2016. Just remember to time your strikes right, take good care of your team, and always be on a lookout for players with high attributes. It takes a good amount of patience to build up the team of your dreams especially if you will not purchase anything with real money. Good luck and have fun!