TV Reporter Quits Job and Will Now Drive For Lyft 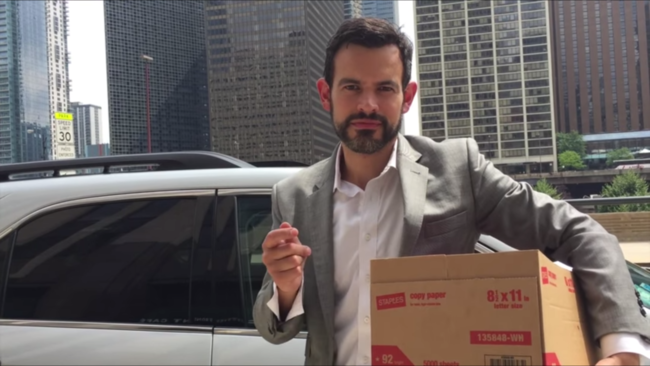 Anthony Ponce was a popular TV reporter for NBC in Chicago but this week, he decided to become a Lyft driver. Those are two different jobs but Anthony is happy about his decision.

Anthony Ponce decided switch jobs after he was passed over for a promotion for the second time. It may sound like a crazy idea but he plans to do more than just driving people to the places they want to go. The 37-year-old will be working for the ride sharing app Lyft, where he will interview passengers in his car.

He explained his decision by posting a video on Facebook. The video says that after nine years at NBC 5 news, a media critic reported that he quit his job after being passed over for a promotion, which he says it’s true. But he also explains that there is another reason why he is leaving and that is the job he took four months ago as a Lyft driver.

Here is the video of him leaving his office and explaining his decision:

Ponce had been a reporter for more than ten years but had been thinking about the podcast for a while. He felt creatively confined after all those years as a reporter but his new idea will be more than just driving for the company. In his podcast, called Backseat Rider, he will interview passengers along the way.

Ponce says it stung when he kept getting passed over for promotions and that this absolutely played into his decision. He did add that he enjoyed his time as a reporter for the news channel.

Ponce chose Lyft over Uber because it was easier to get a car with them. The podcast is not sponsored by the company but he did meet with them to talk about his idea. He said he made it clear to them that he’s like any other Lyft driver and added that if it appears to be a marketing scheme, then it takes away from the authenticity of it. Ponce’s wife, who helped him make the video of him leaving his job as a reporter, supports his decision. The Backseat Rider podcast will air next month.