How to Upgrade the Operating System of the Xiaomi Mi 5 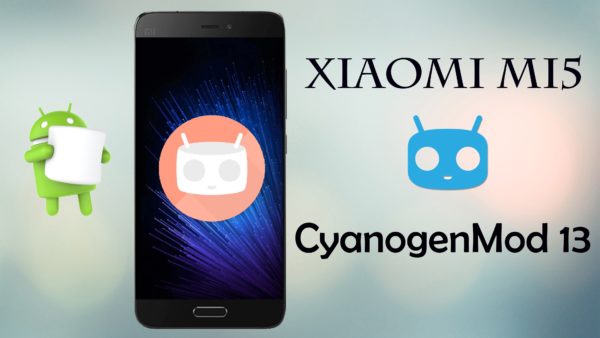 Xiaomi, while not a very large name in the United States has consistently offered other major brands a run for their money in the international market. This has remained true with their latest offering, the Xiaomi Mi 5 which was released in April of 2016. While the Mi 5 has a widely acclaimed Snapdragon processor and a high definition screen, some users may not be huge fans of the MIUI proprietary Operating System nor some of the rumours involving built in monitoring equipment. Here, we will take a look at upgrading the Mi 5 to several different Operating Systems which will match a wide variety of needs and tastes.

Before transitioning your Xiaomi Mi 5 from the MIUI platform to another Operating System (or simply upgrading the version of MIUI) it is always a good idea to fully back up your system on the off chance that an error occurs. To back up the Mi 5, we can go through Google Cloud Services, or through Super Backup to your PC with the steps listed below.

To backup using Google Cloud Services:
Step One: Go to the Main Settings window and tap the Backup and Reset button.
Step Two: Enable the Back Up My Data and Automatic Restore.
Step Three: Now go to Phone Settings, Accounts and tap on the Google Account tab. Now select or input which Google Account you want to use as your backup.
Step Four: Now select what you want to back up onto your Google Cloud account and tap Synch Now.

To backup using Super Backup:
Step One: Download Super Backup: SMS and Contacts from the Google Play Store.
Step Two: Launch the app, and take backups of everything you wish to preserve using the button menu to do so.
Step Three: You can now connect your phone to your PC via USB, and transfer the backup folder onto the desktop. Whenever you need to restore the data, return it to the phone and hit the restore option on the app.

Now that your Mi 5 has been properly backed up, let’s see how to change from MIUI to other Operating Systems.

One of the biggest hurdles for those wishing to install custom ROMs, Windows 10, or Cyanogen Mod as a means to get standard Android, is to unlock the mi5 Bootloader. By design, Xiaomi has made this remarkably difficult. As a means to deter hackers and novice users from messing around under the hood of their own phones, the bootloader is prelocked and made available by the discretion of MIUI staff. This means you must register on the MIUI website, become a Gold or Diamond member of the community (well vetted as a techie by the community through useful contributions), and typically wait about a month, if you are in fact approved. Here we will go about how to bypass these requirements, through a small bit of trickery. Keep in mind that for the purposes of unlocking your phone, updating to the newest developer build is recommended.

Step One: First, go onto http://en.miui.com/ and register your phone, using a secure password.

Step Two: You will then see a page in Chinese. In the first box, enter your current phone number, and in the second your password. Then click the orange button to login.

Step Three: You will next be taken to a permissions page, where you need to enter in your username, phone number, and reason for asking for the bootloader. Typically this is where the investigation into your membership status would occur, but in the rationale, paste the following:
我的手机是砖砌在启动循环模式。请批准我的请求开锁。 This will roughly translate that you are experiencing a brick error and are politely asking for bootloader access, and this typically circumvents the investigation.

Step Four: Yet another page will appear, this time asking for a code sent over by SMS. It will typically take around 5 minutes to arrive, so a bit of patience is needed. Enter the code as soon as you receive it. This may seem like it’s contradictory to saying your phone has been bricked, but if ever asked, you can always claim that you were able to transfer the phone number to a temporary device for the time being.

Step Five: The developer board will now process your request and if approved, you should get a message between 3 days and weeks later stating approval. For issues in regards to bricking the Mi5, they typically answer closer to the 3 day end of the scale. If not approved, there is an option to contact the developers directly which can be used as an appeals process.

Step Six: After getting approval, you will receive another SMS message that will give you a URL to the unlock tool. Access this link using your computer and download the unlock tool following the on screen instructions.

Step Seven: On your phone, after backing up your device, log into your Mi account. Then, turn off your phone, and holding the volume down button, press and hold the power button.

Step Eight: On your PC, open the unlocking tool and agree to the terms and conditions. Log into the tool using the same account information you just used to log in to your phone.

Step Nine: Finally, connect your phone to your PC via USB, and click the Unlock button.

Installation Option One: CyanogenMod (Or Other Custom Android Roms)

CyanogenMod is a long running independent OS that runs on the Android Framework, but without the limitations placed on it by either Google or Xiaomi. The current build of CM 13 is based off of Android Marshmallow and shares the best features of that system. As a result, it’s easily modifiable, and allows for greater freedom of use. Likewise, many custom ROMs have developed after it, which can typically be found on XDA Forums, and carry device specific releases. Here, we’ll cover the installation of base CyanogenMod 13, but other ROMs should be identical in installation method.

Step One:Download and install Minimal ADB and Fastboot, along with the USB drivers for your Mi 5 if they have yet to be installed. Next, download the TWRP image file and the SuperSU zip file and copy them to the install location for Minimal ADB and Fastboot. This is recommended to be stored in a common folder on your desktop for easiest access. Rename the TWRP img file to recovery.img for flashing.

Step Two: Access Developer Options by rapidly tapping on model number in the settings menu, then backing out and clicking on Developer Options. Next, enable USB Debugging on your device and then connect it to the computer via USB. Copy the SuperSU Zip file to the root of your device’s internal storage using the file manager menu (similar to transferring a file from your desktop to a USB drive).

Step Three: Launch Minimal ADB and Fastboot. You should now see a Command Prompt open. Type in the command “ adb reboot bootloader ” to place your device into Fastboot mode.

Step Four: Run the command “ fastboot devices ” to ensure that your device has been successfully detected in ADB. If the command returns a device code followed by fastboot, you’re good to go.

Step Six: To boot your device into recovery for the first time, type and execute the “ fastboot boot recovery.img ” command.

Step Seven: In Recovery, tap on Install and then select the SuperSU Zip file which we copied to the phone in Step 2.

Step Eight: Swipe to confirm the flash. Your phone should now be rooted in a few seconds.

Step Ten: Transfer the files within this download into the internal storage of the Mi 5. Power off the phone and set the Mi5 back into recovery mode by holding the down volume button and power button one more time.

Step Twelve: Back out and tap on Install Zip from SD Card, selecting CM13 and installing. Then, return to the main menu and reboot the system.

Step Thirteen: If the phone does not manually restart, boot up the phone one more time and CyanogenMod 13 should now be installed as your new system.

As mentioned in our Mi4 hack article, Windows and Xiaomi had previously mentioned support for the Mi line of phones. While this has yet to be optimized for the Mi 5 model, it is a common rumor that Windows 10 will be available for the Mi 5 in the fourth quarter of 2016. As a result, if you’re a fan of the Windows Phone format, there is both good news and bad news. The good news is that installation of Windows will be a fairly easy task through the Xiaomi website, and will take none of the efforts mentioned above. The bad news is that a great deal of patience will be required until that time.