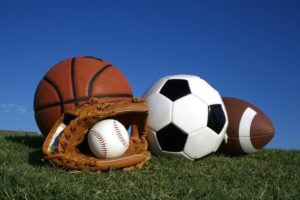 list and this year, it is no different. There is only one baseball and two basketball teams in this year’s most valuable sports teams list. The list has four American football and three football teams, some which are not difficult to guess.

According to Forbes, the Dallas Cowboys are the world’s most valuable sports team this year. The Cowboys had appeared in the top ten in the past, but this is actually the first time that the list does not have a football/soccer team in first place.

The Cowboys have not won a Super Bowl recently but they have remained as one of the most popular teams in the NFL. It is no surprise to see them here as previous most valuable sports teams lists have also featured them in the top five. That’s not all,  they also play in one of the most impressive and expensive stadiums in the world.

Real Madrid, one of the most popular sports teams around the world, is second at $3.7 billion. The team is known for breaking transfer records when they want another star on their roster. Real Madrid won the Champions League last season and is always a favorite to win, with stars like Ronaldo and Bale on its roster. In 2015, Real Madrid placed first in the list at $3.4 billion.

The list continues with another football giant, FC Barcelona. The team is worth $3.6 billion and currently has some of the most popular players on its roster. They are the current league champions and won the Champions League two years ago. With stars like Messi, Suarez and Neymar, they’ll also be favorites to win it all.

The New York Yankees are the only baseball team in the top ten and they are worth $3.4 billion. The team is not having the greatest season, with a 44-44 record. But their fans have seen them win a lot, they have 27 World Series wins out of 40 series played. This means they have appeared in 24 percent of all the series played.

The third football team in this list is Manchester United at $3.3 billion. The team has gone through a few changes these last few seasons and recently brought a new manager. The Premier League will be very interesting this season and Manchester United will be competing to get back in the Champions League.

The list continues with the New England Patriots, a team that has four Super Bowl wins in the last 16 years. They are worth $3.2 billion, making them the second most valuable NFL team.

The New York Knicks have not done well these last few years but they are worth $3 billion. The team did make a few signings and a trade a few days ago, so it will be interesting to see how they do in the next NBA season.

The Washington Redskins are one of the three teams in the top ten that are worth less than $3 billion. The team is worth $2.9 billion. Will they win the NFC East again this season?

The list continues with another NFC East team, the New York Giants. They are worth $2.8 billion, which makes them the fourth most valuable team in the NFL.

The Los Angeles Lakers have not had great seasons these last few years and one of its legends recently retired. But they are worth $2.7 billion, giving them tenth place on the most valuable sports teams list.

These are the most valuable sports teams of 2018, according to Forbes. Surprised by any of the teams in this list? Let us know in the comments.