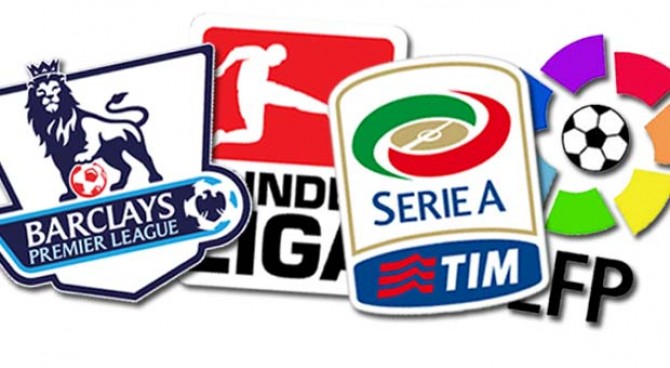 In sports, the athletes who perform well and help their teams win usually get a bigger contract when it is about to run out. Sometimes the team or club tries to do everything to keep the athlete on their roster for many more years or the rest of their career. But trying to keep the star player on the roster does not work all the time. Sometimes the athlete wants to move and win somewhere else or simply have the chance to win some trophies. In football, the transfer negotiations don’t usually take very long but there have been a few that almost seemed like they would never be completed. Here are the football transfer negotiations that took forever to be completed:

Cesc Fabregas joined Arsenal in 2003 from Barcelona and quickly became one of the best central midfielders in football. Rumors about a return to Barcelona surfaced for a while but it didn’t happen until 2011. Fabregas had been long linked with a return to Barca and Spain teammates even put a Barcelona jersey on him after winning the World Cup in 2010. He was still an Arsenal player at the time but a year later, he joined Barcelona on a £35 million transfer. He joined Chelsea in 2014 and recently ruled out a second return, explaining that it is highly unlikely that he will ever player for Barcelona again, even if he wanted to.

Neymar was already a star before he joined Barcelona in 2013. Many teams were interested in the star striker but it took a few years before we saw him play in Europe. Years before the transfer, Neymar actually had a trial at Real Madrid at the age of 13 but recently admitted that he did not feel comfortable. He played for Santos for four years before joining Barcelona and he hasn’t disappointed. He is only 24 years old but has already had an impressive career with Brazil. The star striker is currently competing in the Rio 2016 Olympics to try to help Brazil win its first gold medal in the sport.

Cristiano Ronaldo has been one of the best football players for some time now and the transfer to Real Madrid back in 2009 been rumored for a while. Many thought he would leave earlier but he made the move to Real Madrid in 2009 after Manchester United accepted a world record £80 million. There have been rumors about him moving to the MLS or other leagues but recent reports have mentioned that he will soon sign a new contract with Real Madrid.

Gareth Bale was really good while playing for Tottenham and this caught the attention of other clubs, including Real Madrid. The rumors had him moving to the team on a world record transfer but this didn’t happen right away. The £86 million move was completed but not before the FIFA 14 UK cover was released with him wearing a Tottenham jersey. EA Sports then updated the cover with Gareth Bale in Real Madrid’s kit. There have been rumors about him moving another team but it was recently reported by a few sports sites that Real Madrid had opened contract extension talks with Gareth Bale’s representatives .It is rumored to be a seven year contract, which would keep him at the club for the rest of his career.

The Paul Pogba transfer to Manchester United has not been completed but it will likely happen in the next few hours. He is one of the best central midfielders in football but this isn’t the first time we’ve heard of him moving to another team. Last year, there were also rumors about him joining another team but nothing ever happened and he remained at Juventus. Paul Pogba left Manchester United four years ago but it looks like he will be returning to the team soon as it was reported just hours ago that he had arrived in Manchester and will undergo a medical tomorrow. The £100 million move will give Manchester United another star player to compete in the Premier League and try to get back into the Champions League.

These are some of the football transfers that took forever to be completed. What do you think about the Paul Pogba to Manchester United transfer? Which players would you like to see your team sign? Let us know in the comments.