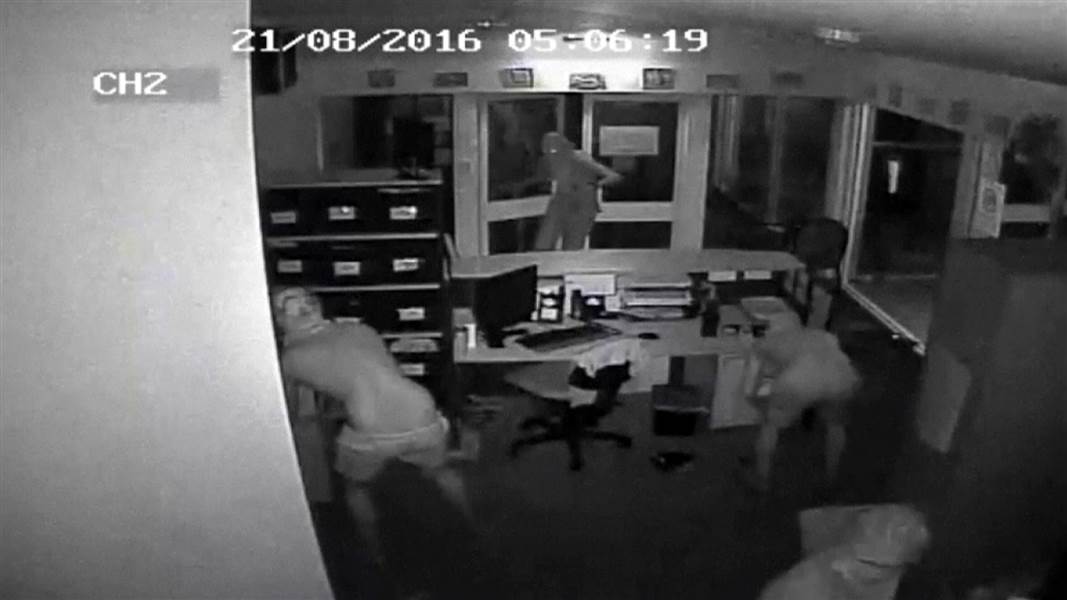 In Australia, a group of four vandals pushed three saltwater crocodiles into a school office. The crime, which happened on Sunday, shows the four vandals pushing the crocodiles through a small opening of the school window. This part of the window appears to be broken and is covered by a flap. That didn’t stop the group from leaving the animals, who were not in the greatest condition.

The three saltwater crocodiles had their mouths taped and were left at the Taminmin College in the town of Humpty Doo. The largest of the three crocodiles was almost 6 feet long. The four vandals entered the office with shirts wrapped around their head and trashed the office before leaving with the computer.

The three saltwater crocodiles were rescued by the wildlife rangers. David Gregory, who works with the Northern Territory Police, said the three crocodiles were not in great shape and they had their mouths taped. He added that they hadn’t seen water for a long time and are undernourished.

Authorities still don’t know why the group decided to leave the animals there but rangers believe the crocodiles come from a crocodile farm somewhere near the college. Police are still searching for the group and they face a huge fine for animal cruelty.

The three crocodiles were not very healthy when they were found and it was recently said that they would likely be put down. One of the crocodiles is seen walking while the group enter and trash the office.

Here is a video from euronews of the animals being pushed through the window and the vandals entering the office: