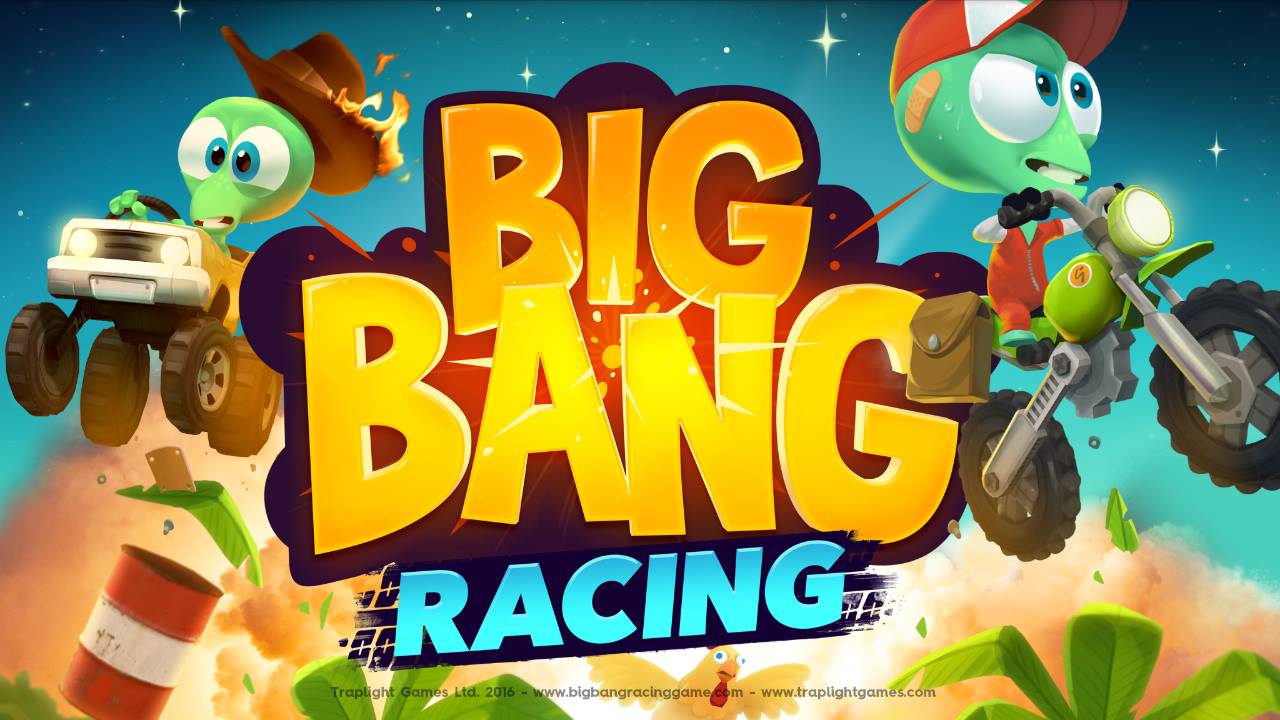 Big Bang Racing is a mobile racing game where over a million player-created levels serve as the playing field. You control a vehicle that can be upgraded with parts that you collect by playing or through purchases. You are also encouraged to contribute to the community by making your own levels for others to play. It is a simple yet ridiculously fun game that makes for a great time waster.

If you’re a new player or a veteran looking for cheats, tips, and tricks then check out what we have in store for you. 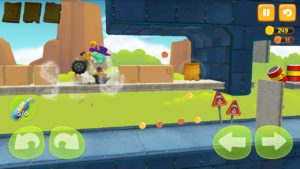 Early on the game tells you to do flips whenever you can. This little stunt gives you a speed boost that can put you ahead of the opposition during Races. There’s really no secret trick to pulling flips other than to do it only when you’re high up in the air or at least flying across a great distance. Doing a flip while on an awkward position like a small ramp can remove your hat, but sometimes this risky maneuver is what you need to secure the top spot in Races. Front flips or back flips, it doesn’t really matter which of the two you prefer to perform as their turning speed is just the same.

As you fall down a great height try to control your descent with the flip buttons. Sometimes your car automatically tilts towards one side and this could end up with your neck broken. Doing a complete flip is always recommended but if it is impossible then at least try to make sure that you land perfectly on all four wheels. Holding a specific direction of the flip buttons while falling will make your vehicle move slightly towards that side, making it a useful trick if you wish to somehow control where you will land.

Do not ram the red barrels at top speed. This will only result in your fiery demise. Instead ground your car to a halt and nudge the volatile obstacle with gentle prods. The other dangers in the map like the Crusher and Spikes are painted in red so be extra careful whenever you see something that’s splashed in crimson.

Participating in Races allows you to accumulate stars for valuable Chests. Also your rank increases which unlocks better items. In this mode you are pit against AI-controlled avatars of other players so don’t take it too seriously. Also you can restart if you lose which makes it easier to keep on trying until you get the top prize.

Unfortunately during Races your opponents will not perish due to obstacles or traps. Don’t expect them to carelessly drive towards spikes or exploding barrels. 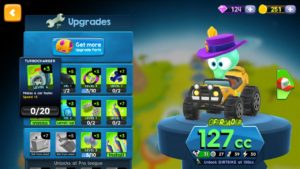 The Chests in Big Bang Racing are very much the same as the ones in Clash Royale. You need to earn a number of map pieces to obtain an Adventure Chest while the Racing Chest can be acquired after four racing wins (at least second place). These contain an assortment of rewards ranging from Gold to vehicle upgrades.  There are also instances of a Surprise Chest appearing every few hours where you have to watch an advertisement first, and a Free Chest inside the upgrades section.

Vehicle upgrades give your ride better maneuverability and extra functions like the Nitro boost. It would be best to keep upgrading your parts whenever possible and as long as you have enough cash. This boosts your CC rating which is crucial if you wish to dominate in the Races and to unlock the dirt bike mode.

If you’re lagging behind in Races then try to prioritize your vehicle’s Speed attribute. At the start you are given the Turbocharger part. Upgrade this while you’re still working on unlocking the next tier of upgrades.

Hats protect your noggin from a potentially fatal damage. However it is removed once it saved you from harm, leaving your head exposed and ensuring that the next thing that hits it will immediately kill you. They all do the same job and only differ aesthetically. Here’s a little secret: tap the Create button then go to Search. Look for the player named Spencer23$ who belongs in the group Lost Phoenix. Follow him and enjoy your brand new Dollars Pimp Hat that has a rarity of Epic. 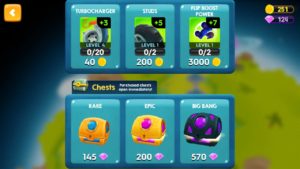 Never forget to watch the ads before playing. This potentially increases the Gold you can earn and even gives you a chance to rake in valuable diamonds. These ads usually run for 20 to 30 seconds so that’s not much time wasted for a very profitable buff.

Put your creativity to the test by making your own levels for fun and profit (and to torment other players). You can earn money whenever your levels get a like or a mega-like. The level editor is easy to use and it allows accurate placement of terrain by dragging your fingers. Some editor items like obstacles and traps can be obtained in Chests or purchased for a cheap price. Don’t forget to share your creations on Facebook.

If you don’t mind spending a couple of bucks then you can buy a permanent Coin Booster at the bottom part of the in-game shop. This will boost the value of every copper you pick up to a whopping 500%.

Join a Team for a quick burst of 40 Gems. Also you can earn more in Team Rewards that can be accumulated after every Racing Season. Just go find a Team at random at tap it to join, or if you have a spare 1,000 Gold then you can start your very own group.

There are a lot of hacks and cheats on the internet that promise to give you unlimited Gold and Gems. These usually involve installing a “modded” version of the game into your device or providing your personal information. These hacks do not work and can seriously damage your device. Avoid at all costs.

There we go with the cheats, tips, and tricks for Big Bang Racing. Just keep on racing and playing so you can keep on earning Gold and new vehicle upgrades. The game is relatively new to the mobile scene so expect to see a lot of new content in future updates. Good luck and have fun!