How to Change the Operating System of Your HTC 10 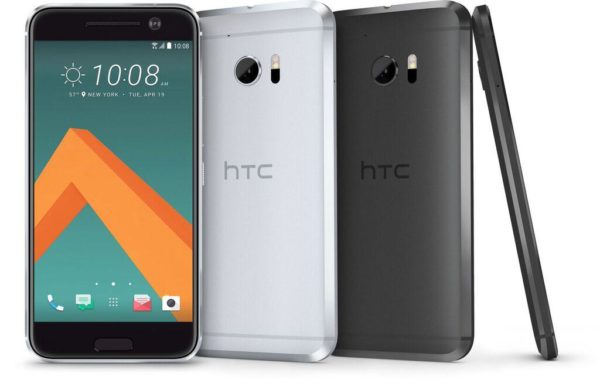 Sometimes, newer isn’t better. In the case of some Android users this is true of Android 6.0 Marshmallow. While many enjoy the new features, a significant number of Marshmallow users are finding that they aren’t getting the expected battery life, Wi-Fi connectivity, or App stability that they were relying on. This seems to be particularly true of Marshmallow users who own HTC 10 phones. Here, we will cover how to either downgrade your Android device to something more akin to Lollipop or previous versions, or if you’re wanting to get rid of the OS altogether, how to transfer to another operating system.

As with anything tech related, if you are going to change anything it’s worth your time to back up your HTC 10. The best backup method given our goal is to do so via Google Drive. To do this, follow the steps below:
Step One: Open the HTC Backup App and turn on the Automatic setting.
Step Two: Make sure that the Back Up Phone Daily is selected and hit Next.
Step Three: Sign in with your Google or Facebook Account.
Step Four: On the Cloud Storage menu, tap the Google Drive option and select OK.
Step Five: You may be asked to sign in yet again to Google Drive. Do so, and the backup should complete soon. You’ll then be able to see the most recent time of back up in the Backup history menu.

With that out of the way, let’s take a look at how to change the OS of the HTC 10.

How to Change from Android 6.0 Marshmallow to Non-Stock Android

Before we get started, there has to be a few warnings and things that must be put out of the way. First and foremost, there is no “official” way of doing what we intend to. This may void warranties, or contracts, or any other number of things. Be sure to make note of the contractual restrictions on your device. Next, we have to do one more task before getting to properly downgrading your HTC 10. We have to unlock (or jail break, if that’s your preferred term) it. To begin the process, follow these steps:

Step One: Go to Settings, then About, then Software Information and finally select More.

Step Two: Tap on Build Number in quick succession for a few moments. This will unlock Developer mode.

Step Three: Now, hit the back button three times and you will be presented with a Developer Options button. Select this option, and ensure that OEM Unlocking has a marked check box next to it.

Step Four: Turn off the phone. Once turned off, hold down the Volume Down and Power buttons until you see the HTC logo.

Step Five: Make a USB connection between the HTC 10 and your PC.

Step Six: With our attention on the PC, we need to download a few items before we proceed. First we need Fastboot (which will require registration and will not be needed until step eight), followed by Twrp for HTC 10, SuperSU and HTC 10 Drivers. If you happen to be running a windows machine, open up the HTC 10 drivers first. It is recommended that all these files be downloaded to the same folder (Downloads) for ease of use. We also need to register the HTC Bootloader.

Step Eight: after step seven, you will see a wall of hexadecimal ( 0-9 as well as A-F letters) numbers, go ahead and copy that identifier, alongside the Token Start and End titles. Now go to the bootloader link mentioned above, and after registering, identifying which bootloader you need, and agreeing to legal terms, click on Proceed to Step 5. Now, take that copied Hexadecimal number and submit it in the text box and click submit.

Step Nine: You will be emailed an attachment that is a .bin file that will have an unlock code. Download that, and copy the attachment into the fastboot folder, after it has been unzipped and extracted to the Downloads folder as well.

Step Ten: Return to the command prompt and use the following command:
fastboot flash unlocktoken Unlock_code.bin

Step Eleven: At this point, take a glance at your phone. There should be a screen up that is titled “Unlock bootloader?” At this point, hit up on the volume button to highlight yes, and hit the power button. This will delete all your data, so the aforementioned back up is highly recommended before this step.

Step Twelve: Your HTC 10 should now reboot a few times. If it does get stuck (which is common), reboot by holding the Volume Down button and Power button for around 30 seconds. Now, go back to your computer and copy and past the twrp file into the Bootloader folder.

Step Thirteen: Pop onto the command prompt yet again and type the following:
fastboot flash recovery twrp-3.0.2-2-pme.img
Note: The exact file name may vary, do ensure that it is replaced by the version you have.

Step Fourteen: On your HTC 10, hit the Power button to continue. Then select Reboot to Bootloader and hit the Power button yet again. Choose the Boot to Recovery option and hit Power once more. You may at this point be asked for a password by twrp recovery, tap Cancel if this is the case.

Step Fifteen: Next, tap Keep Read Only, Wipe, Format Data, Yes, then go to main menu and tap Reboot, and then Bootloader.

Step Sixteen: Choose Boot to Recovery, and swipe right to allow for modifications as indicated.

Step Seventeen: On your PC, copy and paste the SuperSU Zip folder from your PC to your HTC’s internal storage folder. It will been found in the file manager as This PC → HTC 10 → Internal Storage.

Step Eighteen: Your phone screen should now have an Install option, tap that, and select the SuperSU file.

Step Twenty: After waiting for the install to complete, you will be greeted by a welcome screen. Sign in, and have an app called SuperSU on your phone. If it opens without errors, you now have a fully rooted device.

At this point, our work is actually nearly done. Our next step is to pick out and install a custom ROM that

best fits our needs. For the HTC 10, the safest custom ROMs will often be based on the architecture of the Marshmallow system, but have tweaks that alter how the battery is used, changes the user interface and allows for customization. You can often find tweaks and custom ROMs here (and it is encouraged you try a few out before settling on the one you prefer), and the installations are typically identical to what we will use today. For our purposes, we will use the Venom Team’s VIPER HTC 10 Operating System, which though based in Marshmallow, has some traits passed down from Jelly Bean, KitKat and Lollipop that allow for a better overall experience. It also contains some custom software that allow for easier use. Let’s see how we can get a Viper on your HTC 10.

Step Two: In the case you happen to have an external SD card, after downloading the ROM, go ahead and transfer it from your PC to your HTC 10’s SD card. If not, ensure you already have twrp set up (the previous tutorial would have you do this) and then transfer the file over to Internal Storage.

Step Three: Press and hold the Volume Down button alongside the Power button to boot into the bootloader. When in twrp, click Install and select the ROM. The installer will guide you through the rest.

Once this is completed, it is a fine idea to play around with your new Operating System and adjust things to your liking through the various settings menus. If you have made it this far, welcome to the new frontier in mobile technology.

How to Install iOS on HTC 10

Yes, you did read that right. It is possible if you so desire, to perform the ultimate act of mobile treason and install iOS onto a non Apple device. Unlike the above method, this will require no rooting, and only a handful of steps to get you into a new OS.

Step One: Download the software from the iOS on Android site.

Step Two: Open the program and plug in your HTC 10 to your PC.

Step Three: Load your HTC 10 onto the program’s prompt, and follow onscreen instructions to transfer to iOS.

Throughout this article, many third-party software sources have been used. While we have done our best in curating the best sources of information and code for you, our reader, we cannot claim that all methods will work for all people at all times. Therefore, we cannot claim responsibility if there is a malfunction. However to mitigate this, a good suggestion is to keep a factory reset image on either your phone or your computer which can be found either through HTC’s resources or in many cases through your service provider. Best of luck, and happy hacking.