How to fix common errors in Pokemon Go 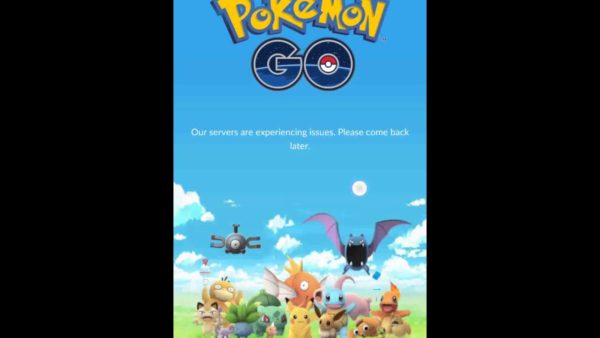 There has never quite been an app as popular or downright fun as Pokemon Go. With the app and partnership with Google’s Niantic company, Nintendo was able to raise their stock price by nearly 25%. This does not mean however that this is a perfect app. In fact, many players know the pain of having the game bug out on them at the worst possible time, or it becoming wholly unplayable for long periods of time. Here, we will take a look at some of the more common Pokemon Go errors, and how to fix them so you can catch ’em all. 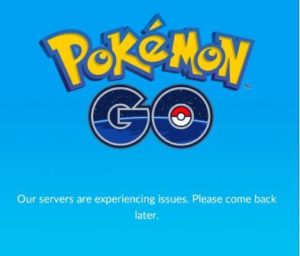 Have you already made an account, farmed nearly enough Magikarp to get a Gyrados and now when your so close to getting your gym dominating beast, that you can’t sign in to the Pokemon Go servers? If this is the case, there are two main possibilities. The first is that the entire server is down, which after the most recent update (which kicked out most of the heavy-traffic third party groups) is becoming less likely by the day, or that there was an issue loading your account due to either sync issues or server communications. While the former cannot really be fixed from the player side of things and the only solution is patience, the latter can be solved quite easily. You can either go to the task manager of your phone and manually close out the App and try again in a moment, or do a full restart of your device. Typically this solves the problem within a minute.

Pokemon Problem 2: I Lost All My Items!

As a free to play game, Pokemon Go needs to make money somehow. By allowing players to purchase increased storage for items and pokemon, incubators, balls and potions, it has made millions already, and can make playing the game easier for those far away from Pokestops. However, some players have reported that items bought from the game store have a tendency to disappear. If this occurs to you, it is best to go to Settings (the gear icon), then select sign out. Then, do a fresh restart of your phone and sign back in. This resets the communication between your phone and the servers, and should display all the items you have purchased the next time you sign in.

Sometimes even the most stable builds end up having issues when distributed in the real world. Ironically, the cause of most freezing is in fact overheating. Especially true in the more tropical or arid climates, players may find their phones running hot, and thus making for ample opportunity for a hardware failure. This can also contribute to the notorious battery drain problem that comes with the app. To solve this, take frequent breaks from playing in warmer climates (which is also sound health advice) and make sure your device is close to room temperature before starting out again. Another, slightly more unorthodox method is if you happen to be carrying a backpack, double packing some ice into ziploc bags, and then having a separate bag for your phone and occasionally dropping the two beside each other (back of the phone towards the ice), the heat can be dissipated that way and allow you to continue your adventure.

Pokemon Problem 4: I Updated and I’m Back At Level One!

The nightmare of many a trainer, the loss of all progress. During some of the patch implementation an updating of the app, some users have reported a subsequent loss of all data including items, pokemon and even level. This is not however, a permanent loss. There are three possible solutions, two of which can be done by the player. The first of these is, as usual, to restart the phone as a whole and try logging in again. This solves the issue for most players. Then, if that fails, open pokemon go after signing out of your Trainer or Google account, and then sign in using a different one. This can at times solve the issue as well. Lastly, Niantic has sent out a notice that they are aware of the widespread issue of this and are planning yet another update to fix this bug, which should be coming in the very near future. 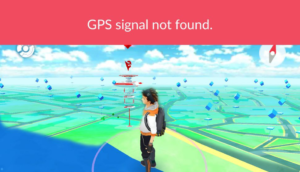 Pokemon Go seems to have chronic issues for most players in terms of keeping exact coordinates. This can make such mechanics as the “walk to hatch and egg” system feel rigged, as players can travel up to twice the distance, without having anything hatch. This is worsened when the player notices that the character has stayed still throughout a jog, only to jump into current position. Likewise, a red notification of “GPS Signal Not Found” can cause many an issue when moving or capturing pokemon. To fix either of these issues, you can either restart the app as soon as you notice it, or turn on and off your location settings with some manner of frequency. Likewise, you can upgrade your data connection, as your GPS coordinates are sent via this route to the serves which then updates your map, which is a data-intensive process.

Have you been using Incense and Lures frequently but can’t catch anything more than a Pidgey? If so, you may want to relocate slightly. Though these tools can help, they will not of themselves spawn pokemon. Instead, it is better to go to highly populated areas near you, or places of national interest. Pokemon Go uses traffic analytics from Google to estimate populations, and then fill the areas with appropriate amount of pokemon where possible. Knowing this, you can use it to your advantage and make short trips to busy venues for a higher chance at catching not only more, but rarer pokemon. As mentioned on the app though, do watch your surroundings when in highly populated areas. The last thing anyone wants is someone else to end up on the news because both pedestrian and driver were playing Pokemon Go, and both catching a trip to the hospital instead of a Dratini. That being said, if you do find yourself near a hospital (especially a children’s hospital), do consider throwing a lure out. It gives those inside a chance that they otherwise may not have to catch some pokemon, and is generally a very cool thing to do.