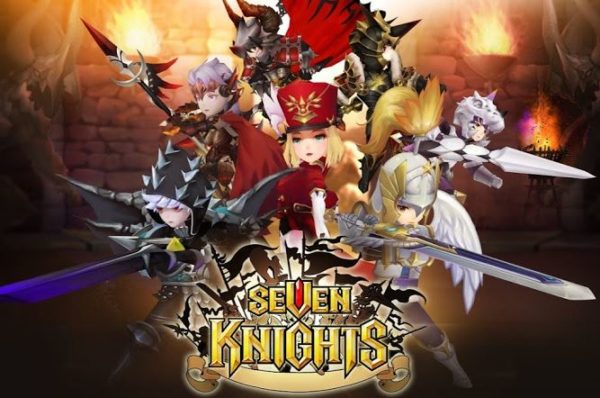 Seven Knights, a popular turn based RPG by the people at Netmarble has proven to be one of the most popular Android games around. With great graphics, a large community and plenty of strategy and customization components, it can be an absolute blast. However, it can also be remarkably difficult. Here, we will cover 7 tips, tricks and cheats to get you ahead of the curve in both the main story line and PVP.

#1: Use Leveling to Farm Rubies

In Seven Knights, you have a roster of heroes you can use that can be anywhere from 1 star to 6 stars in rating. While it may be tempting to level up the heroes that are already highly rated, ignoring your lower roster is ignoring a great opportunity to get resources that otherwise cost real money. No matter the initial level or ranking, you will receive 5 rubies for every unit that reaches level 30. These can then be used on player upgrades which affect all units and provide fantastic stat buffs. In turn, if you find certain units essentially useless after attaining level 30, you can always sell them for gold, another useful resource.

For many of the more difficult opponents in Seven Knights, going on primary attacks alone may simply not be enough ton ensure victory. In these cases, the best route to victory is stat/damage juggling. To do this, perform an opening move that freezes, silences, or paralyzes the opponent. Then, continually strike with more standard attacks until such time as the effect diminishes, and repeat the process again. This will ensure that you can apply the maximum damage to the opponent without risking being put into a scenario where victory is unattainable.

#3: Summon Knights As A Trial

Each day you are allowed to summon a friend to help you in battle. One of these will be one of the Seven Knights, for which the game is named. While typically using Knights require an exceedingly high player level (or purchase of them), this allows players to test out the Knights and find which best suit their styles. It also provides a decent status improvement for other units the player is using throughout the battle and can be used to get over particularly hard portions of the game.

As with many games in the PVP and RPG realms, Seven Knights has a pretty active community at its base. Whether through gaming forums or the subreddit ( /r/7kglobal ), there are dozens of pages of experiences, stories, strategies and even coupons to be had. Besides advice and savings, you can also gain in-game friends which may prove to be useful in getting resources and defeating enemy forces without nearly as much stress.

Castle rushes are a battle mode that are aligned to guilds, where the player can face off against Guardians of the castle and as a result win prizes. If a player happens to complete a rush with a rank of S, the player can in turn get gold, rubies, equipment, hero units, or as mentioned, a Knight. This means it’s a great chance for players who don’t want to spend money in game to get both better equipment and characters. However, to increase your odds it may be a wise choice to pair this method with tip #1 to build up a good rush team, and tip #2 to give a further edge in combat.

Seven Knights is somewhat unique in turn based RPGs in the fact that you can pre-position for forces for defensive or offensive optimization, as well as the option for a balanced approach. To make the best of this system, there are two main components you have to examine. The first is what sort of player you happen to be, whether you prefer to be defensive and wear down your opponent, or smash the ramparts. Secondly, consider your roster and hero placement. Having your most aggressive hero in back usually gives an attack bonus, and having your strongest heroes in front will usually bolster their defense. To get the most benefit out of this mechanic, you should also consider upgrading formations as often as possible, as the percent bonuses can jump from only 0.25% to 100% in some cases.

After playing the game some time, you’ll be given more options to select a team roster of 6 characters from over 200. As mentioned earlier, these can vary from 1 to 6 stars. What was not mentioned before is that you can “feed” your lower star heroes to your higher star ones to give them higher stats and make them more formidable in battle. As a general rule, you should use the following pattern to optimize your team:
Use 1 star units to power up units that are between 3 and 5 stars
Use 2 star units to power up 6 star units
Fuse 3 star units for 4 star units, which can then be fused for 5 stars, and once more for 6.
If you are content with your 6 star unit, you can use it as a combat unit, or use it to unlock other units when available.