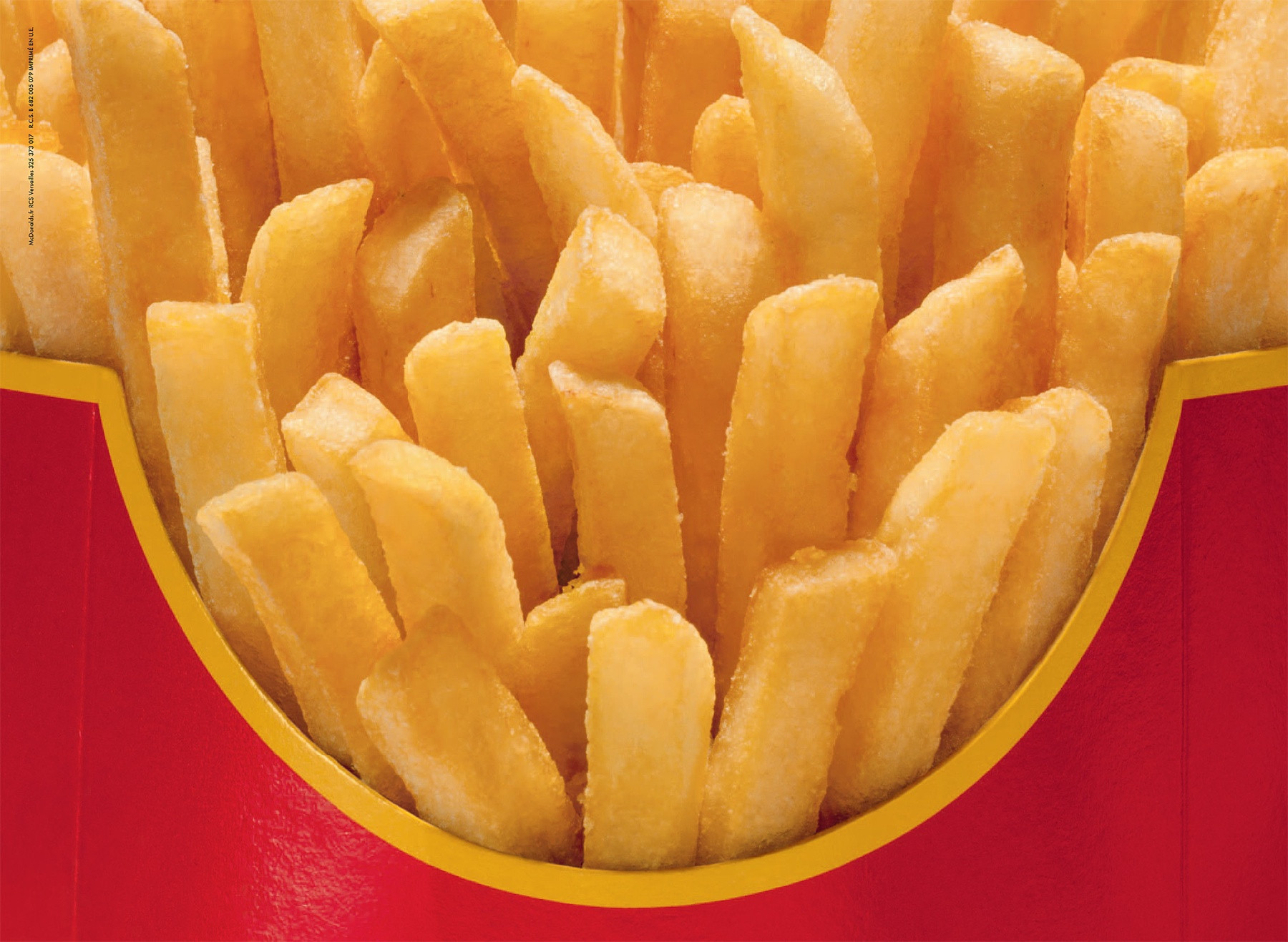 When you think about ads, you think of obtrusive banners and crammed ad blocks in your daily newspapers. You think about the ads that interrupt you when you’re watching a movie or listening to music. Such ads are called interruptive ads, and they attract your attention by interrupting whatever it is that you’re doing. And most of the time, you don’t like being advertised to, especially like that.

However, there are some ads that are simply done right. Ads that are made so good that you don’t even see them as ads, but as something that delivers value to you. And today, that’s exactly what we’re taking a look at. So without further ado, here the most interesting ads ever created, ranked in no particular order: 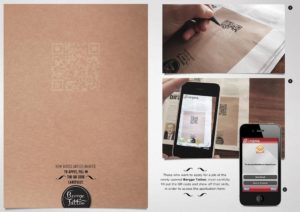 Turkish Berrge Tattoo shop had one of the most creative newspaper ads of all times. To understand the brillance of their ad, you must know what a QR code is. Simply put, a QR code is a pattern that you scan using your phone and it takes you to a certain website. It’s much easier opening your camera and scanning a code than it is to type in a lengthy URL. Because of that, QR codes are becoming more and more popular. It’s no wonder that Berrge Tattoo decided to add a QR code to their newspaper ad in which they were looking for an employee. However, in order to see the code, you must fill it out yourself. That way, only the people with steady hands can apply to the job. And what’s more important for a tattoo artist than having a steady hand? So by doing this, Berrge has pretty much weeded out the people who aren’t good candidates. Creative and smart.

You can see the ad by clicking the picture next to the text. 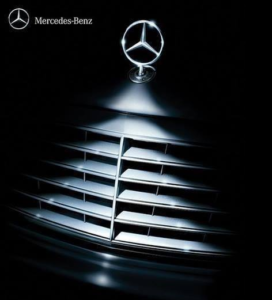 Mercedes-Benz is a global, Germany-based automobile manufacturer, known for their luxury vehicles. Mercedes does many things right, but their Christmas advertisement takes the cake, creativity-wise. Benz is best known for their two symbols; their logo and recognizable front grille. Certain Benz models have their logo atop of the hood, and the grille right beneath it, so their marketing team came up with a brilliant idea. By playing with light, they managed to make it look like their logo is the Christmas star and the grille are the Christmas tree. The ad doesn’t have any words in it, but its purpose is obvious. Simple and effective. 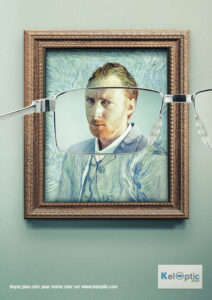 French eyewear company, Keloptic, created an advertising campaign based on “clearing up” some recognizable paintings of the history. For example, Vincent van Gogh is known for his quick brush strokes that look kinda blurry, wouldn’t you agree? Keloptic took that to their advantage. They advertised their glasses as being able to clear up the blurry impressionism pictures, thus making a strong point (“use our glasses, your sight will be better“). The picture on the left is just one of the examples they’ve done for their campaign. Keloptic’s ad campaign was successful enough to get websites write about them, so it surely did well. 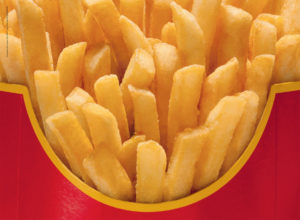 All above-mentioned ads have something in common – they have their logos in the ads. And that sounds like a no-brainer. How can people know who is advertising if there’s no branding, text or logos? But then again, you knew what the picture on the right is about even before you saw the title, right? McDonald’s made their red and yellow color combination so powerful that they’ve started using it without any logos or text. Just a simple picture of French fries, and McDonald’s colors. But almost everyone’s first guess would be them, regardless of that. That really tells something about McDonald’s influence. 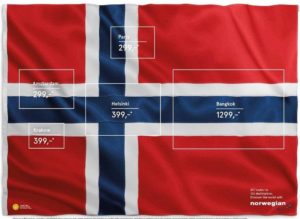 How do most airline companies advertise themselves? They show their planes, clouds, possible destinations, etc. While that may be the most straight-forward approach, it’s also the most saturated one. And that’s why Norwegian Airlines decided to get creative with it. Using their own country’s flag, they managed to show off their destinations and prices, wrapping it all up in a creative ad. What they did was pretty simple. Norway’s flag is nothing extraordinary, but it “contains” many other flags in itself. Norwegian Airlines made those pop out and used them to advertise their travel locations and prices. Creative, isn’t it? 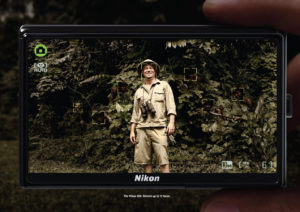 During the last few years, face recognition has become an important feature of every camera there is. By using face recognition, camera knows where to focus and thus takes better pics. And today, even smartphones have good face recognition software. However, when the technology was just taking off, Nikon had to advertise it somehow. A simple picture at the first sight, but face recognition reveals 5 faces and a skull in the background. And just like that, it’s in your mind that Nikon’s face recognition is great. And that most likely influenced many people’s choices when they were buying a camera few years back.

4) Colgate Does A Clever Advertising Trick

Take a look at the picture. What do you see? If you’re like the majority of the people, the first thing you’ll notice are the damaged teeth of the men in pictures. That’s what attracted your attention from the second you’ve opened the picture, right? Well, take a second look. In the first picture, the lady’s hand resting on her husband’s shoulder has one finger too many. The second man has a random hand on his shoulder, that definitely isn’t his wife’s. Can you see what’s wrong with the man in the 3rd picture? He only has one ear! But you likely didn’t notice any of those. And that’s exactly what Colgate planned, to show you that your teeth attract more attention than any physical defect. Looks like a job well done. 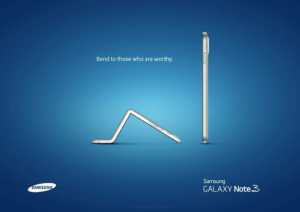 Do you remember the whole fiasco when the iPhone 6 came out? If not, let us remind you. Apple’s iPhone 6 had one very noticeable problem. It would bend if you applied enough force to it. The thing is, not much force had to be applied – the phone would bend very easily. So what did Samsung, their main competitor, do when the news broke out? They used the information to promote their own phone, the Galaxy Note 3. They did so by instructing Apple’s new flagship to “bend to those who are worthy”, and that was obviously Samsung’s new phone. Whether you prefer one company or the other, you can’t disagree that this was a clever marketing move.

2) Game Of Thrones Flies Over The NY Times 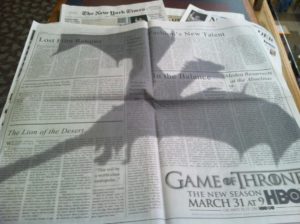 In case you just woke up from a coma and haven’t heard of Game of Thrones, let us summarize it for you: politics, wars, huge world and… dragons. So when advertising their most popular series, HBO tends to use the recognizable characters, human or not. And speaking of non-human ones, if you’re a reader of The New York Times, you could have witnessed this ad yourself. A silhouette of a dragon flying over the newspapers that you were reading, with a smaller promo text below it. An efficient way to remind everyone that Game of Thrones is still going strong. 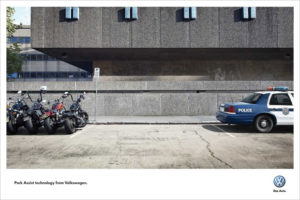 Volkswagen is another German car manufacturer that makes the list. VW is one of the world’s largest car manufacturers, with dozens of car models being made by them. Most recently you could have heard about their emission scandal, if that rings a bell. Scandals and praises aside, let’s take a look at one of their advertisements. In this ad, VW is advertising their park assistant technology, that does exactly what you think it does. And what better ways to do so, then to show a parking spot between a police car and some motorcycles. Immediately, we associate these with the law and biker gangs, two things you don’t want to mess with. And just like that, it’s in your head that you need the VW’s new assistant if you want to avoid such parking troubles. Efficient.