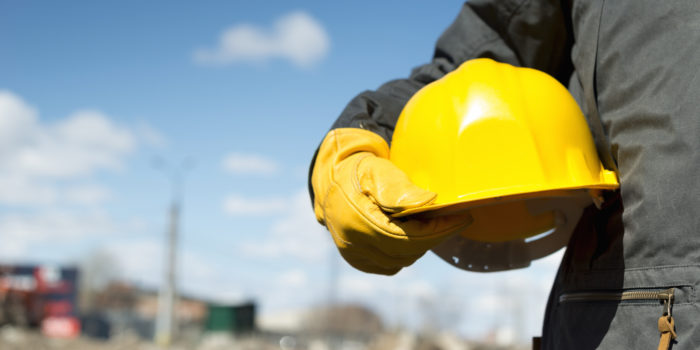 Garfield hated Mondays, and understandably, so do many others. Mondays signify the beginning of another long, grueling work week, potentially filled with all kinds of mishaps and monotony. Admittedly, this may sometimes just be the result of burnout, or even laziness to an extent.

But for some, the stakes are much higher. For certain jobs, a new work week is another one spent desperately hoping that something doesn’t go wrong. For these, simple mistakes can easily be the difference between life and death. In fact, according to the United States Department of Labor, 2014 alone spelt the death of over 4,500 workers in their workplaces. Scared yet? Well, maybe you should be. But if you wanted to make sure that your waffles for breakfast today won’t likely be your last, here are the top ten most dangerous jobs to have in 2017: 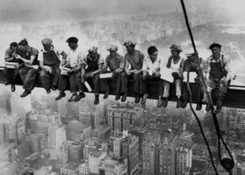 As you get further down this list, you’ll pretty quickly begin to notice something: Many of these picks aren’t particularly shocking. To be fair, a lot of the risks involved in many occupations are fairly obvious. In this case, it isn’t too surprising that a job consisting primarily of lifting heavy objects, operating power tools of different shapes and sizes, and sometimes working in less than favourable conditions, resulted in approximately 11.8 deaths per 100,000 workers, according to the Bureau of Labour Statistics. 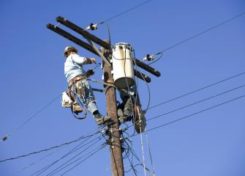 If you were to take away one vital piece of information from this, let it be to never mess with electricity. For this job, the Bureau of Labour Statistics measured a fatality rate of 21.8 deaths per 100,000 workers, almost 10 worker deaths higher than the previous entry on the list. Not only do these men and women typically work on raised platforms to reach the heights required, but they also place themselves at risk of electrocution on a daily basis, all so that you can charge your phone before it dies in the middle of your Netflix binge session. 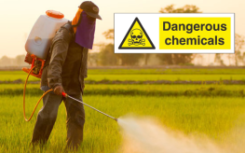 The Bureau of Labour Statistics associates a fatality rate of 21.8 deaths per 100,000 with farmers and other agricultural workers. Although to be fair, the agriculture industry has developed immensely over time. The implementation of more efficient technology and machinery has thus made this job much safer than it has been in the past. However, even with technological advancements, it was still estimated that 23% of youth deaths amongst farmers and agricultural workers involved machinery, according to the National Institute for Occupational Safety and Health. Farmers also typically have to manage within poor working conditions that vary with the weather, as well as working very long hours.

The Insurance Information Institute notes that, for a person born in the year 2013, the risk of dying in a car accident were about 1 in 47,718, Not too bad for someone working an office job. For sales drivers, however, the odds increase dramatically. Having to drive for long hours on a daily basis definitely lends itself to a higher potential for accidents. Even considering the many skilled and experienced sales drivers out there, the Bureau of Labour Statistics measured a fatality rate of 22 deaths per 100,000 workers. You just might want to think again before you curse at that truck driver in traffic next time. 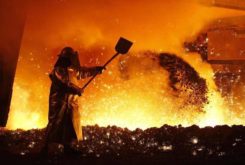 Iron and steel workers are largely involved in the construction of various building types, which in itself should be a pretty clear indication of where the various risks lay. Their job operates at great heights, making these workers prone to falling. In addition, iron and steel workers handle power tools, as well as managing the transportation and usage of large, heavy beams used in construction. Holding a staggering 25.2 fatality rate per 100,000 workers, gathered by the Bureau of Labour Statistics, structural iron and steel workers are still only seventh on this list of most dangerous jobs. 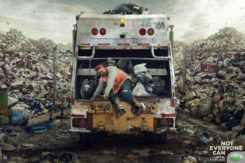 Every work week, garbage and recyclable material collectors look forward to handling hazardous materials and waste, operating heavy machinery, working in open traffic conditions, as well as having to drive large trucks for long hours. A study conducted by the Florida Center for Solid and Hazardous Waste Management, gathered that garbage collectors work in a job that holds an average injury rate of 52.7 per 100 workers. Furthermore, the Bureau of Labour statistics estimates a fatality rate of 33 deaths per 100,000 workers. Be sure to thank your garbage man next time you see him, he definitely deserves it. 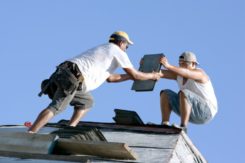 Notice the trend: If your workplace typically handles its business anywhere off the ground, you’ve likely increased your chances of not coming home from work that day dramatically. Such is the case with Roofers. While varying weather conditions surely play a part, falls are the leading cause of fatalities within this line of work, with an astonishing fatality rate of 38.7 deaths per 100,000 workers estimated by the Bureau of Labour Statistics. In fact, roofers in particular have a much higher fatality and injury rate that most other occupations dealing with construction. A study conducted by the Center for Construction Research and Training found that falls from roofs composed a third of all fall-related deaths in construction from 1992 to 2009, easily justifying roofers a place on this list of most dangerous jobs. 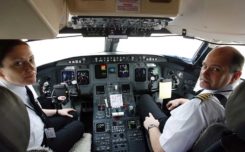 Have you ever been on a flight, and for that split second of turbulence thought, “well, this must be it then.” Odds are, most of the people seated next to and around you probably thought the same thing. Now, imagine having job that constitutes being responsible for the lives of everyone on board, and that moment of turbulence becomes even more frightening. This is the life of an Airline pilot. Although this job boasts a typical annual pay of more than $120,000, it contrasts with a suggested fatality rate of 53.4 deaths per 100,000 workers, according to the Bureau of Labour Statistics. Pilots require an astounding 1500 hours worth of training before being allowed to move to a commercial airline. Even knowing people that qualified are currently responsible for your life, one can’t help but think that 35,000 feet is quite the fall. 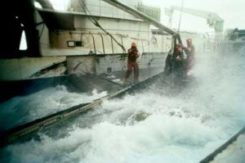 It’s no wonder why Discovery Channel’s Deadliest Catch became so popular, as one can’t help but marvel at how fishing workers are able to survive doing one of the most life threatening jobs there is. Fishers have to catch and hoist hundreds of pounds of marine life onto their vessel, and it doesn’t help that the raging ocean waters make for a platform of perpetual instability. Not only that, but varying weather conditions are of significantly higher stakes for fishers, as navigating the ocean during even remotely poor weather conditions can easily spell disaster. According to the Bureau of Labour Statistics, fishers are at risk of including themselves within a stunning fatality rate of 75 deaths per 100,000 workers. With the odds almost completely stacked against them everyday they step into their line of work, these men and women truly encapsulate what it means to have a dangerous job. 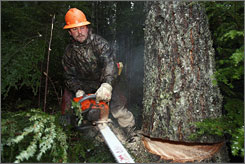 Well, trees are heavy. Really heavy. The logger occupation seems to have taken all of the most dangerous aspects from each previous entry on this list, and thrown it into a single, alarmingly hazardous line of work. Loggers operate heavy machinery, they sometimes work high off the ground, they subject themselves to the mercy of varying weather conditions, and they work long tiring hours, and they cut down massive trees hoping they fall in the right direction. Frankly, going to work every day as a logger seems to particularly be a game of odds. With a dramatically high fatality rate of 127.8 deaths per 100,000 workers according to the Bureau of Labour Statistics, loggers easily take the top spot of most dangerous jobs to have in 2017.

Sometimes, getting up on Monday morning to make your way to a 9 to 5 office job can seem dreadful, and tediously repetitive. Maybe, this is deservedly so. However, for the thousands of people who work as any of the positions listed, getting up to go to work means much more than potentially facing a day of monotony. For them, they face the need to make a living even if it means risking death. Let us know if there are any other jobs you think deserve an honorable mention on the 2018 list. Leave us a comment below!