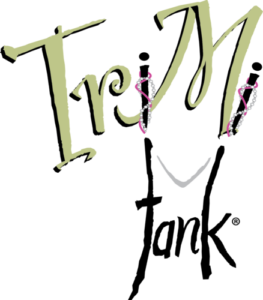 Lindsay Johnson and Nikki Bilsky are two hockey moms from Pittsburgh who never would have thought that they would eventually become entrepreneurs. It all started out as a joke between the two moms while they attended early morning hockey practices, freezing in the bleachers together. What they ended up coming up with was a unique idea for a line of tank tops that have interchangable straps. These straps would all have different custom designs that would allow the wearer to change their look without having to buy a bunch of different tank tops.

Johnson and Bilsky didn’t expect much to become of their TriMi Tank business, because they had only started it up as a way to pass the time. However, their husbands kept badgering to take the next step towards actual success. Eventually the two moms applied to appear on Shark Tank but were ultimately rejected. This wasn’t any skin off their noses, but they were definitely surprised when they later received a call from ABC. Apparently someone had changed their mind and decided that TriMi Tank deserved a shot in the Shark Tank.

Johnson and Bilsky enter the Shark Tank seeking a $57k investment in exchange for 30% of the TriMi Tank business. Then they begin to explain that, as of right now, they are the only tank top on the market that have interchangable straps. Each TriMi Tank comes with 3 sets of straps that the customer is free to choose from. It is relatively easy to take the straps on and off, making it completely hassle free to mix, match, and change your TriMi Tank straps.

All of the tank tops and straps that they currently have are handmade and they have a wide array of strap options. There are ribbon, jewelry, and flowery straps available. What they plan on eventually being able to do is expand these straps from tank tops to dresses as well. This way women would have more options and opportunity to accessorize.

While Daymond John is examining the quality of the tank tops themselves, Lori Greiner inquires on the amount of sales that TriMi Tank has been receiving. As of right now, they have only been able to sell 100 TriMi Tanks and they sell at $35 each. This means they have only made $3.5k in sales, which isn’t exactly the kind of number that the Sharks want to be hearing. Johnson and Bilsky tell the Sharks that they “don’t need to think about what we’ve done, you need to think about what we could go”. All of the Sharks applaud their optimism, but Greiner provides them all with a quick reality check.

Greiner asks them if they have shown these tank tops around and wants to know what kind of reaction women had to them. TriMi Tank has been taken to various craft shows and small flea markets and the women who saw the tanks absolutely loved the idea of it. However, when asked if anyone actually bought them, Johnson and Bilsky start to rattle off a handful of excuses. They claim that the women who wanted to buy them couldn’t because they either didn’t have any money or weren’t currently shopping for clothing. Greiner starts to lose her interest in the product after being told this because if the market isn’t buying, then there is no point in investing.

Mark Cuban is the next Shark to make his decision and he starts off by saying he can admire the fact that they are two women from Pittsburgh who are trying to start their own business. He loves their passion and even their vision, but unfortunately the clothing industry isn’t a place where he has much experience so he can’t offer them any help. Then John says he also can’t give them an investment because TriMi Tank is too new a business for him. They would need more sales and advertising because he doesn’t have the time or money to really get their brand out there on the market.

That leaves Kevin O’Leary and Robert Herjavec in the tank. Johnson and Bilsky are desperate for at least one of them to put an offer on the table, but Herjavec calls TriMi Tank a “hobby”. He says they lack the experience and proper numbers to be looking for an investor just yet. Finally, they turn to Mr. Wonderful, hoping that he might see some potential in the business. What he jokingly offers them is the opportunity to go out to dinner with him so they can pick out a $3.5k bottle of wine, the same amount of sales they have made thus far, and then burn the rest of their TriMi Tank inventory because starting the business was a mistake. Both Johnson and Bilsky are unwilling to give up on their business because they feel like it has the potential to be great. So, regardless of walking away from the Shark Tank empty handed, they both have their heads held high.

TriMi Now in 2018- The After Shark Tank Update

Immediately after appearing on Shark Tank, Nikki and Lindsay were flooded with orders from people who watched their pitch on the show. They put as much time and money as they could into producing more inventory so they could gain as many sales as possible, and then reinvested all of that money back into TriMi Tank so they could continue to help the business grow.

TriMi Tank later partnered up with Onesole Shoes, which is run by Dominique Barteet who appeared on season 2 of Shark Tank. The girls did some working together in order to help both businesses to succeed. TriMi Tank iwas working towards finding other investors and expanding their clothing line by introducing a line of straps that were attachable to leotards for dancers, but the business has gone a little quiet. Their Twitter account hasn’t been updated since May of 2013 and though their website is still up (http://www.trimitank.com/) it doesn’t appear as if it has been actively maintained.

So, despite leaving the Shark Tank with nothing, Nikki and Lindsay did receive quite a bit of success for a while after appearing on the show. We can’t be sure why the TriMi Tank business has recently fallen quiet, but maybe in future months they will work towards reviving the brand.