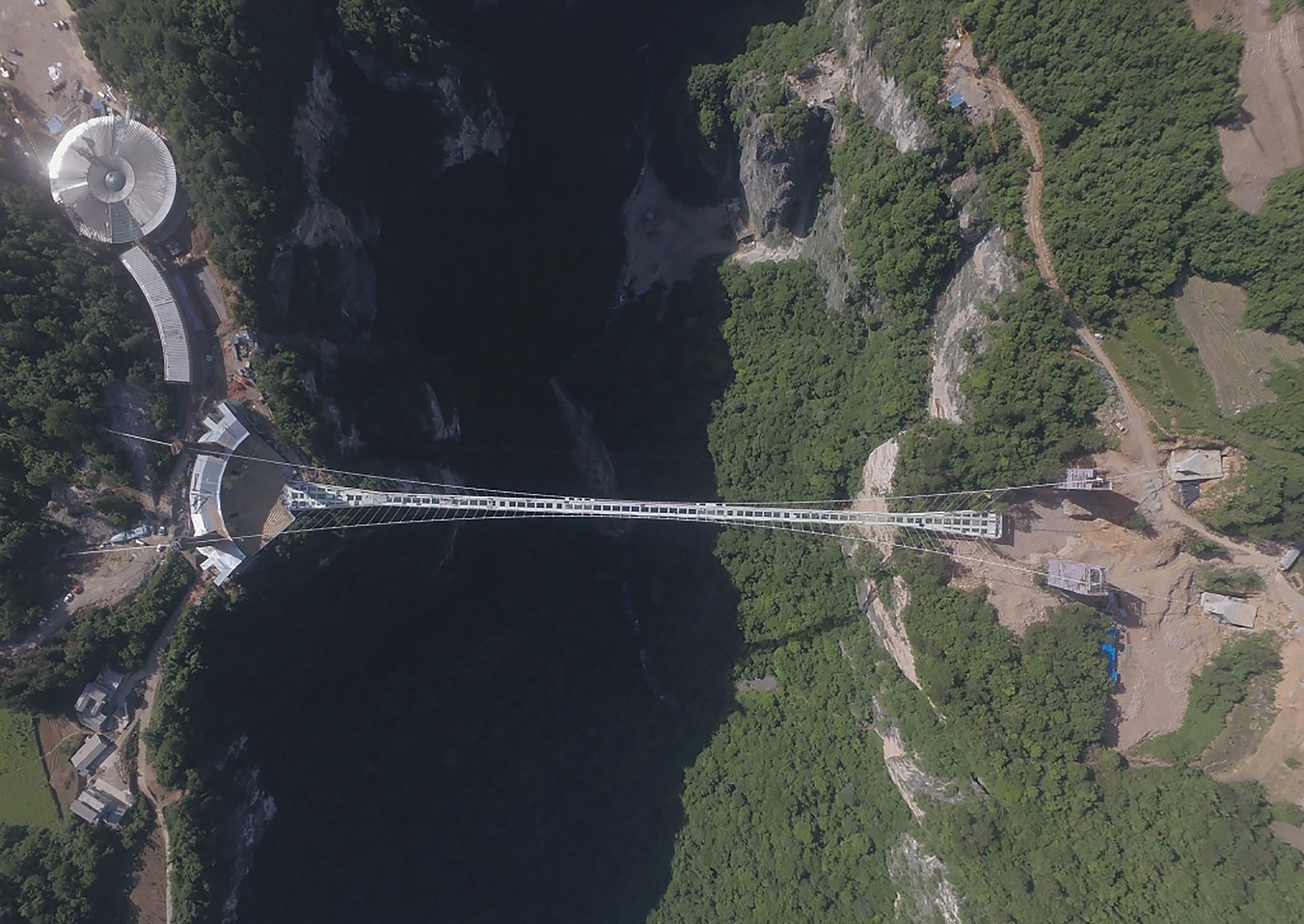 The world’s highest and longest bridge, located in China, is now open to visitors. The bridge, which connects two mountains, is in the Zhangjiajie, Hunan province. Construction was completed weeks ago and the bridge was recently in the news because some visitors were given the chance to test the strength of the bridge.

The bridge had already set a number of records before it was opened. It is the world’s highest and longest. The bridge has 99 panels of transparent glass, which have three layers each. This one isn’t the first glass bridge in China but it is one of the most impressive and scariest for some visitors. The floor is mostly glass but not just any type of glass. A few weeks ago, visitors were given the chance to test the strength of the glass with a sledgehammer.

Glass bridges have become a popular attraction in China, where a few have already been built. The bridges are not just for walking and watching the view, they are also being used for yoga sessions and many other events.

Since plans for the bridge were first announced, many have questioned just how safe it will be to walk on glass. But officials have proven that safety was the first thing they focused on during construction. The glass was tested by visitors with sledgehammers. It cracked but no one actually broke the glass. Then an SUV, with passengers, was driven over the glass panels to prove the strength of the glass once again.

The glass bridge was completed a few months ago but only a few people had been allowed to walk on the bridge since it had not been officially opened. The cost of the bridge was $3.4 million, according to the state news agency Xinhua.

The bridge, located at the Grand Canyon of Zhangjiajie National Forest Park, opened this weekend and park officials will allow 8,000 people to visit the bridge each day. According to a YouTube video of the bridge, it holds ten world records. The bridge, designed by an Israeli company, will soon have giant swings to entertain visitors and the world’s highest bungee jump.

On Saturday, hundreds of visitors got to walk on the glass bridge and many were terrified to look down while walking on the transparent glass. Others took selfies and sat on the glass panels.

Do you plan on visiting this bridge? Have you visited other glass bridges? Let us know in the comments.