The Best Canadian Rappers of All Time – Top 10 List 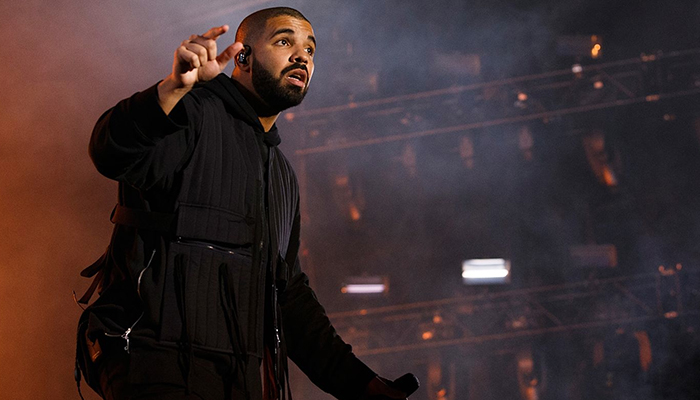 Canada is well known for a lot of things including yummy items such as maple syrup, poutine and salmon. However it seems that whenever we shift gears to talk about Canadian music artists, many appear to draw a blankーI mean, when was the last time you tried to name a list of singers from the great nation up north? Personally as a Canadian, even I would only be able to name a handful of the top of my head. Okay, so about hip hop rap music. When you think hip hop, what comes to your mind? Drake? Eminem? Well yes, but don’t forget about the great rapping talents over in Canadaーwe have our share of great rappers here too!

Are you wondering about who they are? No worries, we’ve got you covered. We’ve compiled a list of 10 of the greatest Canadian rappers of all time right here for you, so hang tight and scroll down to read more about these hip hop artists. 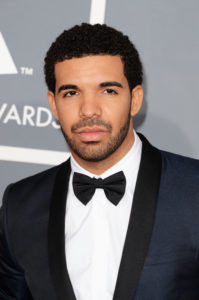 If it’s one name you’ll probably recognize from this list, it’s probably DrakeーI mean, who hasn’t heard of Drake? Hailing from Toronto, Ontario, this Canadian rapper is most likely one of the more popular artists in the current hip hop world. Throughout his musical career, this Grammy Award winner has recorded and released numerous recordsーthe latest being “Views” in May 2016, which sold over 852,000 copies during it’s first week. Drake’s first studio hip hop album was released back in 2010; titled “Thank Me Later”, it had debuted at number one on the US Billboard 200 Chart and was later certified platinum by the RIAA for selling over 447,000 copies during its debut week.

Besides being having won a Grammy Award back in 2011 for his album “Take Care”, he has also received three Juno Awards and six Bet Awards. There’s definitely no reason to doubt his talent in the hip hop industry! 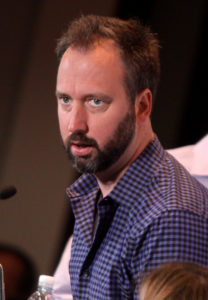 This Pembroke born rapper is not only a musician, but also an actor and television director. He first started to rap back in the early 1990s as part of a group called “Organized Rhyme”ーin fact, they were the first Canadian rap groups to have been able to sign a record deal with a major recording label at the time! (A&M) After success with the band, Green eventually chose to take a hiatus from the hip hop industry to focus more on his television career. He later returned to the rapping scene in 2005ーhe started a group called “The Keepin’ It Real Crew” and together along with his crew, they performed and held a live Canadian Tour in June 2005 and January 2006. Green then released his second solo album “Prepare For Impact” in December 2005.

Besides his work as a rapper, Green is also well known for being the host of The New Tom Green Show which aired in 2003. He is also an active stand-up comedian. 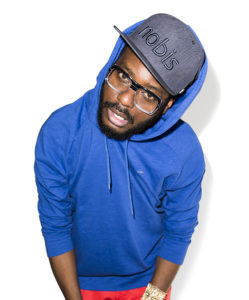 Kevin Brereton, better known as his stage name “K-os” is a popular Canadian rapper from Toronto, Canada. Besides rapping itself, K-os is also well known for being a producer who writes and produces his own records. As a rapper, he is also unique in the way that he typically performs with a live bandーsomething that is a little rarer in the hip hop industry. Since first releasing his album back in the early ’90s, K-os has gone onto  release four more albums. His second alternative hip hop album titled “Joyful Rebellion” (released in 2004), had debuted on the number 7 spot on the Canadian Albums Chart and had sold over 100,000 copiesーit was later certified platinum in Canada. A few years later in April2 009, K-os held the “Karma Tour” across Canada; no advance tickets were available for this event as fans were simply asked to provide a donation as they exited the venue after the show. 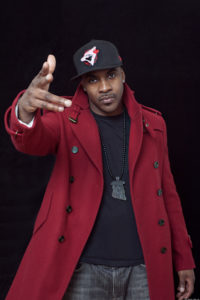 Often referred to as the “Godfather of Canadian Hip Hop”, Maestro has achieved much success as a rapper since first entering the industry back in the 80’s. In 1989, the Canadian rapper became the first to have a hit on the Canada Top 40 List with his debut single, “Let Your Backbone Slide”; it later sold over 50,000 copies throughout Canadaーmaking him the first to have received gold status for a single. As of the late 2000’s, the single remained to be one of the best Canadian hip hop singles of all time. The rapper later continued to release several other singles and records over the years after having stopped briefly in the late 90’s; his latest releases include an EP titled “Black Tuxedo” in 2012 and an album titled “Orchestrated Noise” in 2013ーwhich featured other rappers and musicians in the songs. 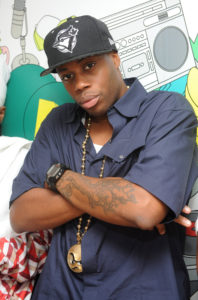 Often referred to as the country’s “Hip Hop Ambassador”, Kardinal Offishall has been regarded by many to be one of Canada’s best rappers and hip hop producers. Known for his unique reggae and dance-hall style of hip hop, the rapper first stepped foot into the scene in the mid 90’s as part of as group called “The Circle”. He has since released various albums and singles over the years. In 2007, Kardinal released his fourth studio album titled “Not 4 Sale” under Akon’s Kon Live Distribution; it was a critical success, having ranked in the top 5 on the Billboard Hot 100 Chartーit was later certified triple platinum in Canada. Throughout his musical career, he has garnered numerous awards, including 4 Juno Awards, 3 SOCAN Awards, 2 MuchMusic Video Awards, and a Canadian Urban Music Award! More recently in 2013, the rapper has also become the Creative Executive Director of the A&R team under Universal Music Canada. 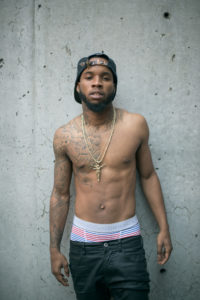 Better known by his stage name “Tory Lanez”, this Brampton born rapper garnered major recognition in the music industry for the release of his mix tapes, “Conflicts of My Soul: The 416 Story” in 2013 and “Lost Cause” in 2014. Tory Lanez later released a single titled “Say It” in 2015, which peaked at number 23 on the Billboard Hot 100 Chart; its music video on Youtube has also since gotten over 80 million views online! He has also performed the song on a recent episode of Jimmy Kimmel Live! earlier this year. In April 2016, Tory Lanez had announced that he will be taking part in “The Level Up Tour” alongside singer ASAP Ferg; the two later hit the road the following months and altogether had toured and performed at over 20 cities! The rapper is now currently working on his new 2016 album, “I Told You” which is scheduled to be released later this year. 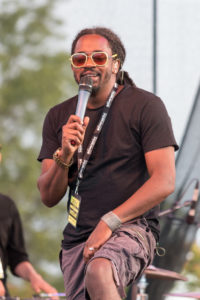 Born in Ottawa, Ontario, Saukrates (real name: Karl Amani Wailoo), is the lead singer of the hip-hop group Big Black Lincoln. Besides being a Canadian rapper, he is also a record producer. He first debuted in the music industry in 1994 with his track “Still Caught Up”, for which he had later won a Juno Award nomination for. He later also received a second Juno Award nomination for his 2000 single, “Money or Love”. In April 2012, Saukrates released his second studio album titled “Season One”, the album featured various other rappers such as K-os, Redman and Nickelus F and was met with generally positive ratings. He is currently the cofounder of Capitol Hill Musicーan independent Canadian recording label which focuses on R&B and hip hop music. Saukrates has produced records for both R&B singer Andreena Mill, and his group Big Black Lincoln under the label during the 2000s. 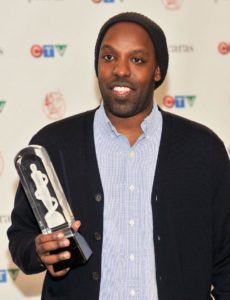 Born in Kenya and raised in London, Ontario, he first debuted into the hip hop world in the early 2000’s with a self-made album. Shad first received recognition for his work in 2005 for his debut album titled “When This Is Over”ーwhich had been funded by the $17,500 prize money which he had won from the 91.5 The Beat’s Rhythm of the Future Talent competition. The album was met with positive reviews upon its release. Shad later signed with Black Box Recordings in 2007 for a three year contract; he later released his second studio album, “The Old Prince” in 2008. The record was a commercial hit, and had earned the rapper numerous award nominations including ones for a Juno Award, the 2008 Polaris Music Prize and two MuchMusic Video Awards. In 2011, Shad also received a Juno Award for Rap Recording of the Year for his third album titled, “TSOL”. In addition to being a well recognized Canadian rapper, Shad is also a broadcaster; in March 2015, the Canadian rapper was announced as the new host on the CBC Radio One Program. 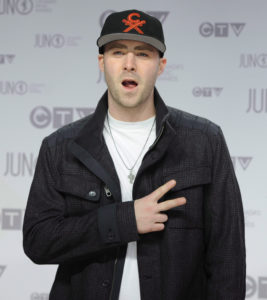 Luke Boyd, better known as his stage name “Classified”, is a Canadian rapper and music producer from Enfield, Nova Scotia. Classified released his first album at the age of 18, under a production label called Half Life Records, which he had originally founded shortly after high school. After years of hard work, the rapper finally found success with his 2005 album “Boy-Cott-In the Industry”; it later reached number 46 on Soundscan’s Canadian R&B/Hip-Hop albums chart. In 2008, the rapper signed his first contract with a major record label, Sony Music; he later released an album titled “Self Explanatory” the following year which ranked number 25 on the Canadian Albums Chart.

Throughout his 17 year career in the hip hop music industry, Classified has released a total of 16 albumsーwhat a feat! In January of this year, the rapper released his fourth major studio album titled “Greatful”; it was met with positive reception and had peaked at the number 65 spot on the Canada Hot 100 Chart after debuting at number 6 on the Canadian Albums Chart. Now that it’s summer, Classified has also been busy getting ready for his tour; he will be performing coast to coast across Canada alongside fellow rapper, Sonreal. For his contributions to hip hop music, Classified has won numerous awards including 5 MuchMusic Awards and one Juno Award. He has also received countless award nominations over the years. 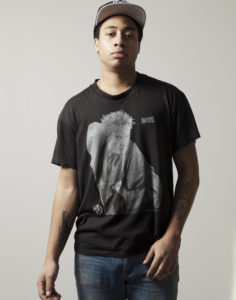 Cadence Weapon (real name: Roland Pemberton) is a well known Canadian hip hop artist from Edmonton, Alberta. The artist first debuted into the industry with his album “Breaking Kayfabe” in 2005; it was generally met with positive ratings from critics upon its release and was also shortlisted for the 2006 Polaris Music Prize award. A few years later, the rapper signed with the American red label ANTI- and released two subsequent albums, “Afterparty Babies” in 2008 and “Hope in Dirty City” in 2012; the latter was later nominated for the 2012 Polaris Music Prize Award. Besides the nomination, “Hope in Dirty City” has also been highly praised by the National Post’s Jess Kinos Goodin and Noah Love for its creativity. A year before in 2011, the rapper also participated in the National Parks Project to produce a short movie about the Waterton Lakes National Park in Alberta.

And there you have it! 10 of some of the greatest Canadian rappers of all time! Who’s your favourite? Feel free to let us know in the comments below!