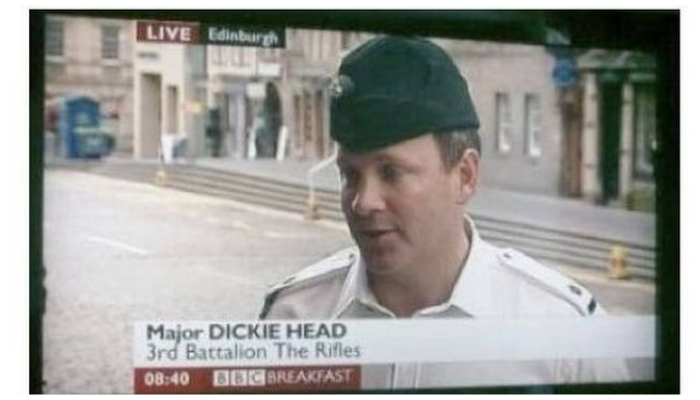 Some people are just unlucky when it comes to their names. Whether their parents knew what they were doing or not, these people have a hilarious combination of first and last names. Without further ado, let’s get into some hilarious names and the story behind how these people gained public attention. 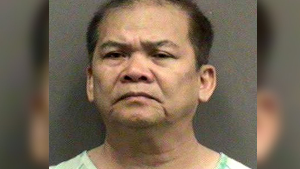 In 2014, various media outlets reported that a man named Phuc Kieu was arrested over a sexual assault, kidnapping and a robbery. Phuc X. Kieu, a Florida resident, was watching gay pornography in his car when he noticed a man walking by. The man withdrew $220 from a nearby ATM and proceeded to walk away when Mr. Kieu assaulted him. The 58-year old Kieu stole the man’s backpack and the money he withdrew as well as apparently attempted to rape him in his Honda Civic. The man fortunately managed to escape and notify the authorities. 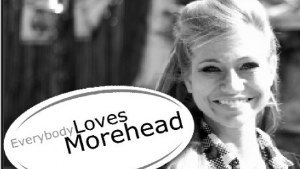 While her name sounds pretty usual on its own, Brandi Morehead gets a whole another meaning when you learn what is her occupation – sex columnist. Her column is named “Everybody Loves Morehead“. Whether that was intentional or not is up to you, but we’re sure that the name got her some additional audience, so it may have been a brilliant marketing move on her end. 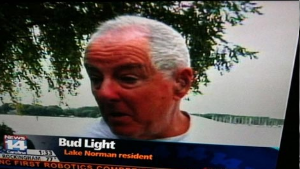 In 2010, two boys drowned in Lake Norman, North Carolina. Their bodies were found shortly after and the whole story hit the news. The thing that most people probably remember from the whole ordeal is the name of one of the residents of a settlement near the lake. An older man appeared in front of the cameras and talked briefly about the accident, but what stood out the most was his name – Bud Light. Seeing that the beer only appeared in 1981, it’s safe to say that Mr. Light was the first to have the name. 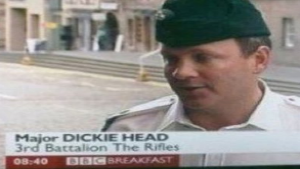 Another name that doesn’t mean much on its own, but once you realize what’s the most common nickname for Richard, it gets a completely new meaning. Another thing that adds to the hilarity is that a man named Richard Head was a commander of an army battalion, thus making his title a Major. When he appeared in the news, he was captioned as “Major Dickie Head”, and thanks to that he’s featured on this list, as immature as it may be. Hey, we weren’t the ones to caption it! 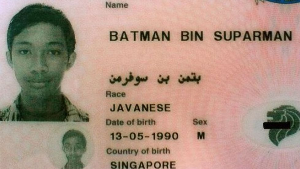 In 2013, a 23-year-old male was arrested in Singapore because of theft and drug charges. What made the whole story popular was his eye-catching name, Batman bin Suparman. Batman was sentenced to 33 months in prison after he attempted to steal money from a local shop. While Suparman is not uncommon as a surname in Indonesia, the name Batman is. Linguistic experts believe that the name was chosen by Batman’s parents as a joke. 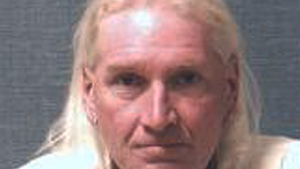 In 2010, a man was arrested for driving under alcoholic influence, and the story was made popular once his name was televised. Donald Duck, 51-year-old at the time, rammed a van that was in front of him at a drive-thru. When the police got to the scene, they noticed that the man reeked of alcohol and was showing all the symptoms of being drunk. That wasn’t the first time that Mr. Duck was arrested for DUI either, but the news header was what made his case memorable this time around (“Donald Duck Arrested for Driving Drunk“). 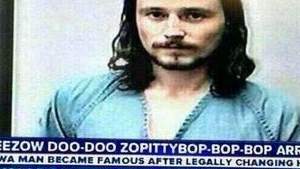 Jeffrey Drew Wilschke wasn’t happy with his name, and wanted something ‘more fitting’ for himself, so he decided to change his legal name. And what a change it was. Mr. Wilschke changed his name to Beezow Doo-Doo Zopittybop-Bop-Bop, a name that he is still using. Mr. Zoppitybop-Bop-Bop gained public attention after he was recently arrested for the third time in his life. In February this year, he was arrested for attacking two police officers. Beezow is a diagnosed schizophrenic who refuses to take anti-psychotic drugs because he believes he suffers from other diseases, not schizophrenia. 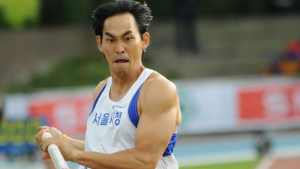 Kim Yoo Suk is a South Korean pole vaulter, who is probably best known for his name. While it’s not uncommon in South Korea, in English the name is often seen as “Kim, you suck”, which is unfortunate in any profession, but in athleticism especially. Mr. Yoo Suk’s personal best jump is 18.56 feet. He set the record in 2005 in Livermore. 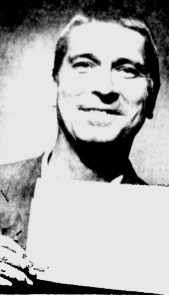 If you think that the above name is hard to pronounce, we are delighted to tell you that it’s actually an acronym. His full name has a surname with 666 letters, and he has 25 first names, sorted alphabetically by their first letter. Here is the full name in its entirety: 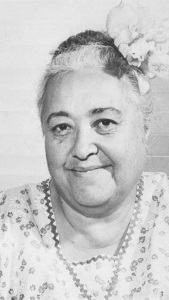 Unlike most people from the list, Mary isn’t only known for her name. She was a Hawaiian composer, educator, scholar and a dancer, named the “Living Treasure of Hawaii” thanks to her influence and importance to the country.