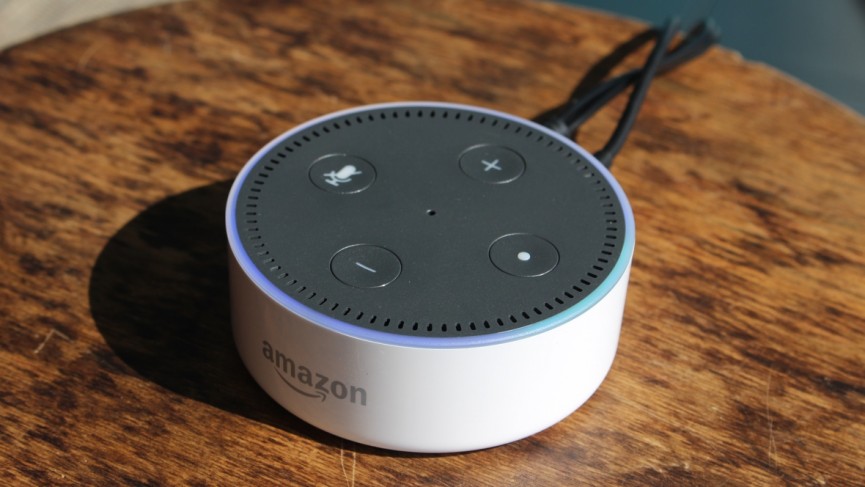 Amazon has recently unveiled the latest addition to their Amazon smart speaker family: the new and improved Echo Dot. The release of this product marks the first time that we’ve ever seen Amazon upgrade one of their Echo products. (Earlier this year, we saw new additions to the product line with the Echo Dot, but this is the first direct upgrade.) Amazon integrated some major improvements upon the original Echo Dot with this new generation, but are the improvements really worth trashing your home audio system for? The retail giant has already turned some heads by selling this new product in sets of six and twelve, as if they genuinely intend to compete with other home audio set-ups. Is this the right way to go, though?

In this article, I’ll talk a little bit about the new Echo Dot based on details and product specifications that have been released by Amazon and hands on experience with the product line. If you’re looking at this review to decide whether or not you’re going to purchase this new product, I’ll try my best to break the product down for both new and experienced users of Amazon’s growing product line. Without further ado, let’s take a closer look at this powerful little speaker. 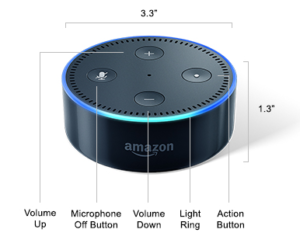 When we look at the Echo Dot’s technical specifications, there don’t seem to be any drastic changes from what we are familiar with from Amazon. This device looks similar to the first generation Echo Dot, as well as the original Amazon Echo. Amazon has chosen to stick with their “hockey puck” design scheme, although it’s worth noting that they’re also going to be selling this new Echo Dot in white. Aside from that slight aesthetic change, this isn’t too jarringly different from what Amazon already offers. The second generation of the Echo Dot will feature the same 7 microphone array that most Amazon smart speakers are equipped with, and it will still be fully compatible with Alexa. (If you’re unfamiliar, Alexa is basically Amazon’s answer to services like Apple’s Siri. It has been praised as being more comprehensive, versatile, and accurate than Siri, however.)

I feel like it’s really important to note the prime difference between the standard Echo and all Echo Dot iterations. The second generation Echo Dot, like the previous Echo Dot, isn’t a pure “smart speaker”, so to speak. As you may have noticed in the technical specs that I noted before, the puck doesn’t boast any major speaker. The only speaker directly integrated into the device is meant for voice feedback only, which basically means any form of communication that you may have with Alexa. If you’re looking to stream music, as most people would, you would need to connect the Echo Dot to an external speaker via its 3.5 mm audio jack.

How is the new Echo Dot any different? 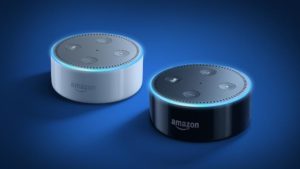 So, I’ve already covered how the second generation Echo Dot is similar to its previous iteration. Are there enough differences between the two devices to warrant an upgrade? Well, I think it depends on your situation. To begin with, the new Echo Dot is much more inexpensive than its predecessor. The original Echo Dot debuted at $79.99, whereas this latest version is only going to cost $49.99. This is a great move by Amazon, since this tiny price point should do well in swaying anyone who’s hesitant to buy into the smart speaker hype to begin with. Not only that, but the new Echo Dot is smaller and more convenient in form factor. This device is around two inches shorter and 100 grams lighter than the original. What did they sacrifice to make up for this size? One of the most noticeable cosmetic differences between generations is the exclusion of the volume adjustment “wheel” that sat on top of the Echo Dot itself. Basically, you could turn the top of the device either way to adjust volume. This new product uses more traditional buttons in place of that slider.

Aside from that, there are a few little cosmetic differences between the two products. Based on the images that have been provided, it looks like the new Echo Dot has a glossier finish than the original, which had a matte finish. The microphone holes on the top of the device seem to have been made larger and wider than they were before. One of the largest draws to this product is that it will come included with Alexa’s ESP update. ESP stands for Echo Spatial Perception, and it’s meant to make it to where multiple Echo Dots can be used in the same area, but only one Echo Dot will respond to an inquiry or command. Basically, allowing for a larger home audio set-up comprised entirely of Echo Dots to exist. (Keep in mind that this software upgrade will be pushed to all Echo devices upon its release. It’s just that the second generation Echo Dot’s October release will roughly coincide with this update.) 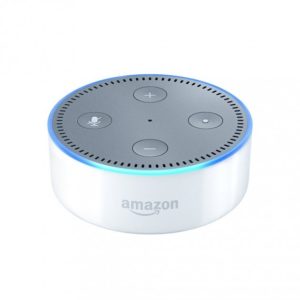 If you don’t already own an Amazon smart speaker product, then I think that the second generation Echo Dot could be the perfect introduction to their product line. Although the Echo Dot with its lack of major speaker obviously makes for less of a convenient set-up than the original Echo, I think that the product’s price more than makes up for that.

The original Echo Dot was already a great deal at $79.99, and I think that this $49.99 price tag is even more reasonable. This generation’s form factor also makes it an ideal and economical choice for assembling a new home audio system, and I think that Alexa’s upcoming ESP update should make this an even more appealing avenue. If you already own some kind of Amazon speaker, however, I’m not sure that the differences in this product are great enough to be worth an “upgrade”. There are no major additions in terms of features, and although it’s definitely a huge improvement on the original, it’s nothing to lose sleep over.

We’ve done the hard work and tracked down the best prices for the Echo Dot. To take advantage of all the available discounts, bundle deals, and cyber monday coupons you can click here