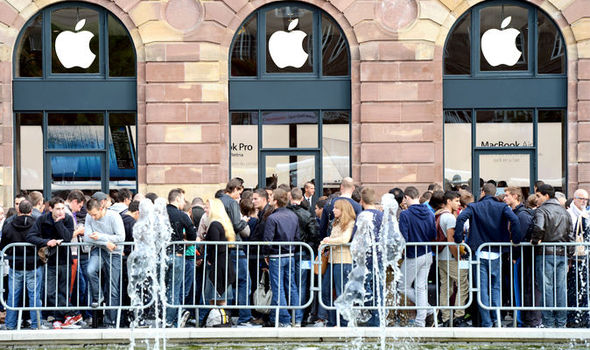 Initial quantities of the newly released iPhone 7 Plus have sold out globally as Apple makes it way to roll out its new devices in stores, the company said on Wednesday. Inventories of the larger iPhone have reportedly been exhausted in all shades, while the ‘jet black’ version of the smaller iPhone has been sold out.

This means that customers who want to purchase the said devices will not be able to get them in stores, though Apple has suggested that patrons can continue to order them online.

“We sincerely appreciate our customers’ patience as we work hard to get the new iPhone into the hands of everyone who wants one as quickly as possible,” Apple spokeswoman Trudy Muller said in a statement.

The Cupertino-based tech giant launched its new devices in San Francisco earlier this month, featuring under-the-hood improvements, a new camera, and, most notably, the elimination of the headphone jack to accommodate potential developments in wireless listening. The latter has sparked much discussion with some claiming it to be the next step in smartphone design, while others criticized it as impractical and unnecessary.

Moreover, the company has stated that it will not be releasing first-weekend sales of the iPhone 7 and 7 Plus as per tradition, clarifying that the figures are a mere reflection of supply rather than demand.

However, many investors have expressed concerns about Apple’s latest decisions, fearing that the sales volume of the iPhone, one of the company’s most vital products, could dwindle. Apple’s shares reportedly fell shortly after its keynote last week but have slowly picked up since.

Nevertheless, US carriers Sprint and T-Mobile have said on Tuesday they attained a robust number of pre-orders – a factor which helped in driving Apple shares up.

Since Apple started releasing the 5.5-inch model of its flagship in 2014 starting with the iPhone 6, the company has seen stocks of the larger phone depleted soon after launch. Newly launched iPhone are typically adopted quickly by customers intent on showcasing the latest design.