Barkem’s To Go Update – What Happened After Shark Tank 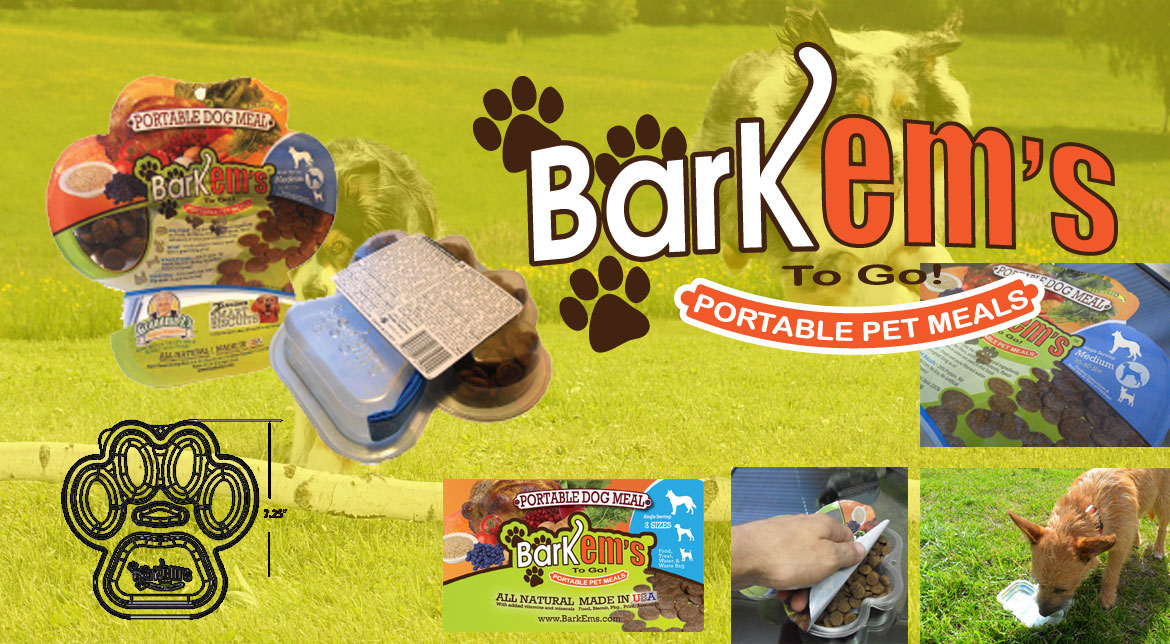 Barkem’s To Go Before Shark Tank

As a dog owner, Blake St. Clair wanted an easier way to take his dog out camping and traveling that did not involve taking a full diaper bag full of products with him. Instead of having to carry a bag of dog food, a water bottle, treats, and a waste bag. He developed Barkem’s To Go to make the traveling pet owner’s life easier. Let’s see if the Sharks will take a bite out of this idea.

Barkem’s To Go on Shark Tank 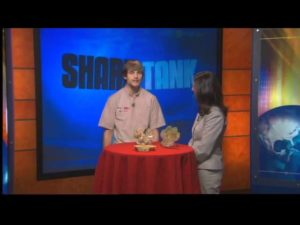 Blake St. Clair walked out into the shark tank with his yellow lab in tow. He said that he was the creator of the First full serving meal for dogs. He wanted $100,000 in exchange for a 51% stake in his company. Mark look disgusted, and for good reason. This did not leave Blake with much room to negotiate. Lakeside that most Americans love their animals, and travel with them everywhere. However, there is not an easy way to feed animals on the go. Robert looks distracted from the presentation, as he stared at the dog. Blake wanted to know why they would travel with Bulls, bags, water, as well as dry food. Blake said that he had the perfect solution within his product, Barkem’s To Go. Blake was confident that it was the first-ever prepackaged meal designed for dogs. Each unit has different sections, which contained different amounts of food, as well as Vitamin enhanced water, and a treat for later. Kevin looked confused.

Daymond shut his eyes and looked completely done with the presentation. Blake continued, however, saying that the traveling pet owner would like to have this convenience. He stated that there is a market for Barkem’s To Go, and it’s just waiting to be on every shelf in the supermarket. As he spoke, his yellow lab ate from the container. Barbara commented that it looked messy. Robert said that a large dog, like the yellow lab, would make a mess out of a container such as that one. Blake said that’s why he marketed different sizes for different dogs. Barbara asked him if it was the small medium or large dog that they were watching now, and Blake touched his dog on the back and said he was a large one. The Sharks burst out laughing. Barbara stated that he didn’t understand what she was asking. Mark asked if that was the packaging for a larger dog.

Robert wants to know if he could see the dog. And Daymond to ask what the dog’s name was. Blake told them both that the name was rummy. Has Robert called the dog over to him, Barbara asked again if that size was for the large dog? Link explained that it was actually for the medium dog. The larger one would have a larger package. Robert invited Barbara to pet large dog. As Daymond left. Mark asked Blake if it was Lunchables for a pet. Blake confirmed that it was. Mark asked if it could apply to other pets as well. Kevin wants to know why he wouldn’t just take a baggie with dried food in it and take it with him. He wanted to know what the difference was, and what value he was bringing to the packaging. Blake said that you could easily do that. Kevin asked him what value he was bringing, and how he was solving a problem at all. Kevin stated that the product probably has no Market whatsoever.

Blake said that the value was that you didn’t have to travel with all of the extra stuff. Kevin stated that he could just come by and two different flavors of the dog food in the bag and let the dog eat out of the bag. Blake let him know that his product was not for everyday use, but rather for a weekend or a vacation. He brought up camping. Kevin was questioning the viability of the entire idea and said that there is zero value to it. Robert stated that he had a dog and that it wasn’t a bad idea. Daymond to ask if the idea was patented. Blake said it was, and he also trademarked the name. Robert wanted to confirm that he had a patent on it, and Barbara piped in saying that it was pending.

Robert stated that he liked the idea because traveling with a pet was a pain in the butt. He stated that he also like the idea for a large food company, which could use the packaging as another way to package their products. He asked if Blake had made any of the sales calls on that. Blake told him that he tried to contact a few pet food vendors, but hadn’t gotten anywhere with his research. Kevin said that was because it was a worthless idea. Mark told Blake that he could just kick Kevin in the head. Blake said that he presented bar comes to hundreds of people, and not anyone has stated that it was a word that I worthless idea. Robert told me the dog to kill Kevin.

Kevin said that now he knew the truth. Blake told Kevin that many people had said that they would buy it themselves. Daymond wanted to know if anyone had bought it yet. Make informed him that it was a prototype, so he was in the pre-revenue stages of his business. Blake said that it had never been for sale, and it hasn’t been marketed yet. Barber want to know what the stores would sell the unit for, and Blake told her that it would sell for between $2.50 to $3 a package. Barbara followed up, ask him how much it cost him to make it. Blake told her it cost $0.64 to make the box for Barkem’s To Go. Daymond to ask if that was including the food, but Blake said that the food would have to be licensed through a food company as the ultimate design.

Kevin said that the idea had absolutely no merit and not to quit his day job. He went out. Blake thank him. Kevin asked what he was thinking him for, and Barbara told him that Blake was well-mannered.  Mark said it was evident the Blake was early in the company, and there’s a lot of work to be done. He stated that he didn’t think he could help Blake, and went out. Daymond wants to know what the patent was for. Blake told him that the patent was on the design of the product, and the Utility Patent would follow. He said that he had to have the financing to do that. He stated that once the product was fully protected, then he could extend it to other animals. Daymond asked if he thought that he could get a Utility Patent just by putting dog food in a container like that. Blake told him that the utility patents would be able to be obtained. Blake said that that was the truth, but Kevin said that he didn’t think that was possible. I told Blake that it was too soon for him, but he liked the idea, and his dog’s name was Blake. He went out.

Barbara told Blake that she didn’t think that there is an issue with putting dried food and a bag. She’s done it with her dog for the day, and then she uses the same bag to clean up after him. She told him that he was trying to solve a problem that did not exist, and she went out. Blake tries to say that $2.50, he didn’t see how it wouldn’t just be a convenience. Robert told Blake that he had animals, and thought it was a great idea. Robert said that it was way too early for him to invest. He told Blake that he needed to get the food license, and he could do that on his own. Robert said he loved the dog but was out for the business. Mark let him know that everyone was out, and it was time to leave the stage. Like ask for his dog back, but Robert said that he couldn’t have him because we love him. Blake grinned, and asked if he could have $100,000 and exchange for 51% of the dog. Daymond got mad and asked if he was selling the dog. But Robert told him that he was joking. Blake took the leash from Robert and left the stage.

In his exit interview, Blake said that he felt like he put too much time into the product for them to call it worthless and pointless. Blake said he didn’t feel that way. He stated that bar comes would be the next great pet innovation. Blake indicated that it would be on every sales shelf soon. 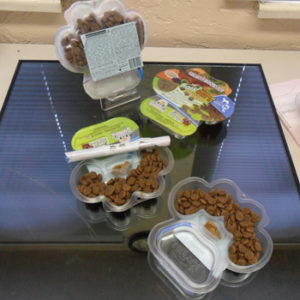 According to his website, Blake insists that the Shark’s harsh criticisms made him more focused on working harder. The website for Barkem’s To Go crashed once the Shark Tank episode aired. Perkins was featured in two newspapers from the Midwest, as well as iHeartRadio and my cool inventions radio. Blake worked hard to redesign the packaging for Barkem’s To Go, and teamed up with a “high end neutral” dog food company. He started an IndieGoGo campaign for Barkem’s To Go, but was only able to raise $49.