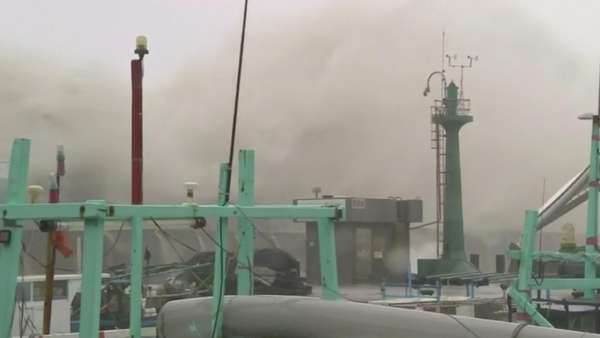 The super typhoon is believed to be the strongest of 2016 and as a category five, experts warned that many areas of the island would be affected. The category five storm reached the island with rain and strong winds. Taiwan’s Central Weather Bureau said the storm had winds of up to 141 mph as it passed the south of Taiwan. 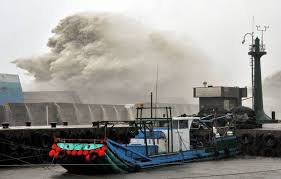 The category five storm caused damage in many areas and the latest reports say five people were injured during the storm. The super typhoon damaged road signs and took down trees. More than half a million homes lost power as the storm passed through the island.

A spokesman for the Central Emergency Operation Center said the damage from the super typhoon will continue to rise as the storm slams the island. A spokesman for Taiwan’s Central Weather Bureau said that this is the world’s strongest so far this year. The storm got stronger on Tuesday morning and is now close to China.

Hundreds of people were evacuated and schools were closed. Public transportation and airports were also closed in cities where the storm was expected to arrive.

Super typhoon Meranti is the strongest recorded since typhoon Haiyan, which struck parts of Southeast Asia, mostly the Philippines, in 2013. In July, Taiwan was also struck by super typhoon Nepartak, which is now the second strongest storm of 2016. Nepartak struck Taiwan and East China, leaving at least 83 people dead and hundreds more injured.

Typhoon Meranti, which lost some of its strength after reaching Taiwan, is now heading towards China. The storm is reportedly the 14th to hit the Chinese coast in 2016 but this one is the strongest since 2013. Hundreds of people were also evacuated in China and emergency teams prepared for the storm as it moved towards China’s Fujian Province.

Typhoon Meranti went from a category one storm to category five in just 36 hours. The storm caused a lot of damage and flooding in Taiwan but only five people were injured. The typhoon also hit the island of Itbayat, north of the Philippines. Satellite images showed the entire island in the eye of the storm, which is now weakening as it reaches China’s Fujian Province.