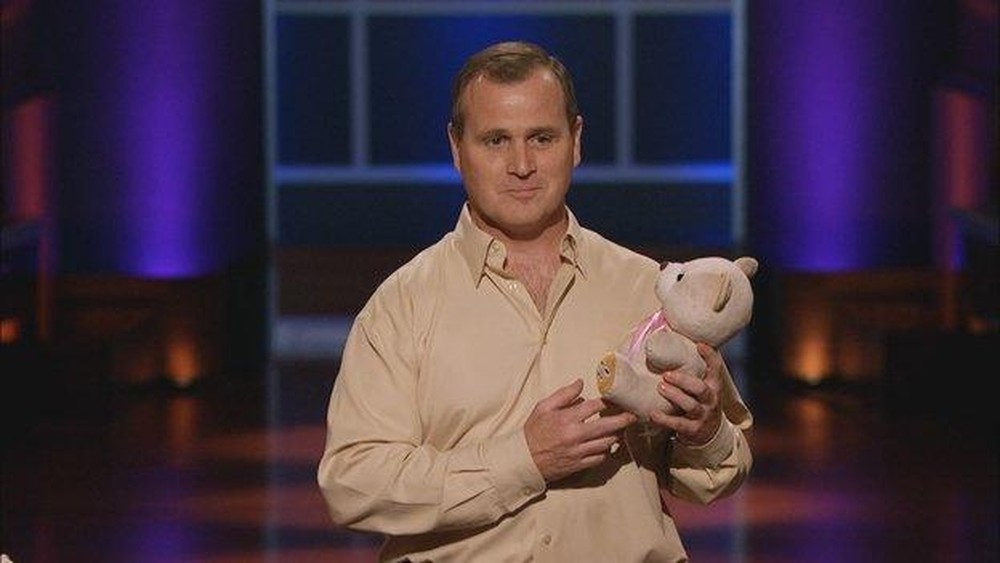 Mike Robinson got the idea for Cuddle Tunes, his smart teddy bear, when he had to travel a lot for business, leaving his children behind. He used it as a way to communicate with them and read them bedtime stories when he could not be there himself. Would the Sharks see the value in his innovative toy idea? Or would they tell him just to use Skype instead? Let’s take a look. 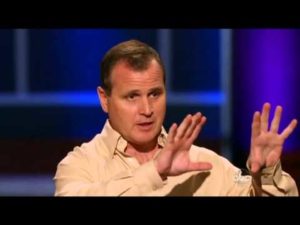 Mike Robinson walked out onto the stage and introduced himself as the CEO of Cuddle tunes. He told the Sharks that he was seeking $400,000 in exchange for a 20% stake in the company. Mike said that he has a deeply personal reason for starting Cuddle tunes. He’s been traveling for business for the last 20 years, while also trying to be attentive to his seven children. Mike told the Sharks that it ‘s hard to maintain relationships when he’s always away, especially with small children.

He told the Sharks that they already knew about the Internet, but he was going to introduce them to the World Wide hub. Mike held an adorable teddy bear in his hands as he spoke. He said that the bear could help families stay connected, and would change bedtime stories worldwide. Inside the bear, which Mike called Cuddle Tunes, is a web-connected audio player. The player allows you to upload content from anywhere, at any time. He said that the bear he was holding was his daughter’s. He pressed play, and you could hear his voice telling a story. Apparently, the bear can also pay music mp3s. Mike told the Sharks that the sound quality was excellent. He stated that it was very simple to operate. Cuddle tunes customers would use their website to record anything they’d like onto the teddy bear.

Mike said that he had a million invested in the development of the bear already. The service and the product were already fully developed; he just wanted help to scale the business up. Barbara wanted to get one thing straight. He actually spent a million dollars in development? Mike told her that he had, allowing for the three years of his time that he put into it. Barbara asked him exactly what that meant. He told her that said he was including the price of his time in that million dollars. Barbara wanted to know how much actual money he put in, and Mike stated about $500,000.

As Mike handed out samples, Robert asked him how he would go about hooking the bear up to the Internet. Mike told them that the back of the bear contained the MP3 player with the USB connection. It syncs to the Cuddletunes website much like an iPod would sync to Cuddle tunes. Mike said that the whole process is very simple, and did not involve installing any software. Barbara asked him what he values his time at, and Mike told her $300,000 a year, which is what he was making as a CEO of a company. Mark asked him what company he was CEO. Mike said it was a company that handled voiceover intellectual property in the United Kingdom. Mark asked what happened to the enterprise, and why he was no longer involved.

Mike said that the and the board of directors had different visions for the company after they launched their IPO. Daymond asked if Mike was fired, but Mike denied that he was. He said that they offered him a deal, but he’d already been looking into starting Cuddle tunes. Robert interrupted him, stating that his largest pet peeve was when people valued their time regarding money when first starting out. He said that it was an opportunity cost that the entrepreneur needs to absorb. Mike stated that he understood. He stated that he was not asking to be paid for that time.

Kevin stated that Cuddle Tunes was valued at $2 million, and wanted to know if Mike had the sales to support those numbers. Mike stated that he would like to come back to that, but Kevin did not look amused, Robert said all of the Sharks get uncomfortable when a person fails to answer the sales question. Mike stated that they launched the product with no marketing, and sold 9.5% of site viewers, or $90,000. Kevin wanted to know if the high conversion rate was consistent every month. Mike said that it depended on where the traffic came from. He did several deals with sites like LivingSocial and Groupon. Mark stated that those apps kill the total conversion percentage.

Mark indicated that it was the discount that was driving sales., and the apps were doing the actual promoting. Kevin wanted to know what he made per bear when the price was lowered using Groupon. Mike said it was a 20% margin when presented with the discount. Mark wanted to know what the actual retail price was, as well as the cost per unit to manufacture it. The retail price is $39.95 for the bear itself, and a $20 yearly subscription to the website to upload music and personalized messages.

The price was $29.99 through Groupon and Living Social for the package. Kevin said that the Groupon model was unsustainable since the margins were so small. Mike said he was not planning on keeping the design. Barbara stated that she came from a large family where the father traveled. He also recorded his voice for the children. Barbara said that she and all of her siblings felt sad when they listened to the recordings since her father wasn’t there. Because of those personal reasons, she went out.

Robert wanted a little clarity. He wanted to know why Cuddle Tunes were better than just recording his voice and sticking it in a stuffed animal. Mike said the advantage was multiple people could do recordings through the website on the same animal. He wouldn’t have to be physically present to record his voice. Mark said that he did not see anything unique in the product. Recording to the cloud was no different than anything else. He went out. Robert also went out, for the same reasons.

Daymond was up next. He said that he would sleep like a baby if he invested in Cuddletunnes – waking up every two hours to cry and ask his mommy for his money. He went out. Kevin was the only one left, and it did not look promising. Mike addressed Kevin, saying that the power of the product was in the versatility. Kevin just stated that he was missing something vital in his presentation. He did not know what the actual customer acquisition costs would be because he hadn’t done any of the real marketing. He said that there was no way that he would give him $400,000, and he went out.

Mike thanked all the Sharks and walked off stage. Mark said that he did not trust Mike at all. Daymond stated that Mike looked at them like a honeypot, and Barbara called him slick. Kevin declared that he thought the bear was foaming at the mouth, and he threw his sample towards the stage.

Cuddle Tunes Now in 2018 – The After Shark Tank Update 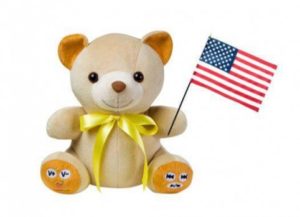 It seems like this business fizzled out since not getting a deal on Shark Tank. The Cuddle Tunes Facebook page has not been updated since 2014. The bears are no longer available on Amazon, where they got some one-star reviews. Even though the majority were positive, it brought down their rating to 4 stars.  The bears are also out of stock on their website.