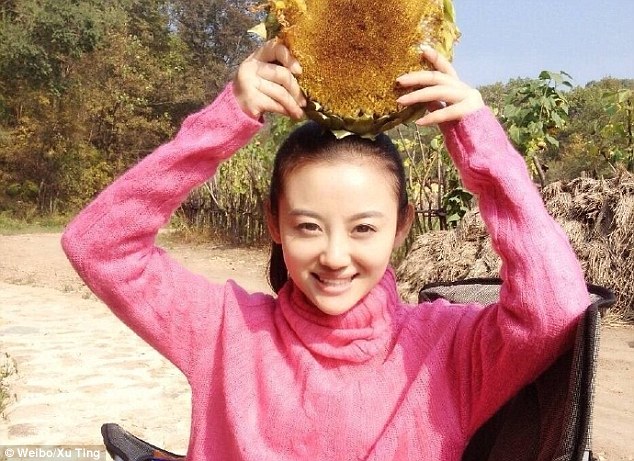 The death of young Chinese actress Xu Ting, 26, has ignited debates on social media regarding cancer treatment as she initially chose traditional Chinese medicine over chemotherapy. Earlier this year, the actress was diagnosed with lymphoma, a form of cancer that affects the immune system.

Saying she had seen friends undergo and suffer from the procedure of chemotherapy, Xu was reluctant to choose the option as she was also concerned about the cost.

“I don’t want to let chemotherapy torment me to the point where I look unrecognizable and have lost all my money, and myself”, she said on micro-blogging site Sina Weibo.

Rather, she opted for traditional Chinese medicine methods, including cupping, acupuncture, back stretching, and a procedure called ‘gua sha’ which involves scrapping skin to produce light bruising and, thus, blood flow. However, as her condition got worse, she eventually resorted to chemotherapy but died on September 7.

Xu first went public about her condition in July through an announcement using her official Weibo account where she has more than 300,000 fans. She documented her journey online and posted several photos of her undergoing traditional Chinese medicine procedures.

Her posts gained the attention of tens of thousands of social media users, many of whom urged her to opt for chemotherapy instead. One user commented: “Listen to me, Chinese medicine is absolutely useless to cure cancer. If you don’t want to listen to me at least listen to a doctor”.

“Please abandon the traditional treatments, it’s a fantasy. You need to rely on modern medicine to save yourself”, said another.

The actress, one of a family of seven children, said that she had spent her entire life working hard to provide for her family. In spite of paying for her parent’s debt and her brother’s tuition, she had been reluctant when it came to spending money on herself.

Her eventual death prompted an intense debate whether she would have survived had she taken chemotherapy earlier under the trending hash tag #XuTing’sDeathAndChineseMedicine on Sina Weibo.

Some users argued that traditional Chinese medicine should not be blamed for her death. Among them was a writer for the Beijing Evening News who wrote: “There are many cancer patients who pass away after receiving chemotherapy. Will these same people also say that Western medicine is a sham?”

“Chinese medicine is thousands of years old. Not everything Western doctors say is true”, said another.

On the other hand, others have argued that Xu should have taken chemotherapy and traditional Chinese medicine simultaneously, as the former would target the tumor while the latter could alleviate her symptoms.

One user said: “Both types of medicine have their own strengths and weakness. The point is you need to use them together”.

In China, it is often the case for patients to visit western doctors for severe illnesses like cancer while visiting traditional Chinese medicine practitioners for minor ailments and prevention. In recent years, scientists have been studying Chinese medicine to test their efficacy in combating sickness.

In spite of the different sides of the debate, Xu’s fans have collectively expressed sadness over her passing.

“I’m sad that this is how I came to know you”, one user wrote. “I hope there’s no pain in heaven, and wish you well”.