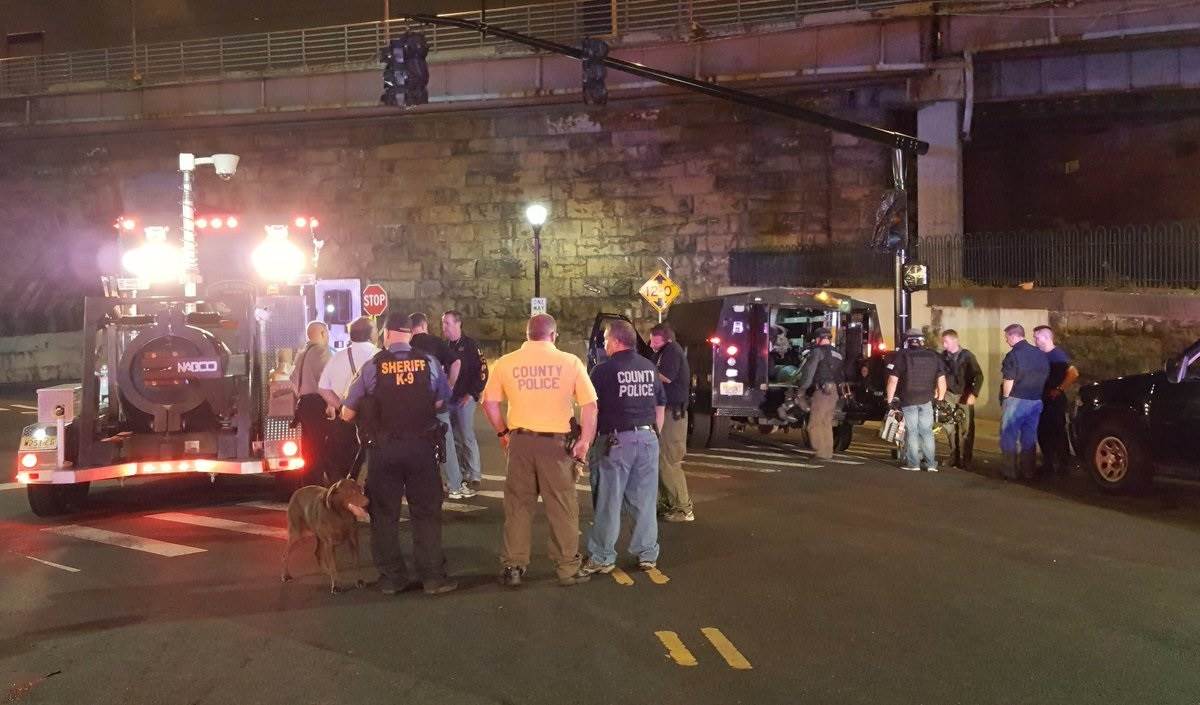 A device left near a train station in Elizabeth, New Jersey exploded early on Monday as a bomb squad robot tried to disarm it by cutting a wire on the mechanism. It was one out of as many as five explosive devices found at the site, according to officials.

No one was reportedly injured in the attack which followed a series of attacks in the country, including the Saturday night blast that rocked New York City’s Chelsea district, injuring 29 people.

Elizabeth City Mayor Christian Bollwage said the device found in the city south of Newark had been left inside a backpack placed in a trash bin close to a train station and a bar. When the backpack was emptied, as many as five potential explosives were said to have been found. Authorities swiftly cordoned off the area after which a bomb squad robot was used to cut a wire in an attempt to disarm the device, inadvertently causing an explosion.

“I can imagine that if all five of them went off at the same time, that the loss of life could have been enormous if there was an event going on”, the mayor added.

A coalition of bomb technicians from the FBI, Union County, and New Jersey was involved in the operation that preceded the explosion of one of the devices. Bollwage added that it was unclear whether Elizabeth, a city comprising 130,000 people less than 15 miles off of Manhattan, was an intended target or a drop off point used to elude investigators.

The attack has been the third explosion to rock the US just a week after the 15th anniversary of the September 11, 2001, attack on the World Trade Center. On Saturday morning, a pipe bomb blew up in the New Jersey beach town of Seaside Park along the route of a running race. This was followed by a pressure-cooker bomb that exploded in the Chelsea neighborhood of Manhattan – similarly leaving behind other potential explosive devices.

The backpack in Elizabeth was discovered by two men scavenging trash on Sunday evening after discovering wires and a pipe.

Despite the timing of the attacks, authorities have yet to draw a connection between the series of explosions.