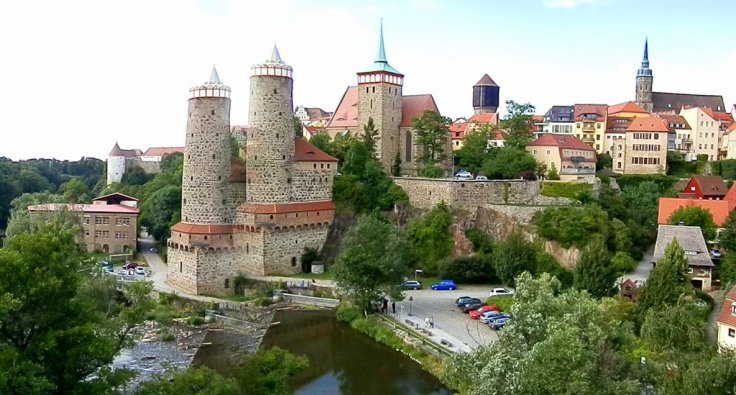 The central square of Bautzen, a town in Germany with a population of almost 40,000 people, became the center of clashes between protesters and asylum seekers. At least 80 protesters reportedly clashed against 20 asylum seekers in the town.

The situation got out of control but ended when the asylum seekers decided to return to the refugee camp. The asylum seekers received help from the police, who guarded the area. In the last few months, anti-refugee tensions have been rising in the town.

Bautzen currently has a few refugee camps in the area and a curfew was imposed on the asylum seekers. Germany received the highest number of new asylum applications last year and it has received more applications in 2016. In April, it was reported that there were more than 180,000 new applications in Germany in the first quarter of 2016. Last year, a record 1.3 million sought asylum in Europe.

During the clashes, an ambulance that had arrived to take an injured asylum seeker had to wait for the situation to calm down as protesters threw stones at the vehicle.

Last month, the head of the Federal Office for Migration and Refugees said that the country is expecting up to 300,000 migrants to arrive this year. The violence between refugees and those against the immigration policy is nothing new in Germany as there have already been reports of other incidents in the last few months. A few months ago, a group of people reportedly applauded and cheered when a building that was going to house refugees was set on fire.