Before appearing on Shark Tank, Christine Chang, and Sarah Lee worked in the beauty industry for about twenty years between them. The pair each worked at L’Oreal, where they met, for nine years. Sarah and Christine developed products and marketing campaigns, which gives them the experience they need for their company. Their aim was to bring Korean beauty products to the U.S., and they do so by curating products made by other people. Let’s see if the Sharks will bite on this attractive business. 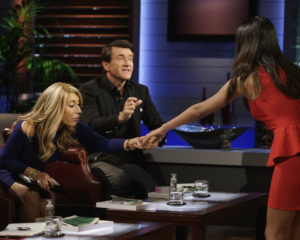 Sarah Lee and Christine Chang walked out into the Shark Tank and introduced themselves. They said that they were seeking $425,000 in exchange for 10% equity in the Glow Recipe. I wonder what the Sharks will make of that valuation. Sarah said that the goal of the business was to make every American woman’s skin glow. She wanted to bring the best skin secrets and products over from Korea, which she claimed was the “modern epicenter of skin care advances.” Christine asked the Sharks if they know that beauty magazines were saying that Korean skincare products were 12 years ahead of the rest of the world. Sarah said that with the help of their company, Korean beauty products could be the next large player in the United States.

Christine said that dealing with the pressures of being an apex predator like a Shark can’t be comfortable, with things like sleep deprivation getting into the way of the perfect skin. Glow Recipe wanted to help them out by bringing samples. Barbara told the women that she hoped they’d brought whiskey. Robert laughed at that. Sarah and Christine handed out the samples to the Sharks, who each received a tray of products. Christine said that the first item was a waterless mist that was used an on the go moisturizer- useful for “Sharks that never stop swimming.”

Christine introduced the next product, which was something called “pressed serum.” She elaborated, saying that it was a new beauty category that combines moisturizers and serums. Their product was packed with an anti-aging mushroom extract. Robert told them that it felt funny. Barbara said that it was halfway between a gel and cream. Next, Sarah showed them something that looked like it was out of a horror movie, which she called a “sea-kelp sheet mask.” It looked like it went on the entire face, with eye holes, and a separate mask for the bottom of the face with a tiny mouth hole. It looked like there would be a large gap where the nose was supposed to go.

Sarah said that they might have heard that sheet masks were gaining popularity in the US. Robert sarcastically stated that he knew, clearly having a vast knowledge of the beauty industry. Sarah stated that they were wanted the Sharks to glow with them. Before she could finish that statement, Kevin interjected. He wanted to be clear that they don’t actually manufacture the products, but they source them, and then bring them to the US. They agreed. Christine said that Glow Recipe was an e-retailer. Kevin clarified further, saying that they were primarily a distributor. Sarah stated that the business is in two vertical markets. They have curated the products from Korea in the e-commerce space, using their 20 years of combined experience at L’Oreal.

Kevin said that they must have huge sales since their valuation was at $4 million. He wanted to hear about the sales. Sarah stated that they opened Glow Recipe in November of 2014. They did $3,000 worth of business in the first two months. In 2015, they grew that to $550,000. Robert seemed impressed. Sarah continued, saying that they were projected to do $1 million by the end of the year. Robert asked if all of the sales were from online, and Sarah told him that half come from the e-commerce site, and half as their other vertical market as a brand incubator. Kevin asked if they charged the companies for that service, and Sarah said that they did, and they shared the revenue with the brands.

Robert wanted to know why Korea was such a hotbed for beauty products. Christine said that they were able to innovate at hyper-speed, and the influence of Korean beauty products was compared to Paris’s influence over fashion by Estée Lauder. Lori asked after their SKUs and inventory. Christine told her that they have 110 SKUs. Mark said that their inventory risk was high since the products were always updating and changing. Christine insisted that the goods were moving fast, and cycling through their warehouse.

Kevin asked why large retailers haven’t caught on to this idea yet if Korea has so much innovation. Sarah said that Sephora and Target both just began carrying a few brands. Kevin told her that meant that they were competing with those large companies now. Sarah agreed but said that Target and Sephora come to Glow Recipe to seek the latest trends. Kevin asked them if they thought they were consultants for America, and Sarah said that they were the thought leaders when it came to K-beauty trends. Kevin informed them that they did not have the scale that they needed for that to be realistic.

Robert said that it made sense that they did not have the same weight in the market since they were a startup. Kevin asked why they didn’t hire someone, but Lori said that anyone could be a distributor, gesturing to the women on stage. Mark wondered how many people were actually out there with the experience that Sarah and Christine had. The pair thanked them. Sarah said that they offer to provide translation, which is something not all distributors do.

Kevin said that one industry that has maintained its margins is the cosmetic industry. Kevin said that he was choking on the valuation. Barbara cut in, saying that she loves the distributor space since it’s cheaper and easier to grow. The numbers made her nervous. She told them that they should’ve offered more stock, and asked for a lower investment. Christine asked if she would feel comfortable in investing if they offered a higher equity share. Barbara said that she would have to call for a lot of stock in exchange for $425,000. Kevin asked her how much, and she said that she would do the deal for 40%. Mark laughed, but Kevin told them that Barbara wasn’t that crazy. He told the girls that he was going to offer $425,000 in exchange for 50%.

Robert said that he felt like Sarah and Christine were the real deal since they had the industry experience and knowledge of their products. He stated that he doesn’t know anything about the business so that he would be investing in the women themselves. He offered them $425,000 for 30%. He said that he felt like the company was worth one million dollars today. Sarah told him that they were projected to do a million in revenue by the end of the year, and then next year the projection is over $3,000,000. Barbara said that the key word there was projections – they were not guaranteed those sales.

Lori said that she had been in the beauty and cosmetic business for a very long time. It’s a real industry, but also very competitive and brutal. She said that it was not the right investment for her, and she went out. Mark said that they had not gone very far with digital content, and told them that they should have gone viral by now. Sarah stated that she needs his help with that aspect since he has so much experience in that space. Kevin asked them what the maximum amount of equity they were willing to part with was since no one was willing to give them 10%. Sarah told him that Mark might, and looked towards Mark expectantly.

Robert asked what he would be willing to do. Mark said that he doesn’t know enough about the business. Robert said he should go out then. Mark took a minute. Lori outlined the offers currently on the table – Kevin at 50%, Barbara at 40%, and Robert at 30%. Kevin said that he wanted a premium just for being Mr. Wonderful. Lori said that they would lose any of the offers at any time. Mark went out, saying that he just did not know enough about the beauty market.

Sarah then asked if Robert would consider 18%. He thought about it and then asked if they would do it at 25%. Sarah asked if he would do 22.5%, but he said that he thought he came down enough. He would love to work with them, but 25% was the lowest. Christine stated that they would take both Robert and Mark at 25%, but Robert explained that the equity would have to go up if they wanted another Shark. Robert said that he didn’t need another Shark since he also has the technology experience. Sarah and Christine discussed the offers in Korean, and then they agreed to make a deal with Robert. The pair taught him how to say thank you in Korean, and he repeated them. He asked them how to say “Screw you, Kevin” in Korean, but they looked aghast. Kevin told him not to be rude. Let’s see how they do.

Glow Recipe Now in 2018 – The After Shark Tank Update 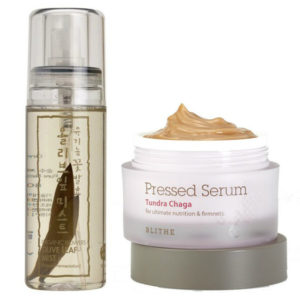 After appearing on Shark Tank, the Glow Recipe website experienced a high number of new visitors to their site. Thankfully, Sarah and Christine were able to prepare in advance for that surge. As of June of 2016, they had not received their investment from Robert – they are still going over terms. Only time will tell how far they will be able to get once they have a Shark on their side.