What Happened to Patricia Heaton – 2018 News and Updates 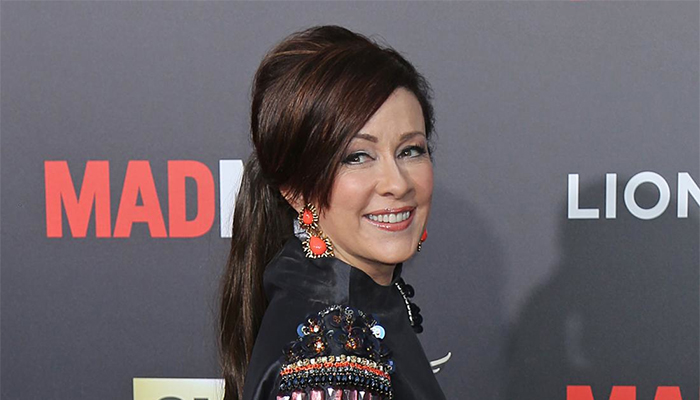 Patricia Heaton is probably best known for her portrayal of Debra Barone in the sitcom series Everybody Loves Raymond. Unlike some of the other actresses out there, Heaton actually debuted in Broadway prior to working and appearing on television in the production Don’t Get God Started in 1987. Shortly after starring in the gospel musical, Heaton landed another role in a Broad production called The Johnstown Vindicator; it was then that she was scouted by casting director during her performanceーthis would mark the beginning of her acting career. Following the discovery, Heaton would then be cast in her very first television series in 1989.

The actress’ first acting role on the small screen was that of Amanda Russel, in the sci-fi drama Alien Nation. Despite having been a guest character on the show, the opportunity ultimately helped the new actress to garner exposure and experience. Heaton later got her first recurring role that same year in the television series, Thirtysomething, in which she appeared in six episodes as Dr. Silverman. Some of the actress’ other earlier works from the 90’s include the made for TV film, Shattered Dreams (1990), the legal drama Matlock (1990), the sci-fi movie Memoirs of an Invisible Man (1992), the American sitcoms Room for Two (1992), Someone Like Me (1994) and Women of the House (1995). Of those listed, the most notably probably being that of the ABC series, Room for Two.

Since then, Heaton has gone on to star in dozens of television dramas and movies; her most popular role probably being that of Debra Barone in the sitcom, Everybody Loves Raymond. Set in the middle of bustling Long Island, the series centred around the life of a character named Raymond Baroneーan Italian American who worked as a sportswriter for the Newsday magazine. In it, the actress’ plays the leading role of Raymond’s wife, Debra. For her portrayal of her in the sitcom, Heaton has garnered multiple awards including two Viewers for Quality Television Awards for Best Actress in a Quality Comedy Series, and two Primetime Emmy Awards for Outstanding Lead Actress in a Comedy Series.

But what has our favourite actress from Everybody Loves Raymond fame been up to lately? What Happened to Patricia Heaton? Where is she now in 2018? 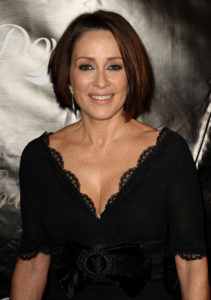 Born on March 4, 1958 in Bay Village, Ohio, Patricia Heaton is the second youngest daughter of Patricia Heaton and Chuck Heaton. The family has five childrenーthree daughters named Alice, Sharon and Frances and a son named Michael, Heaton being the fourth. Raised as a Roman Catholic, Heaton attended St. Raphae”s Catholic Grade School and went to Bay High School as a teen. After graduating from high school, she enrolled in Ohio State University where she studied theatre; she eventually finished her bachelor’s degree in 1980.

It was then that Heaton decided to pursue a professional career in acting. In attempts to shorten the distance between her and her dream of becoming an actress, she later relocated to New York City in order to study under William Esper, a pronoun drama teacher.

At the age of 29, the aspiring actress landed her first role in a Broadway production called Don’t Get God Started in 1987. Shortly afterwards, she formed an Off-Broadway acting group called “Stage Three” with some of her fellow drama classmates; the acting troupe would eventually travel and perform across the country. When their performances brought them to the buzzy city of Los Angeles, Heaton was scouted by an ABC casting director for a then-running television series called Thirtysomething. Impressed with her presence on the stage and acting ability, the actress was eventually offered a role in the showーit would also be Heaton’s first professional acting role on the small screen. 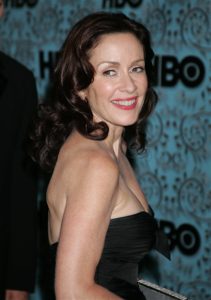 Thirtysomething centered around the lives of a group of friends born after world war II (aka baby boomers), who were all in their 30’s. Having premiered in September 1987, the show featured other big name actors such as Ken Olin, Mel Harris, Timothy Busifield, Melanie Mayron and Patricia Wettig. In it, Heaton played the recurring role of Dr. Silverman, an oncologist. Despite her minor role in the show, having been casted in a Golden Globe winning series had definitely helped the aspiring actress to get her name out into the industry at the time.

Having set foot into the show business world, Heaton then starred in a number of other television series including Shattered Dreams (1990), Memoirs of an Invisible Man (1992), Beethoven (1992) and Someone Like Me (1994). However her most notable role during the early 1990’s would be that of the leading character in the American sitcom, Room for Two. Set in New York City, the series revolved around the life of Jill Kurland (played by Heaton), an executive producer for a TV show titled Wake Up, New Yorkーit would be the actress’ first time landing a main role in a drama series. The sitcom spanned 26 episodes over two seasons and ended in July 1993.

A couple years later in 1995, Heaton once again landed a role as a main cast member in a sitcom called Women of the House. The show centered around a character named Suzanne Sugarbaker, whom when her husband passes away, has to relocate to the state of Washington to assume his role in the congress along with the rest of her family. In the series, the actress played the role of Natty Hallongsworth, Suzanne’s conservative administrative assistant. Women of he House ran for 13 episodes and later ended in September 1995.

Patricia Heaton in Everybody Loves Raymond 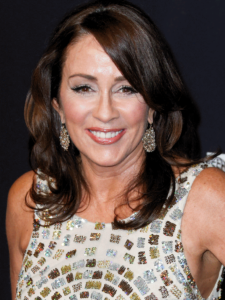 In 1996, Heaton got her breakthrough role when she was cast as the leading female character in the American sitcom, Everybody Loves Raymond. Having first premiered on television inn September 13, 1996, the series revolved around the life of an Italian American man named Raymond Baroneーwho worked as a writer for a magazine called Newsday. In the CBS series, Heaton played the role of, Debra Barone, the under appreciated housewife of Raymond. The series was met with positive reviews amongst critics and had garnered over 32 million viewers during the finale. The show ran for 210 episodes over a span of nine years; the final episode aired on May 16, 2005ーit would be Heaton’s longest, and most notable role of her acting career.

A huge hit amongst viewers, Everybody Loves Raymond won numerous awards and nominations during its 9 year run. The show has been nominated for the Primetime Emmy Awards a stunning 69 times (with 15 wins), and the Screen Actors Guild Awards 21 times (with 1 win). She show also did well internationally, having won the Writer’s Guild of America Award for Episodic Comedy for “Italy” in the early 2000s. For her portrayal of Raymond’s wife, Heaton also received numerous awards and nominations during her time on the show. She garnered two Primetime Emmy Awards for Outstanding Lead Actress in a Comedy Series in 2000 and 2001 and had also won two Viewers for Quality Television Awards for Best Actress in a Quality Comedy Series in 1999 and 2000.

Patricia Heaton After Everybody Loves Raymond 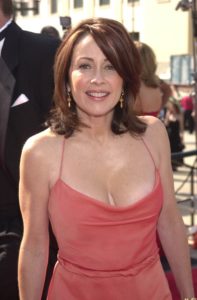 Following her critical acclaim on the American sitcom, Heaton continued to star in a handful of dramas and films throughout the early 2000s. She also appeared in numerous television films, including A Town Without Christmas (2001), The Goodbye Girl (2004), and The Engagement Ring (2005).

In 2007, Heaton was cast as Kelly Carr, a leading character in the comedy series Back to Youーit would be her first major role since Everybody Loves Raymond. Featuring fellow actors Kesley Grammar, Ayda Field, Laura Marano, Josh Gad and Lily Jackson, the sitcom focused on the relationship between a pair of news program co-anchors, named Kelly Carr and Chuck Darling. The series premiered on September 19, 2007 and had garnered over 6.5 million viewers during its first season. Unfortunately, due to low ratings the show was ultimately cancelled in May 2008 after having aired for 14 episodes; three episodes remain to be unaired.

Following that, Heaton once again landed a main role in the sitcom The Middle in 2009. Set in a fictional city called Orson, the series revolved around the everyday life of the middle class, Heck Family. In it, the actress plays the leading role of France Heckーthe wife to husband, Mike Heck, and a mother of three; she also acts the primary narrator of the series. Having first premiered on the ABC network on September 30, 2009, the show has been a huge hit amongst critics and viewers; having garnered close to 7 million audience members during its first season. The Middle has also won numerous awards and nominations, including a Gracie Award for Outstanding Comedy series in 2011. The series is currently on its seventh season. 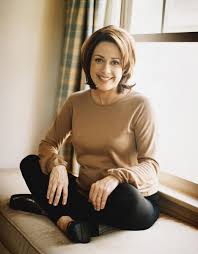 Well, first the obviousーshe’s been busy reprising her role as France Heck on The Middle! Having been on the show since its conception back in 2009, this will be the actress’ sixth year starring in the series. While the seventh season has just ended a few months ago back in May 2016, it looks like Heaton won’t be getting a month long vacation anytime soon as the show has also just been renewed for an eighth season. Scheduled for a premiere later this fall in October 2016, its no doubt that Heaton, along with the rest of the show’s cast members are busy filming!

Besides starring on the sitcom, the celebrity has also been busy hosting her reality series, Patricia Heaton Parties. In the Food Network favourite, Heaton shares with audience members various party recipes including tips on how to entertain house guests. The show also features a number of celebrity guests throughout the episodes; some noteworthy guests include actors Jack McBrayer, Suzy Nakamura, Amy Aquino, Diedrich amongst others. Despite having just premiered on television last year in September 2015, the culinary series has already become a must watch for many. In fact, the series just recently won a Daytime Emmy Award this year for Outstanding Culinary Program! If you’re a fan of the actress, and you like yummy food, then this is the show for you!

In addition to her acting, the actress also made headlines this June when she shared her opinion on the Supreme Court’s recent decision regarding abortion. A Catholic pro-life, Heaton was seen speaking out on Twitter about the new Texas Law which required abortion clinics and their doctors to operate under a list of specific standards, similar to those of other surgical facilities. In response to the tweet, the actress had reportedly been met with heavy criticism.

If you’d like to stay up to date with news regarding Patricia Heaton, then make sure to visit the star’s official Facebook page. Alternatively, you can also follow her on Twitter (@PatriciaHeaton) for her latest tweets.