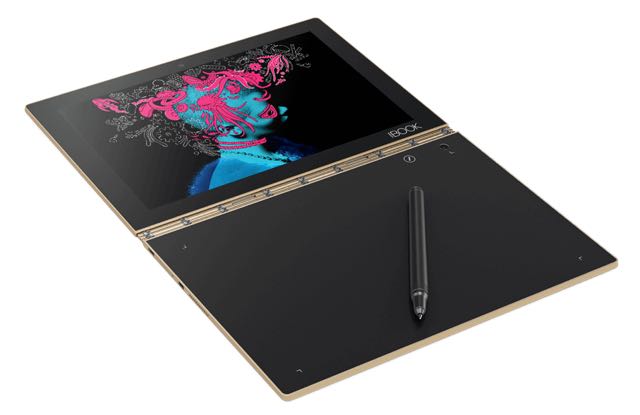 The Lenovo Yoga Book has caught the attention of many since it was unveiled because it comes with a number of interesting features, including a touch keyboard. The 2-in-1 laptop is very thin and light and there are a few options. There is a version that runs Windows 10 and there is another one that comes with Android 6.0 Marshmallow.

There is no physical keyboard on the Lenovo Yoga Book and it just has a second touchscreen that can turn into a keyboard. The device is said to be one of the lightest and thinnest but the unique keyboard was something that caught the attention of many people.

The Lenovo Yoga Book was one of the products that the company unveiled at IFA in Berlin just a few days ago. The specs aren’t the most impressive but they are solid, especially for the price. The 2-in-1 laptop has a 10.1-inch display, 4GB of RAM and an 8MP camera. The device has an Intel Atom x5 processor and 15 hour battery life.

The device also has a stylus that allows users to write on paper and digitally. Every note or drawing created is saved on an app. The stylus also serves as an ink pen and doesn’t need charging.

The two versions have the same specs but they have different prices. The price of the Windows version is $549 and the Android version costs $499. The tablet is expected to be released in many countries this month. A few days ago, it was reported that the company was also thinking about releasing a Chrome OS-powered version of its new Yoga Book.