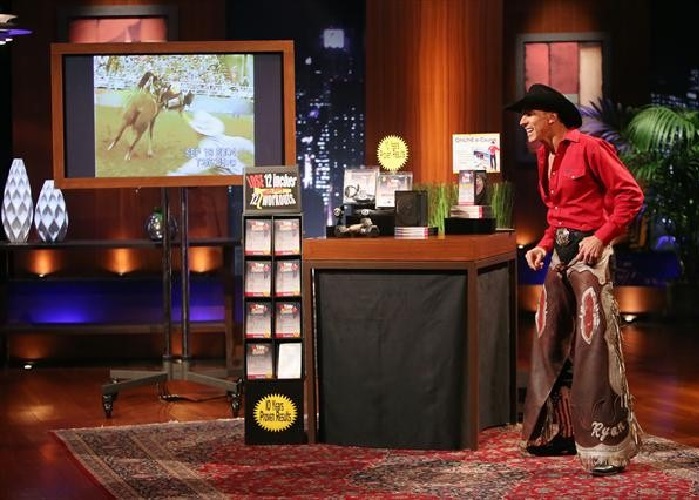 Lose 12 Inches With Any 12 Workouts Before Shark Tank

Ryan Ehmann from Austin, Texas, is a real life cowboy. So much so that he had a career as a rodeo rider for 14 years, but eventually the physical pounding that he regularly received began to cause problems for his health. Ryan began suffering from chronic lower back pain, and after visiting thirteen different doctors, all of whom told him he would never be able to ride again, Ryan decided to get his life back on track without any external medical assistance.

Showing incredible perseverance and determination, Ryan managed to not only regain his own health through a structured whole-body work-out program that he devised himself, but he also became a certified personal trainer, and hoped to bring his personal training program, that had achieved such miraculous results for him, to others who wished to reach a similar level of fitness.

In 2007 Ryan began working for a large corporate gym, but became disillusioned by the lack of professional help for clients at the gym, unless they could afford to pay $65 an hour for a personal trainer. Ryan had an idea for a twelve-step workout program that he believed could help anyone train more efficiently, for less time, but still achieve impressive results.

Ryan branched out on his own and went into business, opening Cowboy Ryan’s Gym in Loveland, Colorado. He began group training sessions for clients so that everyone could receive personal training, advice and guidance without huge expense. The business model worked well and Ryan’s clients soon began to benefit from his personal guidance.

He opened a second gym in Loveland in 2011 and soon afterwards developed a unique training machine, that he called ‘Rodeo Abs’. His invention allowed gym users to follow his personal work-out in a way that he believed was the most effective way to train, and Ryan wanted to bring his methods to the attention of a much wider audience. The cowboy entrepreneur saw an infomercial as the most effective way to expand his business but needed additional funding to pay for it. He applied to appear on Shark Tank in mid 2012 and his enthusiastic and entertaining personality soon saw his application accepted by producers of the show.

Lose 12 Inches With Any 12 Workouts On Shark Tank

The Shark Tank can be a sober, serious and business-like experience for some applicants, but sober and serious are two words that could never be used to describe Ryan Ehmann.

The 12 Inches entrepreneur entered the tank, wearing his customary cowboy hat and greeted the sharks with a whoop and a cheery ‘Howdy Folks!’ before introducing himself. He announced, to the slightly stunned looking sharks, that he was looking for a $120,000 injection of cash into the 12 inches business, in exchange for 25% equity in the company.

He revealed his Rodeo background, and showed the sharks a brief film of him being thrown around on the back of a bull in his former career, and then he explained about the huge physical damage that his back had received during that time, and his forced retirement from the business.

Ryan explained about his development of a training program that had not only healed his own injuries, to the amazement of his doctors, but it had allowed him to reach the best physical condition of his life, even though he was now 41 years old.

The cowboy entrepreneur had a few before and after photos of some of his clients to show the sharks how effective the program was. The first ‘Before’ picture was of an overweight middle-aged man. ‘It’s Kevin’ shouted out Robert Herjavec gleefully.

Ryan continued through the laughter, showing an ‘after’ picture of the same man, but now he was considerably healthier looking. There were some more before and after pictures, all showing impressive improvements to customers physiques, and Ryan told the sharks about his dream of taking his unique training program to millions of people who desperately needed it, and allowing them to ‘take their lives back’.

Just to be clear here, Ryan is enthusiastic, very enthusiastic. He had wowed the sharks with his dynamic energy, and belief in his training program, and there was a slightly stunned silence when he stopped speaking. The sharks seemed a little overwhelmed by the larger-than-life cowboy entrepreneur.

Mark Cuban was the first to speak, he asked Ryan for more details about his unique training program, Ryan explained that it consisted of his own software that could be fed with details of a users personal fitness level, and then determine exactly how their individual training program should be constructed. It came complete with a heart monitor that was vital to ensure the most efficient training could be guaranteed. The program also educated users on how to maintain a healthy lifestyle and remain in peak physical fitness.

Robert Herjavec revealed that he too worked out every day, Kevin O’Leary observed that Robert’s training wasn’t working and he needed Ryan’s fitness plan. Robert continued speaking, explaining that he needed to work out, or he would ‘Look like Mr Wonderful’, he asked Ryan what made his training program so effective. 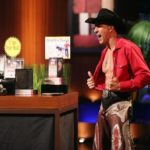 Ryan told Robert that he could use his customized software to assess what the fitness priorities of each customer were, and use that information to tailor a precise schedule of workouts that was exactly what the customer needed to achieve peak fitness. He ripped open his shirt to reveal an impressive set of abdominal muscles and assured the sharks that anyone could look like him, with the benefit of his professional help.

Lori probably didn’t want to look too much like Ryan, but she did admire his impressive physique, observing that his muscles were so defined that they didn’t actually seem real. She admitted the results of the training on Ryan’s physique were great, but she cautioned him that claiming 12 inches could be lost in only 12 workouts was a claim that would have to be proven by independent testing, before he could advertise those results as guaranteed.

Kevin O’Leary wanted to get back to his favorite subject – money. He asked Ryan how an investor could make money by partnering with him. Ryan suddenly revealed that in addition to the tailor-made training program, he had also developed a unique training machine that was designed to be used in conjunction with his workouts. Ryan had obtained a patent for the machine and hoped to licence its use in gyms across the country.

The cowboy pulled a covering off of his invention and revealed it was called ‘Rodeo Abs’. Lori was interested and asked if she could try it out. Ryan took the Queen of QVC through a few simple exercises on his machine and showed her his patented rolling wheel-mechanism that made exercise far more effective. Lori seemed impressed but was surprised that Ryan hadn’t mentioned the Rodeo Abs machine before.

Kevin O’Leary was impressed at the tremendous amount of energy that Ryan displayed, and admitted that the 12 inches business could potentially make an investors money back. Mr Wonderful believed that there was an ideal investor somewhere out there for Ryan, but he asserted that it wasn’t him, and with that, Kevin was out.

Mark Cuban admired Ryan’s great personality and asserted that he was sure the cowboy was a fantastic trainer, but the loudness of Ryan’s pitch seemed to have rung alarm bells for the Texan. He told Ryan that as the volume of a pitch went up, so did his skepticism of the business behind it. Mark ‘Wasn’t buying’ the 12 inches business and with a commiserating smile for the cowboy, he dropped out too.

Having lost two sharks in quick succession, Ryan quickly attempted to engage the remaining sharks, he claimed that he had never had one customer, out of over 10,000, who had failed to lose at least 12 inches after only 12 workouts. It was quite an impressive record for the cowboy to claim but the sharks looked doubtful, Lori remarked ‘No way’, clearing not believing it to be entirely truthful.

Lori’s remark seemed to push Robert Herjavec into a decision. With little added explanation the shark told Ryan that he couldn’t see the business concept as profitable, and he was dropping out.

Lori was more encouraging to Ryan, she could see great potential in the 12 inches business, but she was doubtful of his claims. Ryan passionately appealed for her to give him just one chance, but Lori had made her mind up, and with regret, she was out too. 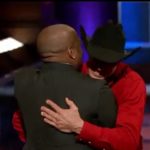 It looked as if Ryan was going to be thrown to the side by the Sharks, but Daymond John saw something special in Ryan, and was prepared to offer him a last-minute lifeline. He suddenly announced that he would supply the $120,000 investment required in exchange for 25% equity, exactly the deal that Ryan had been seeking in the Tank.

Ryan has revealed that the opening of his own gym was initially way beyond the means of his modest salary as a personal trainer. He applied for a business loan at 10 banks, but the business plan was rejected in each of them. Not to be discouraged he applied for 13 credit cards, and used them to help him scrape enough money together to open the first Cowboy Ryan Gym.

Since appearing on shark tank, the cowboy entrepreneur has disclosed that he worked up to twenty hours a day, during those first few months of business, initially without any employees supporting the financial and administrative processes of the business. Ryan’s personal motto is ‘Rise early and grind late’, and he assures other potential entrepreneurs that in order to get more out of life, you have got to work as hard as humanly possible.

Ryan put more effort and preparation into his appearance on the show than many other applicants, those abdominal muscles that Lori had admired so much were the result of endless hours of training before the show, to ensure that he was in the best personal condition that he had ever been in. He ascribes his success in the tank to his genuine personality and enthusiasm, and advises applicants to be themselves in front of the sharks. 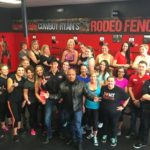 Ryan and the 12 inches business now achieve a monthly revenue of over $80,000 monthly, with an impressive profit margin of 60%, and that success is soon to be built upon even more by Daymond John. The FUBU boss is planning on licensing the Rodeo Abs machine to gyms all over the World and foresees big profits for the future of the business.

Daymond has described his partnership with Ryan as a ‘Wild Ride’, but is also quick to point out that it has also been a wildly profitable one too, he sees Ryan as a ‘Force of Nature’ and believes his fellow sharks were short-sighted in not seeing the potential of his dynamic cowboy partner.