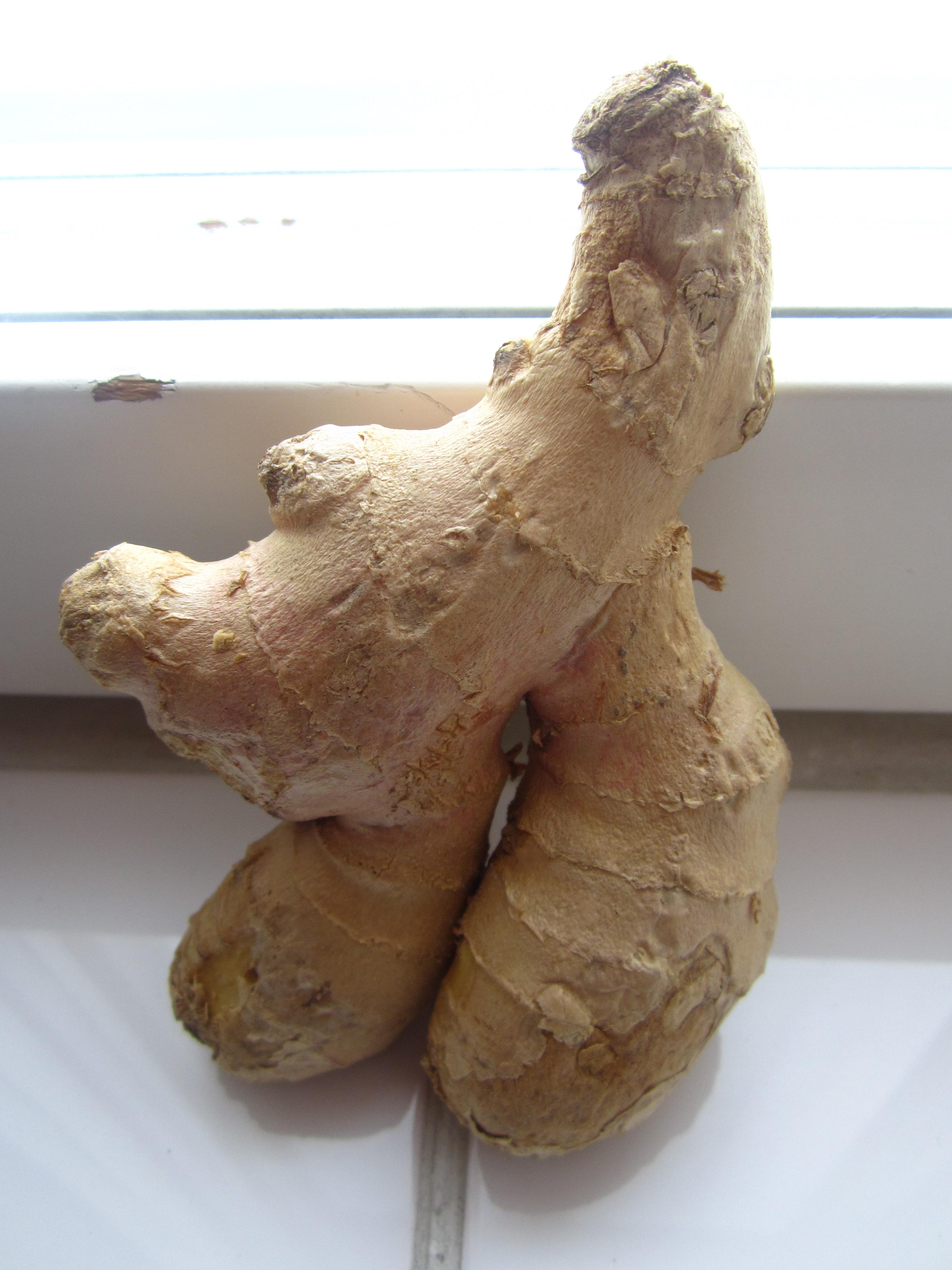 We all have to take a long trip at some point in our lives. Whether by bus or by plane, sitting on a fixed position for long periods of time don’t bode well for everyone, as some people may start developing symptoms of motion sickness, ultimately leading to vomiting when left unchecked. This is not a very comfortable situation, especially in crowded buses or when you do not have a plastic bag with you.

Dramamine is one of the many over-the-counter drugs that help prevent and treat motion sickness. People rely on it for journeys that take more than an hour, and it is indeed effective. However, as with other drugs, the use of Dramamine has potential side effects like dry mouth, drowsiness, mucus thickening, and constipation. Some people may even be allergic to the said medication.

There are other ways to combat motion sickness, and these come from natural sources that have virtually no side effect when used. Before choosing an alternative to Dramamine, make sure to consult first with a medical expert to avoid undesirable consequences:

Acupuncture is an ancient Chinese method of healing that involves applying needles on specific body parts, or acupuncture points, with various results. Acupressure bands are simply wristbands with a raised surface, utilized to apply pressure on the Pericardium 6 acupuncture point (three fingers below the wrist). Some bands use both electricity and pressure to achieve the same result. However, it doesn’t work for everyone, so you may have to try it first to see if acupressure bands help relieve your motion sickness. 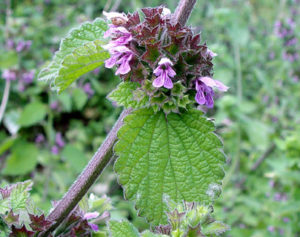 An herb found mainly in Asian, European, and Mediterranean regions, black horehound is packed with volatile oils that help mainly in relieving anxiety and motion sickness by relaxing the nerves. To prepare black horehound tea, mix one tablespoon of the herb along with chamomile and two tablespoons of ginger, preferably grated. Pour two cups of water into the mix of herbs and boil. When the water is reduced to at least half the original amount, strain the mix and drink it 30 minutes prior to your trip or bring it along in a thermos.

If you ask someone knowledgeable about what is the remedy for motion sickness, their first recommendation is probably ginger. This ancient spice has proven its efficacy in many medical uses for over a thousand years, and motion sickness is included in that list. Its medicinal potency stems from gingerol, the compound that gives the spice its unique flavor and scent, and studies show that it is on the same league as dimenhydrinate, Dramamine’s active compound. Gingerol neutralizes the symptoms of motion sickness by increasing production of digestive fluids, and absorbing and counteracting toxins and stomach acids. Aside from chewing or eating raw slices or taking supplements, here are a few other ways to take ginger:

a. Add thin slices or grated ginger in a pan of boiling water and simmer it for up to 20 minutes. Strain the contents into a glass and transfer it into a thermos. Sip immediately once you begin to feel symptoms. You may add lemon, honey, or peppermint to enhance flavor. It can be prepared cold, but at the cost of reduced efficacy.

b. Place a teaspoon of ginger, grated or thinly sliced, in a pan of boiling water along with a teaspoon of red raspberry leaf. Lower the heat and simmer for up to 20 minutes. After the specified time, turn the heat off and give it 15 minutes to steep. Strain the liquid into a glass then pour in a cup of carbonated water and some drops of lemon juice. Drink it 30 minutes before your travel, or transfer into a thermos for portability. This is better than buying prepared ginger ale as the product may have very little ginger content in it and may only be packed with artificial ginger flavoring.

c. Powdered ginger is available in the spice section of supermarkets and in health stores. Dissolve it in a glass of water or with another beverage such as fruit juice. Asian food stores sell pickled ginger, which can be a good snack while traveling if you’re not against the taste. Ginger candy is another way to reap the benefits of the spice for motion sickness.

Pectin is a substance found in many fruits and is an important component in the creation of jellies. Green apples contain pectin, and the presence of that substance makes the fruit an effective treatment for motion sickness as it neutralizes stomach acids. Plus, the natural sugars in the fruit help relax your stomach. Bring two green apples and eat them when the symptoms arise. Alternatively, extract the juice from the fruit and mix it in a glass of water with a few drops of lemon juice and a dash of black salt, then drink it prior to the start of your trip.

Starting to feel the symptoms during a long drive with your family? Snatch a cube or ice chips in your ice box and toss it in your mouth. The cold temperature helps calm down your stomach and keeps motion sickness at bay, not to mention diverting your attention away from impending dizziness.

The refreshing scent of lemon helps relax your brain and avoid instances of motion sickness from developing due to unwanted smells. It also contains citric acid that relaxes your stomach. Simply suck on a slice of fresh lemon while on a trip, or mix it with a cup of water for lemon juice. Try not to rely on bottled lemon juice or any other variant aside from the fresh one, as those products may only contain artificial lemon and mixed with unwanted chemicals. 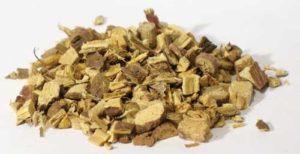 A medicinal herb with potent anti-inflammatory capabilities that work well in relaxing the stomach’s mucous membranes, preventing the chance of motion sickness from triggering. It also minimizes fatigue during travel, another factor that may lead to dizziness. Prepare licorice tea for your trip by adding the root of dried licorice in a saucepan with boiling water. Turn off the heat and wait for five minutes before straining. Drink the tea 30 minutes before your trip. The sweet and chewy licorice candy also bestows the same benefits, so bring along a couple of these treats. 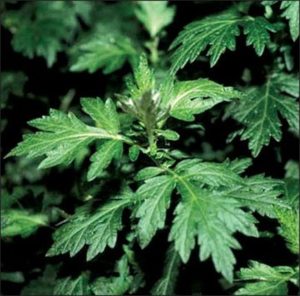 An aromatic herb that is widely used in traditional Asian medicine for the remedy of stomach ills such as indigestion and acidity. As an upset stomach is among the symptoms of motion sickness, mugwort fits the bill in relieving both problems before they become worse. Mugwort tea is prepared by steeping fresh leaves of the herb in boiling water for up to ten minutes then consumed before the trip or brought along in a thermos and sipped when dizziness is felt. Another method is to bring a small bottle of mugwort oil and put a drop or two on your tongue before the journey begins. Pregnant or breastfeeding women must not use mugwort.

Olive trees are famous all around the world for their fruit (olives) and fat, or better known as olive oil. Olives are incredibly healthy with powerful anti-inflammatory properties, nutrients, and antioxidant content. For motion sickness, olive helps keep it at bay with its tannin content. Tannins are compounds that are present in many fruits and vegetables, and these said compounds dry out the mouth and prevent excessive salivation. As the presence of excess saliva in your mouth potentially triggers motion sickness, a reduced amount of it helps prevent the worst that is to come next. Olives are easy to pack for the trip and can be eaten as a snack especially when you start feeling uneasy. Keep eating until the symptoms die down. 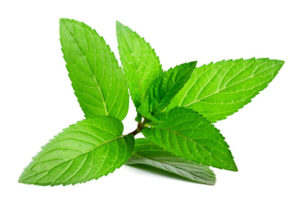 An alternative for people who do not like ginger’s taste. Peppermint is another effective remedy that calms the muscles in your stomach to prevent motion sickness. Like its spicy counterpart, peppermint is available in many different forms:

a. Steep a tablespoon of dried peppermint leaf in a cup of boiling water for up to an hour, strain, then drink away. It is potent enough to shield you from the effects of motion sickness throughout your trip. A teaspoon of honey for taste is always optional.

b. Peppermint candy is widely available, same goes for peppermint chewing gums. They’re great in keeping your mouth occupied during long trips, and consumption of candies promote increased production of saliva which neutralizes your stomach acids.

c. Add peppermint essential oil on your handkerchief with just a few drops and place it over your nose whenever you feel the symptoms arise. It is also very relaxing.

Aside from eating an herb or drinking tea, there are certain things you can do to minimize or completely avoid triggering motion sickness:

b. Don’t move around, just relax and stay in place. Stop walking around the cruise ship, minimize movement of your head, and face towards the direction where your transport is headed. Keep conversations short, talking too much may also exacerbate motion sickness.

c. If on a private car and if possible, choose to drive. This helps fix your concentration towards the road and not in any other matters, especially motion sickness.

d. Don’t eat too much food during the trip. Avoid oily and spicy food as well. Try not to upset your stomach especially when there’s no chance of going on a bathroom break. Instead, eat only foods that are light such as crackers.

e. Don’t read, don’t play around with your smartphone. Avoid activities that require you to look down. Don’t play travel games. Instead try to focus on the green colors outside your window.

f. Don’t hang around people who are evidently showing symptoms of motion sickness. It won’t be long before you start feeling the same.

g. Stay hydrated, as dehydration is a potential trigger. And when you do vomit, you need to restore lost fluids.

h. But don’t hydrate yourself with alcohol or caffeine. Both of them will just make matters worse.

i. Open the windows and have fresh air instead of relying on the air-conditioner. Certain scents in such a trapped environment are powerful motion sickness triggers.

j. Sleep if you can. This will help pass the time and relax your body at the same time.