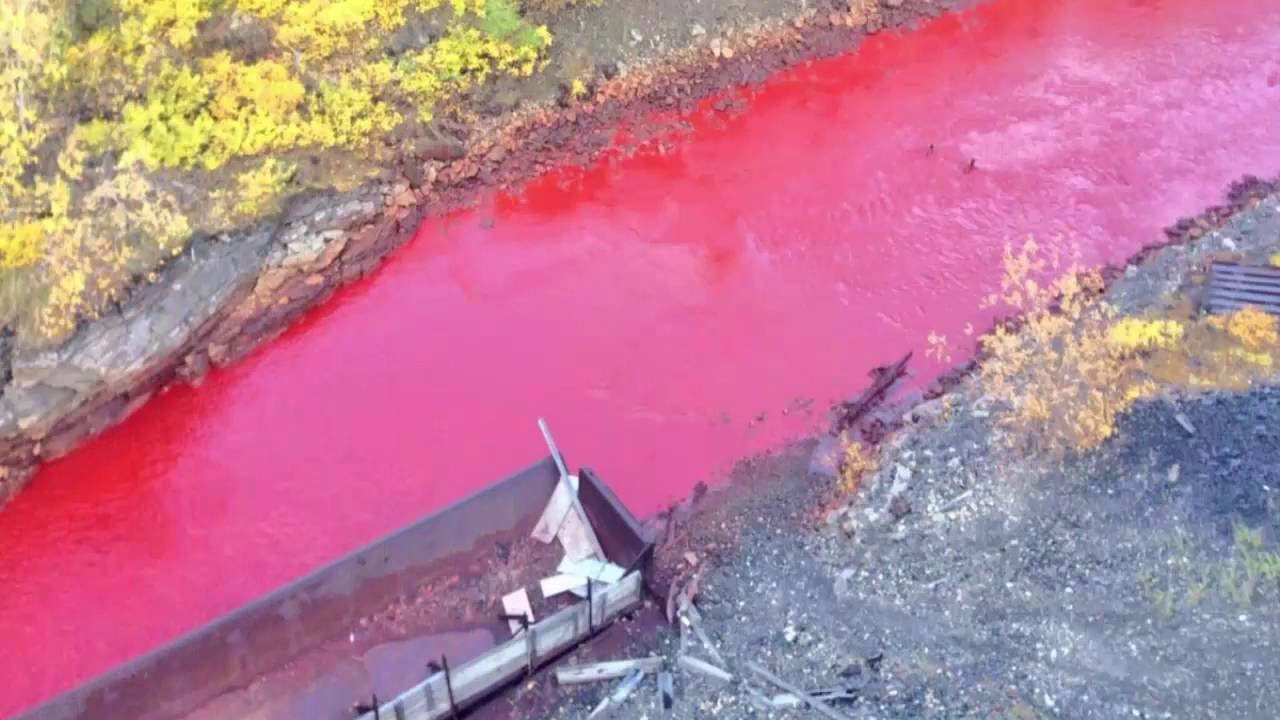 Residents in the city of Norilsk were shocked after seeing that a river in the area has turned red. The Daldykan river, which is near the industrial city of Norilsk, turned bright red on Tuesday.

Residents took pictures of the color change and began posting them on social media. No one knows why the river turned red but residents believe it could be industrial waste. Authorities have not confirmed if it’s industrial waste or something else but they have ordered an investigation as there could be a broken pipeline near the river.

Residents were shocked about the river turning red and a few pictures have been posted on social media. But others said it wasn’t the first time as it had also changed color three months ago.

The Daldykan river is located near a factory run by Norilsk Nickel, a nickel, mining and smelting company. It is not known what caused the river to turn red but Russia’s Natural Resources and Environment Ministry said on a statement earlier today that it was looking at complaints of chemical pollution, which could have been caused by a pipeline break.

According to the RIA Novosti news agency, the company said the color of the river today doesn’t differ from its usual condition. Authorities have already ordered an investigation and will try to find what suddenly turned the river red.

Norilsk has also been listed as one of the ten most polluted places on Earth. The Daldykan river is located near the city and it is not difficult to see the red water. In the pictures of the river, the red water appears to be coming from miles away. Authorities will begin investigating and the cause will probably be revealed soon.