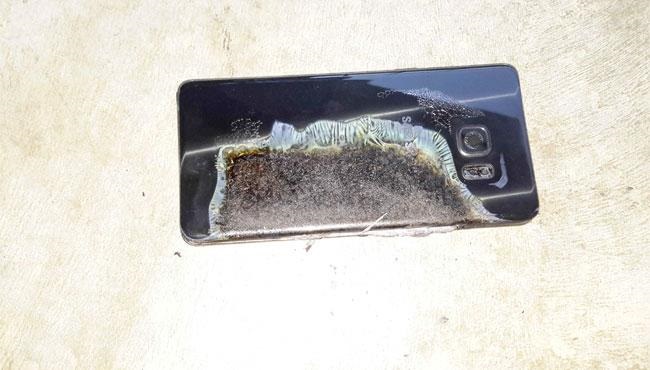 A few weeks ago, the Samsung Galaxy Note 7 was released and many were impressed by the new device. The supersized smartphone received great reviews in the first few days but things haven’t gone well for the company. The Samsung Galaxy Note 7 looks great and impressed during its release. But the company has been facing a serious problem with the device these last few days.

Last week, Samsung recalled more than 2 million units after several handsets caught on fire. The issue seems to be with the battery, which in some cases has caught on fire while charging. The massive Galaxy Note 7 recall could cost the company millions as lots of units will have to be replaced. Reports say the Galaxy Note 7 recall could cost Samsung $1 billion.

The company announced a global recall after reports of the device catching on fire while charging. At least two incidents have been reported. In Australia, Samsung recalled 50,000 Galaxy Note 7’s as a precautionary measure but another incident was just reported there.

An Australian man was charging his Galaxy Note 7 in the hotel room he was staying in when it caught on fire. He was sleeping at the time but only burned his finger during the incident. The Galaxy Note 7 was charging with its original charger.

The scary incident happened after the recall and the man said he knew about it but kept using the phone. More than two million units have been recalled but if you purchased a Galaxy Note 7 before the recall last week, the best option is to turn it off and get a replacement.

Samsung will replace all of the units with this issue and give users a new one with a safe battery. The official recall was last week, so if you purchased a Galaxy Note during its release, go for the replacement. If you were looking to buy a Galaxy Note 7 soon, Samsung will soon be releasing them again with safe batteries. It was recently reported by a number of tech sites that the Samsung Galaxy Note 7 will no longer ship with Samsung SDI batteries.