Prior to starting Village Scholarships, Antonio Adams lost his scholarship. It was an athletic scholarship, and Antonio sustained an injury that made him not longer able to play. His misfortune made him brainstorm better methods of paying for school. He began researching crowdfunding sites but felt like the traditional avenues were missing something. With the help of his sister Tasha, Antonio made his own crowdfunding site, Village Scholarships. Would the Sharks see the value in such a site? Let’s take a look. 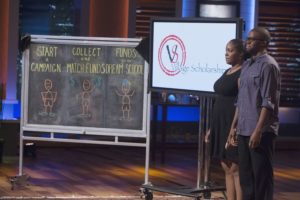 Antonio and Tasha Adams walked into the Shark Tank and introduced themselves. The told the Sharks that they are twins from Dever, Colorado, and launched their company “Village Scholarships.” They were asking for $125,000 in exchange for 10% equity in their business. Tash said that getting into college is a big deal for a teenager, but figuring out how to pay for it is an ordeal. Antonio asked what the possibilities would be if there were a viable and profitable solution to that problem. Village Scholarship had the answer. Tasha said that it was a crowdfunding platform where people the student knows can help fund the scholarships, and their donations would be matched by “people who care.” The twins had a strange dynamic where one would start a sentence, and the other would finish it. They both chimed in on key phrases.

Antonio said that anyone who was interested in the cause would be able to contribute to a student’s college fund. They showed a sample of the website on the big screen. Antonio said that a student would create a profile with where they were attending school, their major, and their tuition costs. The student would be able to choose who they send their crowdfunding link to – friends, family, or their whole social network. The money raised would be transferred to the students accounts at the university. Tasha and Antonio asked if the Sharks would help them make a difference.

Robert said that it was just a way for family and friends to give someone money. Antonio stated that Village Scholarships is a traditional crowdfunding site, but they also had the opportunity for matching donations. He said that the students would be raising funds from their families to be matched with another person. Kevin asked how many users the Village Scholarships site currently had. Antonio said that the website is not currently finished. Lori clarified that the website was in the conceptual phase, and they haven’t launched the product or made any money.

Robert asked again if it wasn’t just a way to donate. He said that it was not a business. Mark asked them I there was a business model in place, and Tasha said that yes, they planned on charging servicing fees. Kevin asked what the fee would be, and Antonio explained that it would be 8.5 % of the total amount the student raised. Kevin and Mark looked shocked. Antonio tried to tell them that 8.5 % was a standard fee for what they were providing, but Kevin was having none of it. Chris said that the difference between a crowdfunding site such as Kickstarter, which brings distribution to a project that wouldn’t have it, and Village scholarships, where the fundraising was coming from people you know, instead of anonymous donators. That made the 8.5% fee seem huge, especially since Village Scholarships was not bringing anything to the table that Kickstarter did note. AAntonio protested, insisting that their situation was more like GoFund Me. Mark said that Chris was right. Kickstarter and other crowdfunding sites bring people with money to people without money. Robert asked what was the primary competitive advantage to Village Scholarships. Antonio explained that the fund matching is the competitive aspect.

Robert seemed confused, asking if strangers would actually match the funds that friends and family contribute. It is hard to imagine that people would be motivated to do that. Antonio stated that the individual student would invite friends and relatives to the Village Scholarship website to donate to their cause. Chris asked the siblings how they were able to pay for college. Tasha said that she received a full-ride scholarship to Oxford for optical engineering, and she also has a fellowship. Lori asked Antonio for his background, and he told her that he was an entrepreneur with three startups. He was also a college basketball player who lost scholarships due to severe injuries.

Robert told that pair that they would have to have a lot of donors or a lot of applicants to make this work. That would provide value to both parties. Robert said that he doesn’t buy that friends and family of the students would pay Village Scholarships 8% to donate money to the student when they would just provide the money directly. Antonio said that the market research the pair had done told them otherwise. He stated that hundreds of thousands of students already use crowdfunding to get money for their expenses, already aware that there was a fee.

Kevin said that their price was unreasonable. He had funded a competitor to their business model, and he went out. Robert stated that he believed that the idea had merit, but he was not clear on all of the details. He also went out. Lori said that in a previous season, she and Daymond went in on a similar app. She stated that the idea was interesting because they could possibility join forces, and integrate the two. But she was worried that the pair was just at the beginning of the process, and she went out.

Chris told the couple that they were scattered. They were trying to pitch four different businesses at the same time, a platform for friends and family to give, one for strangers to give, one for people to set up a scholarship fund and a platform where students can find scholarships that they are eligible for. He said that he did not believe that all four could be tackled at one, even though individually, the ideas were interesting. He was out, saying that he was looking for more focus. Tasha apologized for not having more focus but assured the remaining Sharks that they did have a plan. Mark stated that the issue was that they came too early. He would want to see that the project to fruition since it was a good idea, but he could not take it there from prototype stage. He went out. Tasha thanked them for their feedback and promised that they would use it to improved their business. Lori wished them luck, and the pair walked out of the tank.

Kevin said that there was no way that they’d get 8%, and Mark agreed, adding that Village Scholarships was not at the point where that would be relevant.

Village Scholarships Now in 2018 – The After Shark Tank Update 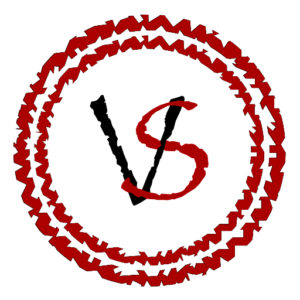 It seems like the sibling team behind Village Scholarships lost their stem. Their social media websites have few followers, and just as few updates, often going months in between posts. Antonio told Heavy.com that Village Scholarships was planning on a Summer 2016 launch, but we are halfway through the summer, and they seem to have gone dark. Their website appears to be still in preview mode.