Since WWE’s brand split, Smackdown and Raw have become two very different shows. Now, RAW seems to have focused itself more on the entertainment aspect and putting on a good show, while SmackDown seems to embrace itself as a legitimate wrestling medium. Backlash was the first brand-specific pay per view since the segmenting of the roster into two different shows, and although attendance was rather weak, the pay per view was loved by many and may be a window of things to come in the future.

As mentioned, attendance was weak enough to the point that WWE began to disburse free tickets to anyone who would take them; only about 8,000 tickets sold of the 11,000 seat venue for Backlash, prompting WWE to try and make up for those lost 3,000 tickets. This can be attributed to a number of factors, but the major one is the start of the NFL season (games on Sundays), and relatively low awareness for a special occasion.

Since the introduction of the WWE Universal Title, the “Heavyweight” was dropped from the WWE World Heavyweight Title to now make it less meaningful. Still, Ambrose and Styles did not falter and still put on an absolute wrestling clinic at Backlash. Since AJ Styles is now WWE champion, this makes him such an important role and even sets him up to be the face of SmackDown.

Many had even thought that AJ Styles, upon entering the WWE in this year’s Royal Rumble (January 24, 2018 – 8 months ago already!), would never receive a chance to be one of the top guys for WWE. Well, now he has, and even though we are one episode into his reign as champion, Styles is relaxing and letting his “dad humor” flow and really proving that maybe he truly is the most phenomenal wrestler 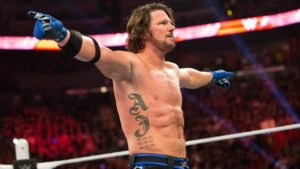 The Miz has really been reinventing himself as the classic, hateable bad guy in the wrestling world. This match was a spectacular clash of styles (no pun intended) and some interesting heel tactics, but The Miz retained and we are now waist-deep in his never-ending Intercontinental Championship reign.

All six of the women on WWE’s roster competed in a “six pack challenge” in order to become the first female champion at Backlash, and ultimately, Becky Lynch won. Despite this being advertised as a woman’s match (which can draw a groan from some viewers), the match was outstanding and is a showcase for how far the women have come from bra and panty matches and primarily being defined as attractive objects.

The Six Pack Challenge has a gimmick ruleset of only allowing two competitors in the ring at one time, while the other four brawl outside of the ring or act as “lumberjacks” (in that they attempt to remove the wrestlers from the ring). Despite the convolution of this match, it was still incredibly entertaining and showed that the women can still hang with the men in some respects – truthfully, I did not think Naomi or Alexa Bliss would be capable of picking another woman up and throwing her. Still, this match should act as a bastion for women’s wrestling, and inspire women everywhere that they too can follow their dreams.

SmackDown Tag Team Tournament to Crown the First Champions: The Usos vs. Rhyno and Heath Slater

Did you know Rhyno is now the Michigan Republican seat for the House of Representatives? Rhyno won his election by only 56 votes back on August 2, 2016. Now, Rhyno is the WWE Smackdown Tag Team Champion with Heath Slater, who has made a name for himself as an incredible comedy jobber. The team is a complete mismatch, with Rhyno’s 5’10 and gridiron-appropriate frame dwarfing even Heath Slater, who stands 4 inches taller. That is probably why this match was so entertaining. In addition, the Usos have begun to reinvent their image, but are still a lackluster team that anyone finds it hard to care about or relate to.

Setting up for a match later in the night, this happened on the Backlash pre-show card – nothing spectacular here, although The Hype Bros are an interesting team to watch in action due to the banter of Mojo Rawley.

This… this was an interesting match. For anyone who knows about SummerSlam 2016’s event last month, you are still questioning the legitimacy of the results and the ending. In short, Brock Lesnar opened Randy Orton “the hard way” (with elbows straight to the crown, causing the skin to split and blood to ooze out at an uncontrollable rate – it’s disgusting, go watch it if you can stomach it) and caused some mass confusion. Since WWE had disavowed the use of “blading” (using a fine razor blade to create a small cut, allowing skin to be broken with less effort and thus, blood is drawn with little physical damage), the choice was apparently made to trust Brock Lesnar enough to allow him to physically assault Randy Orton until he bled.

Randy Orton has suffered from concussions. Like, numerous times.

So… why even bill this match at Backlash, not even a month later? Randy Orton was not cleared for the time frame to return and take in this match, so the match was quickly scrapped and Kane was sent out instead. This should have been at the bottom of the card, instead of the women’s match, as this is one of those moments that makes you scratch your head and realize wrestling really is still a carney business. 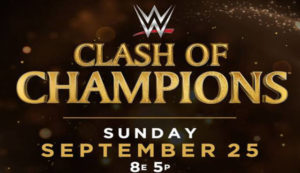 The Next Pay Per View

Coming up next on WWE’S Pay Per View is the Clash of Champions, which has been reworked from “Night of Champions.” Now, Clash of Champions is a RAW-specific show, but so far, we do have confirmation of four matches. The biggest confirmation is Kevin Owens, defending his Universal Title, facing Seth Rollins in his first defense. In addition this match, The New Day will be defending the WWE RAW Tag Team Titles in a match against The Club, and Charlotte will be defending the WWE RAW Women’s Championship against Sasha Banks, who just returned recently from a sabbatical to heal.

Clash of Champions will be live on pay per view and the WWE Network on September 25, 2016, and will be succeeded 2 weeks later by the No Mercy pay per view on October 9, 2016.